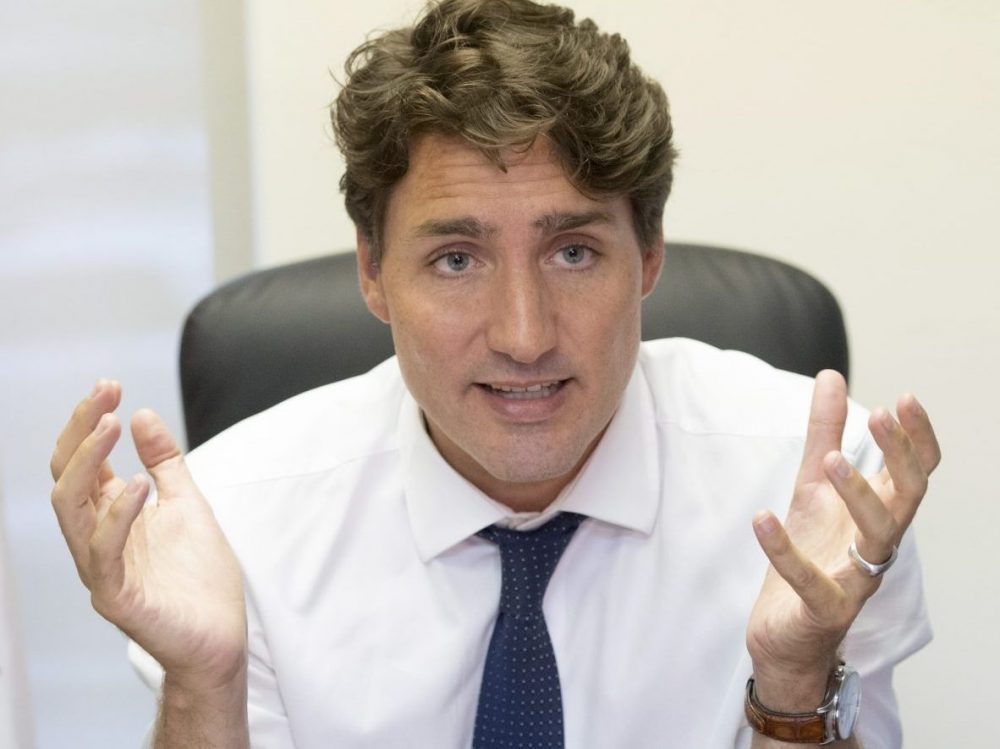 Justin Trudeau’s carbon dioxide tax can make us richer. Amazing! And it must be true: Stephen Harper’s former policy director says so. Even more amazing is that the higher the carbon tax goes, the more Canadians of all income levels can benefit. That’s according to a report sponsored by Canadians for Clean Prosperity, the carbon-tax lobby group headed by former Conservative policy wonk Mark Cameron.

Take carbon-intensive Alberta. The report says that as long as the carbon-tax revenues are distributed back equally to individuals through lump-sum cheques, Alberta households can expect net benefits of $442 to $648 next year when the carbon price is $20 per tonne. The payout of carbon taxes will supposedly be $1,005 to $1,428 when the tax jumps to $50 per tonne in 2022.

Households in Ontario and Saskatchewan — the other two provinces included in the report — would also benefit. As in Alberta, the report finds that a higher carbon tax would mean more benefits to households. If that’s so, why stop at a $50 carbon tax? Let’s make it a $500 carbon tax and we can all retire early.

But taxes on business are paid for by people who live in households. When carbon taxers say “business and industry” will pay, that means the people really paying the tax are entrepreneurs and investors who own businesses, workers who are employed at businesses, landlords who rent to businesses, and consumers who shop at businesses.

The Clean Prosperity report accounts for the direct cost to consumers of carbon taxes. But what about the lost jobs, lower wages, and reduced corporate profits that would result from higher carbon taxes? Business decisions to expand or close, or to increase or cut investment and hiring, depend on expectations of after-tax profits.

The theoretical benefits of the Clean Prosperity carbon tax rely on an assumption that higher taxes won’t cause business closures, job losses or reduced capital investment. Their carbon tax proposal isn’t just on shaky ground — it’s grounded in an alternative magical universe where business decisions are made independently of profits, and where taxes on businesses generate government revenue without anyone paying the cost.

In reality, the sure effect of Clean Prosperity’s carbon tax would be to reduce Canadians’ incomes rather than benefiting households. Since hydrocarbons play an important role in earning and spending income, a carbon tax functions like an income and consumption tax, except it is even more economically damaging because, by design, it is levied unevenly — it targets carbon-intensive activities.

Meanwhile the sort of tax refund that Clean Prosperity proposes — equal lump-sum cheques to each individual — does nothing to reduce the negative effect of high income-tax rates, which is only exacerbated by layering carbon taxes on top. The Clean Prosperity carbon tax combines a very economically damaging carbon tax with a tax cut that provides only minimal economic benefit.

The net effect would be to hurt the economy and reduce incomes. The net gains Clean Prosperity claims would emerge from its proposal are a mirage. There is no free carbon-tax lunch.

Matthew Lau is a writer in Toronto and contributor to Canadians for Affordable Energy.