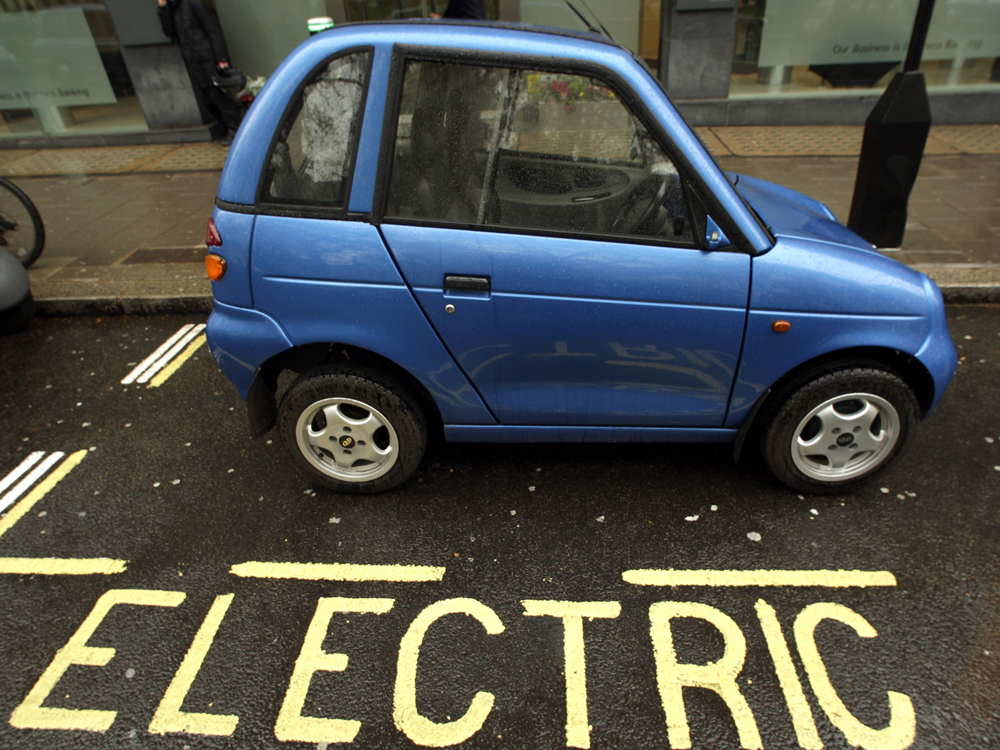 The Ecofiscal Commission in its latest report, seemingly shifted from its position that carbon prices were so excellent at mimicking market forces that the tax could repeal and replace virtually the entire vast expensive gallimaufry of subsidies, caps, rules and regulations that are costing Canada. As some Ecofiscal commissioners wrote just a few months ago, policies that “dictate specific technologies or methods for reducing emissions constrain private choice and increase costs” and were a bad idea. But, in this latest report, the commission is now musing about the benefits of carbon-tax “signal boosters”: that is, subsidies and rules to, for instance, get people to start buying electric vehicles (EVs). It’s hard to blame the commission for falling like everyone else for the electric-car mania that’s sweeping the nation and the world. So far, because nobody’s really driving these miracle machines, said mania has been limited to breathless news about how the electric-vehicle revolution is about to rock our world. EVs comprise just two-tenths of a per cent of all passenger vehicles in North America. - National Post

Quebecers Have More To Gain From Alberta Oil Than They Think

According to some commentators and politicians, the only thing Quebecers get from Albertan oil production is potential problems, in particular related to the transport of hydrocarbons, while the benefits are concentrated out West. Montreal mayor Denis Coderre, for instance, has been outspoken in his opposition to the Energy East pipeline, downplaying its economic benefits. Those benefits, however, are both substantial and widespread, as shown by a new study that has just been published by AppEco on behalf of the oil industry. In it are found some figures that shed new light on this heated debate.- Huffington Post

Alberta Premier Rachel Notley took aim Tuesday at pipeline opponents in British Columbia who, in her words, would harm "working people" in their quest to block oilsands development and exports. "Some say that to fight climate change, we have to leave our energy industry — and those working people who live in it — behind," Notley said in a speech to the Stampede Investment Forum, an annual gathering of international and local investors in Calgary. - CBC News Calgary

NDP leadership contenders square off in Saskatoon on climate change

NDP leadership contenders vying for the same job found some common ground Tuesday night in their vociferous opposition to Saskatchewan Premier Brad Wall and Manitoba Premier Brian Pallister on carbon pricing. Candidates Manitoba MP Niki Ashton, Quebec MP Guy Caron, Ontario MP Charlie Angus and Ontario legislator Jagmeet Singh all took aim at Wall for his strident opposition of Ottawa's plan to put a price on carbon emissions. The premier has vowed to go to court if the province is forced to adopt it. - CTV News

Saskatchewan’s natural gas distributor has applied for a delivery service fee increase that would result in the average residential customer paying $1.65 more per month — just over two per cent of their bill — effective Nov. 1. SaskEnergy moves about 50% more gas than it did in 2009 — a result of the province’s growing population — leading to increased maintenance and monitoring costs, the Crown corporation’s president and chief executive said Tuesday. - Regina Leader Post

Oil rose above $48 a barrel on Wednesday in response to a fall in U.S. fuel inventories and a cut in the U.S. government's forecast for crude output and despite OPEC suggesting the oil market will see a surplus next year. U.S. crude inventories fell by 8.1-million barrels, industry group the American Petroleum Institute said on Tuesday, much more than the forecast. - Reuters

OPEC's oil production rose again in June, driven by increases in Libya and Nigeria and as top exporter Saudi Arabia reported it pumped more than it agreed to last year. The producer group's total output jumped by about 393,500 barrels a day to a total of 32.6-million barrels a day last month, according to independent assessments cited by OPEC in a monthly report. The increases came despite the producer group extending a deal to limit production in May. OPEC and other exporters including Russia have agreed to cut their output by 1.8-million barrels a day from October levels through the first quarter of 2018. The cuts are aimed at shrinking global stockpiles and boosting oil prices. - CNBC

A coalition of American states, cities and businesses that have pledged to stick with the Paris climate pact will team up with experts to quantify their climate commitments and share their plans with the United Nations, vowing to act in spite of the Trump administration’s exit from the accord. President Trump said last month that the United States would withdraw from the Paris deal, isolating the United States on the world stage. - The New York Times

State Labor governments are expected to informally endorse a Clean Energy Target at the Council of Australian Governments energy council meeting in Brisbane on Friday, a move which will embarrass the Turnbull government which has delayed a decision on the key recommendation from the Finkel review. - Financial Review

Iraq says it will offer new oil and gas exploration rights as it looks to boost energy revenues to fund its war against the Islamic State group and shore up its finances amid low oil prices. Iraq has the world’s fourth largest oil reserves. This year, it added 10-billion barrels, bringing its total reserves up to 153.1-billion. Low oil prices have taken a heavy toll, as some 95% of the country’s revenues come from the energy sector. - Calgary Herald