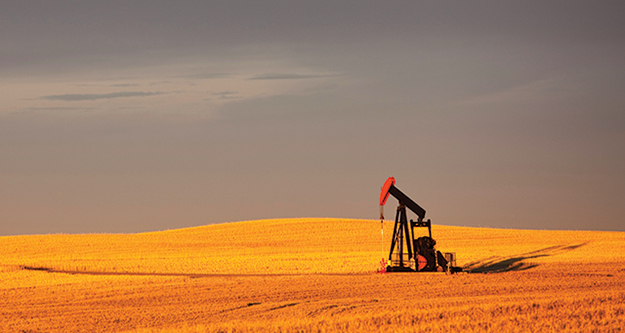 Despite sagging commodity prices, oil and gas producers have not signalled intentions for major spending cuts or curtailed development, with production activity remaining on an upswing, according to a new report. Analysts at CIBC World Markets estimate in the report that energy companies have been issued licenses to drill about 4,600 wells in western Canada so far this year, more than double levels recorded a year ago. Nearly 3,000 wells have been completed in 2017, which means they are ready to begin production, up by roughly 65% from year-ago levels. The completion activity is also slightly above what was reported in 2015, but well below the pre-recession boom of 2014 when nearly 5,000 wells had been ready for production by this time of year. - Calgary Sun

Conservation is the key to putting a lid on global warming

Renewable-energy production continues to rise at double-digit rates. Surely, oil is a sunset industry and output of carbon dioxide, the main greenhouse gas, will soon peak, then fall rapidly. Not so fast. The problem with this utopian scenario is that electricity consumption is rising so rapidly that carbon-free energy production – from solar panels, wind vanes, hydropower, biomass and other clean sources – can’t possibly keep pace. According to the U.S. Energy Information Administration (EIA), global electricity generation is expected to rise 69%, to 36.5-trillion kilowatt hours, between 2012 and 2040. If fighting climate change demands burning less coal, oil and natural gas, and renewable energy can’t keep up with the relentless global demand for energy, what’s the solution? As radical as it sounds, it’s conservation. - Globe and Mail

The future is looking bright for solar energy careers in Alberta. Just weeks after the official launch of Energy Efficiency Alberta’s two-year, $36-million residential and commercial solar program, the industry is already hiring. Homeowners in Alberta will receive up to 30% of the cost of solar-panel installation, to a maximum rebate of $10,000. Businesses and non-profit groups are also eligible for up to 25% of system costs, to a maximum rebate of $500,000.  - Edmonton Journal

Canada's Liquid Natural Gas failure is its own fault, according to Seven Gen founder

The Canadian natural gas industry shouldn’t blame environmentalists, First Nation communities or the government for its failure to get LNG export infrastructure built. It should blame itself. That’s the view of Seven Generations Energy founder Pat Carlson, who stepped down as chief executive officer of the Calgary-based natural gas producer last month. Carlson, who made community relations a hallmark of Seven Generations’ culture, says the industry needs to do a better job of involving those most affected by its operations. Businesses can’t rely on the government to push projects past the objections of local communities, said the 63-year-old Carlson in a wide-ranging interview with Bloomberg News. World Oil

U.S. will meet Paris accord commitments even if Donald Trump withdraws, says report

The plummeting cost of renewable energy means even if Donald Trump pulls the US out of the Paris climate change accord, America will still meet its commitments in the agreement, a new report has said. Analysts at investment company Morgan Stanley say prices for clean energy will soon sink to lower than more polluting sources. With the exception of a few countries in Southeast Asia, renewable energy will be the cheapest form of power in almost every country by 2020, the report said.” - The Independent

The American Petroleum Institute, the nation's biggest and most influential lobbying group for the oil and natural gas industry, is fighting nuclear power subsidies across the U.S., poised to oppose any efforts to expand renewable electricity, and telling the Trump administration that its study on the power grid better not hurt natural gas in an effort to help coal and nuclear energy. The entry of API into the debate over power generation is a turning point in an industry long dominated by coal and nuclear energy. It's also a shift at an organization traditionally known for focusing on drilling and the transportation sector. API's members, including Exxon Mobil Corp., and Royal Dutch Shell, are increasingly producing natural gas, and now the group is fighting to make sure that fuel becomes America's dominant source of electricity. A decade ago, coal powered almost 50% of U.S. electricity. By last year, that figure had dropped to 30%, and natural gas has made up most of the difference. - Axios

Those who don't support coal 'are delusional': Malcolm Turnbull

Prime Minister Malcolm Turnbull has mounted a defence of coal-powered electricity, saying those who think the resource doesn't have a future are "delusional." Addressing the Liberal National Party state convention in Brisbane, Mr. Turnbull hit out at the state Labor government's "reckless" plans to ensure Queensland's energy supply is carbon neutral by 2050 and said Australia had an interest in ensuring the future of coal. "Those people who say coal and other fossil fuels have no future are delusional and they fly in the face of all of the economic forecasts," he told the crowd of party faithful. "We know what happens if you allow left-wing ideology and politics to drive your energy policy. You get unreliable and unaffordable power, and business is driven out of your State," he told the crowd. He said as the world's largest exporter of coal, Australia had an interest in demonstrating that clean-coal could play a role in a low-emissions energy future. - Australian Financial Review

Explorers sitting on vast quantities of undeveloped gas in the Northern Territory are cautiously optimistic that the territory may relax its moratorium on fracking despite an interim report on the controversial technology outlining several risks to water and land that need careful management.  - Australian Financial Review

Queensland's state-owned power generators CS Energy and Stanwell Corporation operated within the law and were not using their large market share to push up power prices for big industrial customers, state Energy Minister Mark Bailey said. Federal Energy Minister Josh Frydenberg wrote to the Australian Energy Regulator to look into allegations of price-gouging and strategic rebidding by Queensland's government-owned companies. State-owned generators account for about two-thirds of the Queensland electricity generation market and the lack of competition in the northern state has long been on the radar of Australian Competition and Consumer Commission chairman Rod Sims. - Australian Financial Review

Gold Coast businessman Jy Lovett, of AMEC Plastics, is among those facing big hikes. He said it potentially meant job losses. “If those increases continue we will have to pass those costs on to customers, which they won’t stand for and (it) will make us uncompetitive with China, or (we have to) find somewhere else to make up the difference,” he said. The Chamber of Commerce and Industry said its survey was showing preliminary signs that 20% of businesses would have to sack staff because of electricity prices. The big drivers of electricity price increases, according to market experts, is the closure of coal-fired power stations in southern states and the tripling in gas prices in the past three years caused by the LNG exports. - Australian Financial Review