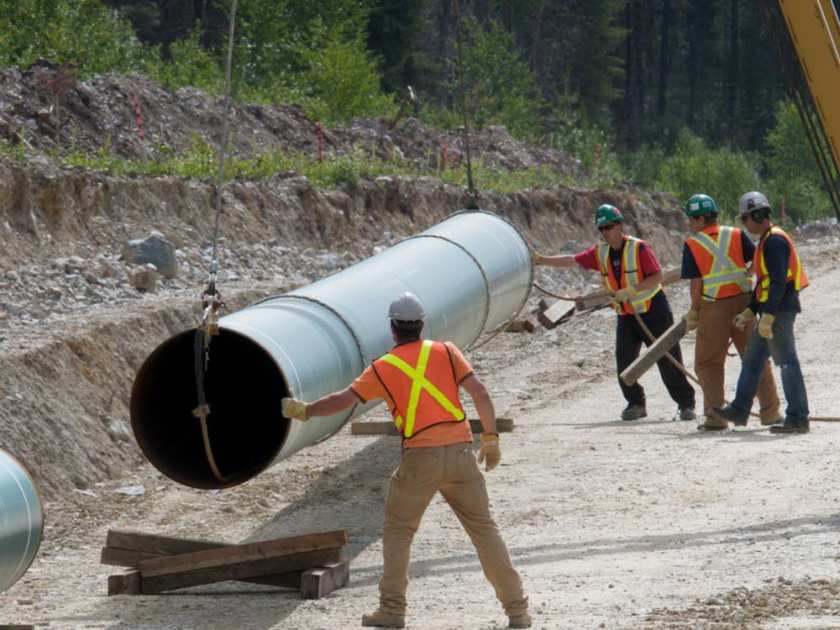 The Trans Mountain pipeline expansion remains on track to begin construction in September, Kinder Morgan Canada president Ian Anderson said Wednesday in the face of environmental and political opposition that threatens to derail the project. Anderson, speaking on Kinder Morgan Canada’s first quarterly earnings call since it went public in May, said he looks forward to working with the new NDP government of British Columbia Premier John Horgan, who was sworn in a day earlier. “I’ve worked co-operatively with several provincial and federal governments over the years on the development of this project,” Anderson said. In Horgan, Anderson faces a premier that has vowed to use whatever means he can to stop the $7.4-billion project because of environmental concerns. - Calgary Herald

The Cost of hydro rose at 4 times the rate of inflation from 2008 to 2015. The price of electricity grew significantly faster in Ontario than everywhere else in Canada over the past decade, according to a study to be published Thursday. The report by the Fraser Institute, which used data from Statistics Canada, shows from 2008 to 2016 residential hydro costs in Ontario rose 71%, while the average increase across Canada totalled 34%. "Policy choices by the Ontario government have been the leading drivers of increased prices," reads the report. - CBC News

SaskPower wants to rely on wind to meet 2030 emission targets

SaskPower says it will rely on power generated by wind to achieve its goal of reducing greenhouse gas emissions. SaskPower raked in $46-million in profit in the last fiscal year, up from $26-million for the 15-month period from January 2015 to March 2016. The Crown​ put nearly $1-billion into the province's electricity system in the 2016-17 fiscal year, according to its annual report. Those dollars went towards the aging power grid, growing demands and environmental commitment. - CBC News

It is widely held by scientists that solar technology is key in building a clean, renewable energy infrastructure — but the environmental damage caused by mining the metals needed to produce solar panels creates an ecological conundrum. As B.C.'s mining industry grows to meet this new demand, it needs to limit its fuel emissions, chemical use and damage to nearby water sources while harvesting the sought after materials. - CBC News

Gov. Jerry Brown and legislative leaders managed to extend California's cap-and-trade law thanks in part to tax breaks that benefit businesses and agriculture, which helped bring support from Republicans and moderate Democrats. Businesses have been concerned about the costs of addressing climate change and say the tax relief will help them compete with rivals in other states. But the tax breaks have angered some on the left who characterize them as giveaways to corporations. A new tax exemption on some renewable energy and agriculture production equipment will cost the state an estimated $88.5-million annually, according to a legislative analysis. - U.S. News & World Report

The Republican-led U.S. House of Representatives said two bills passed through their chambers that would ensure the country remains "an energy powerhouse." House bills passed that would avoid a presidential permit process for cross-border pipelines. U.S. President Donald Trump during his first weeks in office stepped in to get the Keystone XL oil pipeline approved after years of lengthy review. Four additional bills advanced out of committee to promote energy security. "The United States is an energy powerhouse around the world [and] we want to keep it that way," Rep. Markwayne Mullin, R-Okla., said in a statement. "We want our country to compete freely in the global markets and continue to positively benefit our economy." - UPI

On May 22, a day before the release of the Trump budget, senior Energy Department officials completed a presentation about a proposed 69% cut in the Office of Energy Efficiency and Renewable Energy. The first slide featured sunny photos of an electric car charger, a wind turbine, a transmission stanchion, and a house with solar panels and an American flag. The second-to-last slide was not so upbeat. The proposal would mean a 30% reduction in staff. “Achieves cost savings by aligning workforce to smaller EERE program,” the slide said blandly. The next day, about 100 federal employees filed into the wood-paneled auditorium at the Energy Department headquarters to hear about the proposed changes. - The Washington Post

Prime Minister Malcolm Turnbull praised "clean coal" power stations but declined to give any assurance that the government would fund one, saying the government's preference is for the market to choose. Asked if he would be happy for the taxpayer to fund new "high efficiency, low emissions" (HELE) coal plant – as his ministerial colleagues Matt Canavan and Barnaby Joyce have urged – Mr. Turnbull said, "Well clearly, it's always better if the market delivers all of these solutions". The Prime Minister's remarks to the Economic and Social Outlook conference appear to deal a blow to advocates of public investment in clean coal plants, which include some coalition government members and the Minerals Council of Australia. - Australian Financial Review

Federal Energy Minister Josh Frydenberg says electricity affordability has become more crucial than carbon reduction, as stories of energy hardship mount and gas export restriction is set to play a critical role in easing prices. Speaking at The Australian/Melbourne Institute’s Economic and Social Outlook conference on Thursday, the Energy Minister said prices were the priority in solving an “energy trilemma” of high prices, carbon emissions and system unreliability. “Unequivocally we are focused, right now, on affordability,” he said. “We are getting daily hardship stories from the street, from regional communities, about the impact of higher prices is having on business. This is really hitting home.” - The Australian

The first signs have emerged of a sea change in the flow of gas around the east coast, and they couldn't have come soon enough. After more than 18 months of Queensland acting as a giant hoover, sucking up gas from as far south as the Bass Strait to feed the LNG refrigerators on Curtis Island, the picture changed this week. Market adviser Energy Edge points to what it regards as unequivocal technical evidence that shows gas from the Surat Basin coal seam gas fields has found its way some 2400 kilometres south for the first sustained period since early 2015. Leaving the technicalities aside for the moment, the development – if sustained – would mark a critical shift of dynamics in the stretched market, giving hope for a pullback in wholesale prices. In theory it signals a lessening of pressure on Federal Resources Minister Matt Canavan to declare 2018 a "shortfall year" under the new Domestic Gas Security Mechanism – a move that could result in export restrictions being slapped on Santos' GLNG venture. - Australian Financial Review

The much-discussed boom in coal-fired power in south-east Asia is being bankrolled by foreign governments and banks, with the vast majority of projects apparently too risky for the private sector. Environmental analysts at activist group Market Forces examined 22 deals involving 13.1 gigawatts of coal-fired power in Indonesia and found that 91% of the projects had the backing of foreign governments through export credit agencies or development banks. The majority of the money was coming from Japan and China, with the Japan Bank for International Cooperation (JBIC) involved in five deals and the Export-Import Bank of China (Cexim) involved in seven deals. All the deals closed between January 2010 and March 2017. The China Development Bank was the biggest development bank lending to the projects, imparting $3-billion, with a further $240-million in development funds coming from Korea’s Korea Development Bank. - The Guardian