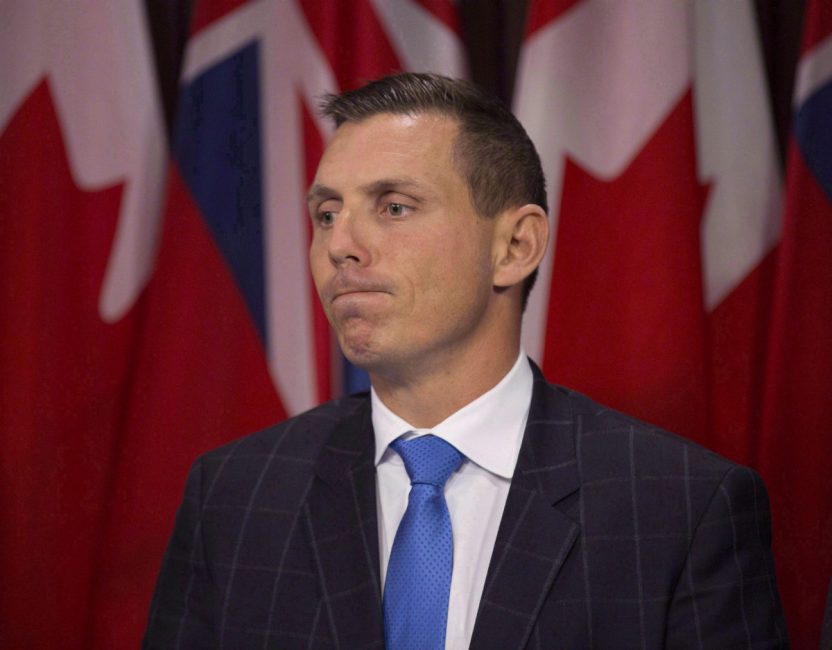 Hydro One’s $6.7-billion acquisition of an American utility could end up zapping Ontario ratepayers, predicts Progressive Conservative Leader Patrick Brown. “The purchase of Avista by Hydro One is the direct result of (Premier) Kathleen Wynne’s fire sale,” Brown said Thursday. “Hydro One is gouging ratepayers while using our money to buy up foreign companies. In the end, Ontario families will be left paying even more for hydro,” the Tory leader said. Brown noted Hydro One is applying to the independent Ontario Energy Board to increase electricity rates by about $141 per household annually. - Toronto Star

Ontario's green energy needs may not have increased in recent years, but that's not the trend that's happening in other parts of North America, says Martin Pochtaruk, president of Heliene Inc. A closure announcement earlier this month by the Siemens wind turbine blade factory in Tillsonburg, Ont., has suggested that Ontario's green-energy policy is faltering. But Pochtaruk, whose company manufactures solar panels on Allen's Side Road in Sault Ste. Marie, said markets outside of Ontario are doing well and demand is steadily growing there. “Demand increases have not existed in Ontario because the province's manufacturing industries are not growing,” Pochtaruk told The Sault Star. “But in other jurisdictions, the demand is increasing, some places, like the poorest of places, very rapidly and up to 100 per cent year over year because you go from people not having power at all to having something.” He said that until Ontario experiences greater growth and the need for more energy, power generation needs likely won't increase. - Sault Star

The public utility has installed a smartflower, a system for gathering solar electricity. When the device is not in use it resembles a large thick tear drop. When the sun comes out, it unfurls in a flower shape and generates solar electricity. Unlike many solar panels, the smartflower isn't stationary. It tracks the sun through the day before folding back up at night. On its website the manufacturer of the smartflower claims the device can generate up to 6,200 kWh a year. - CBC

Kinder Morgan's Trans Mountain pipeline expansion has a new Indigenous-led oversight committee, backed by the federal government, to monitor the controversial project's construction, which is slated to begin in September. The Indigenous Advisory and Monitoring Committee includes 13 Indigenous members, representing bands from Alberta to the B.C. coast, and six federal representatives including the National Energy Board, Indigenous leaders announced today. The committee backed by $64.7-million from the federal government will monitor controversial pipeline expansion. - CBC

Kinder Morgan gets permit to disturb farmland for pipeline expansion

As a new poll shows most Albertans want authorities to encourage more oil refining at home, the province’s energy diversification committee is busy preparing its report for the Notley government. The committee is examining how best to move the province up the value-added energy chain. Instead of simply shipping oil and natural gas out of the province, it’s looking for ways to diversify the sector. Committee co-chair Gil McGowan noted there is a strong public appetite “to re-learn the lessons of Lougheed” and, as Alberta’s 10th premier often said, think like an owner seeking to maximize value from their assets. With a new ThinkHQ poll finding three-quarters of Albertans want the government to increase the amount of oilsands upgraded and refined in the province, the group has some ammunition to advocate for a more proactive approach. - Calgary Herald

OPEC’s efforts to stimulate flagging prices are likely to fail once again because of its limited influence on the market, Mouhammed Choukeir, chief investment officer at Kleinwort Hambros, told CNBC on Tuesday. "Oil price has a life of its own…. You can see that since the beginning of the year clearly OPEC has tried its best to keep that oil price going higher and higher (but) it has failed to do so for a number of reasons," Choukeir said. The 14-member cartel and other oil exporting nations including Russia are trying to clear a global glut of crude oil by keeping 1.8 million barrels a day off the market through March. - CNBC

An engineering company's report on the future of twin oil pipelines beneath the Straits of Mackinac is flawed and biased in favor of continuing the existing system, critics said Monday. A business coalition said keeping oil flowing through the 64-year-old pipes is essential to Michigan's economy. - U.S. News

Canadian oil producers, hit hard by persistently low crude prices and a recent increase in the value of the loonie, could get a boost from a potential U.S. ban on oil imports from Venezuela. U.S. President Donald Trump’s administration is reportedly considering a ban on Venezuelan crude as part of package of sanctions to punish president Nicolas Maduro desire to change the country’s constitution and crackdown on political dissent. Analysts say Canadian heavy crude oil prices would improve if a ban on Venezuelan crude forced U.S. Gulf Coast refineries to the replace heavy volumes they source from the South American country. - Financial Post

Freeze out the bedwetters

The next federal election is a shoo-in for the Coalition. This statement may appear counter-intuitive, but is nonetheless true. The government has at its disposal the means to obliterate Labor and the Greens in 2019, and re-establish a healthy majority for a Liberal National government able to work with One Nation and the Australian Conservatives in the Senate. The battleground is climate change and energy poverty. But to win it, the government must first freeze out its many left-leaning bedwetters. The leader who goes to the next federal election with an unequivocal commitment to halt or scrap all current climate change policies until 2030 in order to guarantee cheap electricity for households and businesses will easily win. - The Spectator