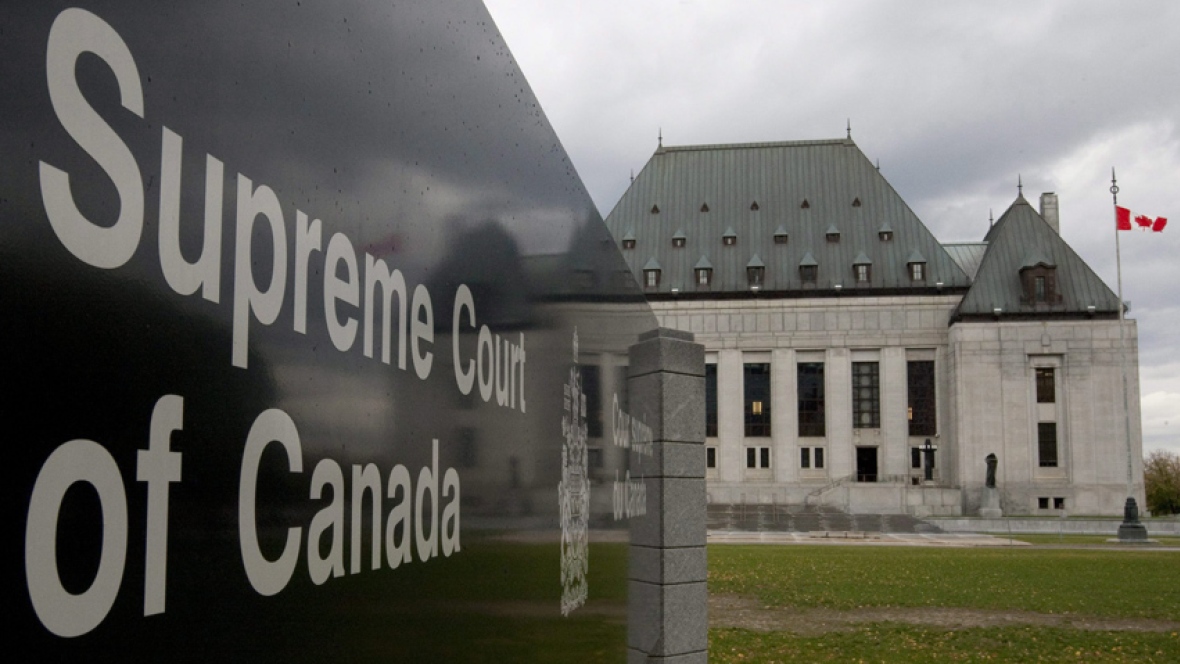 The Supreme Court's message: Be very careful tampering with the National Energy Board

Wednesday morning’s two Supreme Court of Canada decisions concerning the National Energy Board (NEB) and consultation with Indigenous communities regarding impacts on their treaty rights saw differing results but shared themes. In one decision, the Chippewas of the Thames lost their challenge to the NEB’s approval of Enbridge’s plan to reverse the flow of its Line 9 pipeline, and were even ordered to pay Enbridge’s legal costs. In the other, Inuit from Clyde River, Nunavut successfully argued that the NEB had not consulted properly on plans by a Norwegian consortium to do seismic testing for oil that had the potential to affect marine mammals. But despite the different outcomes, in both decisions the court reaffirmed the role of good consultation and the ways it is being done, when it is done well. And it has skillfully shown how the rules on consultation apply in the unique context of the National Energy Board in ways that have broader, intriguing implications. The decisions emphasize the importance of the role of the NEB as a highly experienced and highly qualified tribunal, with a very complex role that should not be tampered with lightly for the sake of political fashions. - National Post

Federal Environment and Climate Change Minister Catherine McKenna thinks it’s time for Premier Brian Pallister to show everyone his carbon-taxing cards. Sitting in the second-floor boardroom at the downtown offices of the Winnipeg Chamber of Commerce, McKenna said in an interview Wednesday that while she is "optimistic" that Pallister will ultimately reveal his long-awaited "made-in-Manitoba" approach to fighting climate change, she has also told the province in no uncertain terms that time is running out. Manitoba and Saskatchewan, the only provinces to withhold their signatures from the federal government’s climate-change framework agreement, have been told to deliver their own plans by the end of this year. - Winnipeg Free Press

Scientists are sucking carbon dioxide from the air with giant fans and preparing to release chemicals from a balloon to dim the sun's rays as part of a climate engineering push to cool the planet. Raymond Pierrehumbert, a professor of physics at Oxford University, said solar geo-engineering projects seemed "barking mad." By contrast, he said "carbon dioxide removal is challenging technologically, but deserves investment and trial." - CBC

Nuclear plants in New York will continue to receive payments collected from all in-state load serving entities (LSE) in recognition of their clean energy contributions. Those payments, which might be as high as $8-billion over a ten-year period, may also be as low as zero during years in which the average wholesale price of electricity rises to a level at which selling power becomes profitable for the qualifying plants. - Forbes

Central Maine Power company is providing an entry in the contest for the largest renewable energy contract in New England history — a proposal to bring enough green energy from Canada to power upward of a million homes in Massachusetts. The Maine utility wants to bring either hydropower, wind power or a combination across existing CMP corridors and newly purchased land in western Maine. CMP, part the U.S. subsidiary of Spanish utility giant Iberdrola, is partnering with two different suppliers on the plan, Hydro Quebec and NextEra Energy Resources. The electricity would travel along more than 90 miles of existing CMP corridors and 51 miles of newly purchased rights of way in western Maine, making for smooth sailing if a CMP partnership is chosen by Massachusetts, CMP President Sara Burns said. - National Post

How to reduce coal’s carbon footprint has been on Wyoming’s to-do list for some years as leaders have sought to extend the life of one of the state’s biggest industries. Coal’s key market, electricity generation, is facing increased competition from natural gas, putting Wyoming at a crossroads. Environmental regulations and growing renewable energy projects have further pressured coal. But projects like the Wyoming Integrated Testing Center in Gillette, which will advance ways to capture carbon dioxide rather than release it into the air, have grown in both prominence and importance. - Casper Star Tribune

Oil demand could peak in 10 years, says Shell CEO, sooner than others forecast

Demand for oil could peak by the late 2020s or early 2030s in a best case scenario, the CEO of Shell told CNBC, offering a faster timeline than other closely followed oil market prognosticators. To be sure, this does not reflect Shell's baseline scenario. For oil consumption to start declining in 10 years, policy and technology will have to develop very quickly to expedite the transition to cleaner power, Ben van Beurden, chief executive officer at Royal Dutch Shell, said on Thursday. - CNBC

The cheapest available 1500 megawatts of new power generation and 19 million tonnes of greenhouse gas abatement may be right in front of us – in fixing the existing fleet of ageing, inefficient coal fired power stations, GE says. Investment in maintenance and minor upgrades has been reduced to a bare minimum in the coal power fleet thanks to a decade of policy uncertainty, Chief scientist Alan Finkel's review of energy warned, leaving the Australian coal fleet less efficient than in other rich nations. Yet GE engineers reckon our coal fleet could be made more efficient – yielding 1000-1500MW of extra power and 19 million tonnes less carbon dioxide, or about 12% of National Electricity Market – at a cost of no more than $3-$6 a tonne of CO2, or $57-million to $114-million. - Australian Financial Review

Soaring electricity prices are becoming a drag for Australia’s weakened retail sector, with the latest round of increases likely to further crimp consumer spending, a new ANZ report says. The sharp increase in energy prices from July 1 will lead to the average Australian household facing a 10% jump in electricity bills and a 5% rise in gas bills, ANZ economists have estimated. That would translate into household energy bills going up by an average of $200 annually, or about 0.3% of annual income. The bill shock will result in reduced discretionary spending by households, adding to the challenges for consumer spending and putting Australia’s economic growth outlook under a cloud, the economists say. - The Australian