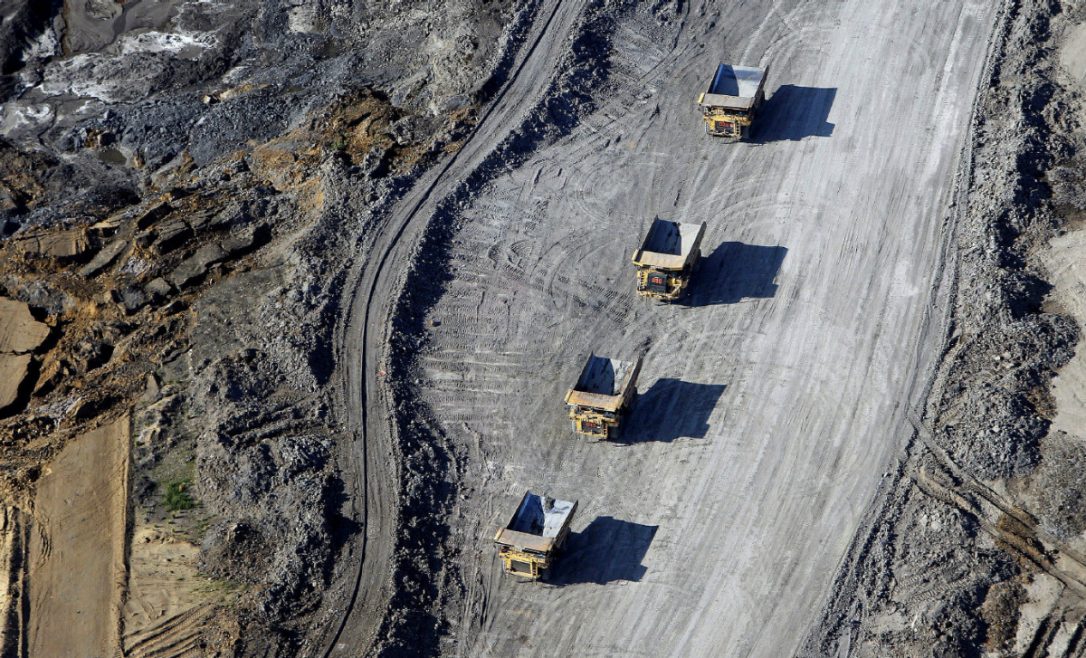 Why oil will remain relevant in the future: Olive

As the world strives to kick its oil addiction, the Canadian oilpatch is doubling down on the volatile commodity. And with due respect to conventional wisdom, it might win its bet in doing so. The International Energy Agency (IEA) says — wait for it — that oil demand won’t actually peak for another generation, until the mid-2040s. To be sure, some forecasters see peak demand as early as five years from now. But regardless, “peak” doesn’t mean an end to oil use. It just means that demand, still substantial, will have stopped growing. - Toronto Star

She asked, so here are some thoughts for Alberta's energy minister to get pipelines approved: Cattaneo

In a column in the Calgary Herald on Friday, Alberta’s energy minister, Marg McCuaig-Boyd, writes it is “false” there is a loss of support among major oilsands companies for her province’s climate leadership plan and asks this writer for suggestions about better ideas to get pipelines approved. Here are some thoughts… - National Post

Manitoba became the second province Thursday to raise the spectre of a court challenge against the federal government’s carbon-pricing plan. Premier Brian Pallister said he is seeking a legal opinion on whether the federal government has the constitutional authority to force provinces to either impose a price on carbon or set up a cap and trade system. - National Post

Conservative Leader Andrew Scheer says stickers showing origin of oil could increase support for Energy East. "I believe that if Canadians knew that a significant percentage of their energy was coming from countries like Algeria, even the United States, Saudi Arabia, there would be more local demand for Canadian products." Scheer said another argument for more Canadian oil coming to Saint John by pipeline is that foreign oil creates more emissions when it's transported across great distances in large diesel-burning tankers. - CBC

PC leader Patrick Brown says when experts talk about the province’s messed up hydro system, he listens. Brown made the comments after the Ontario Society of Professional Engineers released a stunning report which said the province dumped $1-billion worth of energy in 2016 because there wasn’t any need for the surplus power. Here’s what Brown had to say: “It verifies what we’ve been saying that we’re spilling clean, green Ontario water power ... And it’s not just water power. It’s steam off nuclear reactors and other forms of renewable energy. It shows that the Wynne government has signed so many long-term, bad, ugly contracts.” Brown went on: “I would immediately rip up the Green Energy Act. It’s been an unmitigated disaster.” - Toronto Sun

Alberta's NDP government hasn't wasted much time in bringing its climate change policies into effect. In the past six months, Albertans have started to pay a carbon tax on gasoline and home heating and they have been eligible for subsidies on LED light bulbs, insulation, windows and solar panels. The coal phase-out has been negotiated, and an auction is underway to bring more renewable power to the province. The provincial government has been galloping through the implementation of its plan, almost as though there is a deadline to hit. Which there may well be. There's a fair bit of political turmoil in the province at the moment, with the right of centre opposition parties, Wildrose and the Progressive Conservatives, considering a merger. They split the conservative vote in 2015 and have a common desire to kill the carbon tax. - CBC News

Alberta Finance Minister Joe Ceci is still insisting the government’s books will be balanced by 2023, even after his latest fiscal update Thursday showed the province ended 2016-17 with a $10.8-billion deficit and $33.3-billion in debt. The combination of supply, demand, technology and what RBC Capital Markets, in a recent note, called “the financialization of oil markets” are affecting prices. And that’s before political issues are factored. Alberta needs access to new markets for its crude oil and natural gas production. Without the confidence that pipelines will be built, significant investment dollars will not be committed to Alberta, especially by foreign players.  That’s not good for the economy.  - Calgary Herald

Solar, wind and electric vehicles are now said to have such momentum that they are going to cause a peak in oil demand within as little as five years, according to the most optimistic projections. Costs have come down to the point where the Financial Times published an article titled, “The Big Green Bang:  How renewable energy became unstoppable.” This has been much cited around the web, especially by advocates of “green” energy, of whom there are many, but others as well. The IEA (Institutional Energy Agency) noted that wind power installations soared in China as builders rushed to meet a deadline for high priced power contracts, and then fell by nearly half in 2016. Overall, the embrace appears to be of subsidies, not green technologies.  In case after case, where subsidies or support is removed, sales suffer. - Forbes

President Donald Trump’s efforts to roll back coal and climate-change regulations aren’t discouraging a utility from making a $3.5-billion investment in wind energy, the bulk of which will build dozens of new wind turbines in the top coal-producing state. Rocky Mountain Power is ready to present its detailed wind plan to regulators in Wyoming, Utah and Idaho, utility officials announced Thursday. But the biggest part of the new plan will be building new turbines in Wyoming, the top coal-producing state. - National Post

A poll found more than half of Massachusetts residents say they would pay an extra $10 a month on energy bills, if it led to a reduction in greenhouse gases. Results of the survey conducted by the MassINC Polling Group could add momentum to passing legislation to institute so-called “carbon pricing.” Richard Pree of the Citizens’ Climate Lobby explains the proposal is to add a fee to heating fuels and gasoline and then distribute the proceeds to people in the form of rebates. "We think it is the single best thing that could be done to address the issue of global warming," said Pree. - WAMC

Polls consistently show a high level of environmental awareness in the U.S. However, awareness frequently does not translate into action. The use of environmentally friendly technologies such as solar and wind power has grown modestly, except where subsidized or mandated. In part, this is because they have been more expensive than their fossil fuel using counterparts. However, even as those costs approach parity, growth rates drop significantly when subsidies are removed.  - Forbes

U.S. President Donald Trump wants to build that wall, and then he wants to dig a pipeline right under it. Trump said in a speech at the Department of Energy that his administration has approved construction of a new oil pipeline to Mexico. The announcement Thursday came as part of a broader unveiling of White House plans to expand oil drilling in the Arctic and Atlantic oceans to push for U.S. “energy dominance” in the global market. - Toronto Star

Labour has accused the government of betraying millions of households after the energy regulator published proposals to extend a price cap for vulnerable customers that fell well short of the Conservatives’ election promises. Theresa May had pledged a price cap on energy bills for 17 million families during the general election campaign, but the policy was missing from the Queen’s speech. Instead, the business secretary, Greg Clark, wrote to the energy regulator asking it to safeguard “customers on the poorest value tariffs.” - The Guardian

Government investment in new power plants – Prime Minister Malcolm Turnbull's Snowy Hydro expansion, ex-PM Tony Abbott's new coal plant or South Australia's gas plant – would be "worst of all worlds" and raise the cost of power, says top economist Ross Garnaut. The Prime Minister is backing a plan to expand the capacity of Snowy Hydro by 2000 megawatts of pumped hydro storage to shore up the grid as more wind and solar energy enters the grid. And the Weatherill government in SA wants to build a 250MW fast starting gas generator to shore up the state's grid stability as its share of wind and solar energy soars above 50%. But Professor Garnaut says these interventions will deter private investment and risk serious damage to the National Electricity Market, and experience shows that markets allocate resources most effectively when there is genuine competition supported by public intervention to take account of external costs and benefits of private activities. - Australian Financial Review