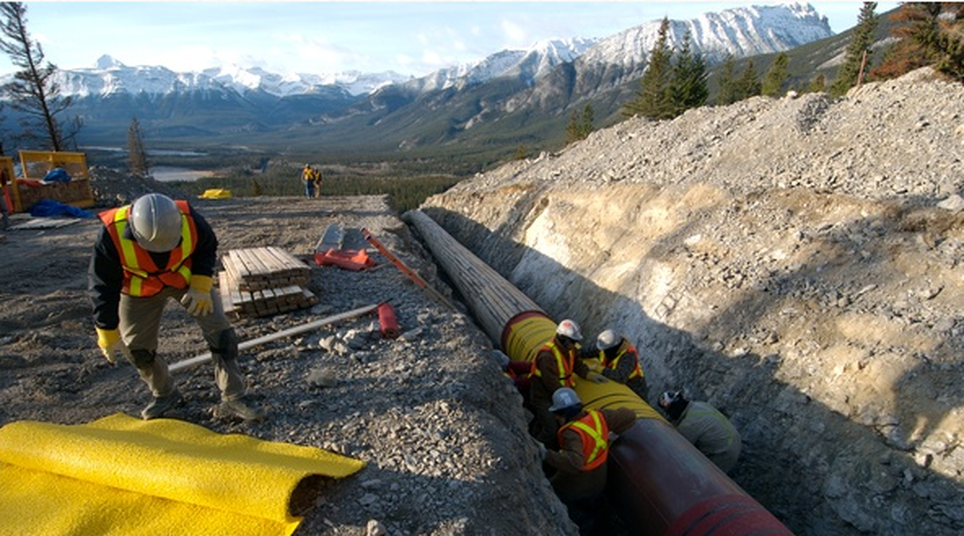 Canada at crossroads on oil and gas: Oliver

British Columbia’s new NDP government, supported by the Green Party, could seriously damage the Canadian economy and poison inter-provincial relations. The reason is its adamant opposition to the Trans Mountain oil pipeline expansion and ambivalence about the development of liquified natural gas (LNG). Trans Mountain’s future has come down to a looming political battle that raises questions about the kind of confederation Canada really is. Should one province thwart a decision of the government of Canada on a matter clearly within federal jurisdiction? Should it be allowed to block the flow of oil across a provincial boundary, severely hampering its neighbour’s ability to access international markets? Must our oil only be sold to the U.S. at a multi-billion-dollar discount to the international price, or worse, stranded in the ground, a worthless asset? That we still do not know the answers is a national disgrace. - Toronto Sun

If there’s one group that’s basking in the long shadow cast by Donald Trump’s ill-fated decision to withdraw the United States from the Paris climate accord, it’s business. In story after story, reporters and pundits are hailing businesses – large and small – as the would-be saviours of much needed progress in the efforts to curb the risks associated with climate change. But here’s the thing: It’s relatively easy and painless for businesses to pledge their allegiance to the Paris climate accord. For one thing, the agreement is non-binding, and has no enforcement mechanism, so talk can be sold on the cheap. We also live in a time when it makes decreasing economic sense for companies, especially utilities, to rely on greenhouse gas-intense fuel sources such as coal when more climate-friendly options – such as natural gas and renewables – are cheaper. - Globe & Mail

A federal appeals court in Washington has ruled that the head of the Environmental Protection Agency overstepped his authority in trying to delay implementation of a new rule requiring oil and gas companies to monitor and reduce methane leaks. - ABC News

Plans for a taxpayer-funded coal-fired power station in north Queensland have moved a step closer, with the federal government's Northern Australia Infrastructure Facility (NAIF) considering a project, and a decision due later this year. With growing opposition to using the $5-billion NAIF to fund coal projects, it can be revealed a new coal-fired power plant in the Top End has moved to the due-diligence phase. Federal Resources Minister Matt Canavan, who has championed both the Adani project and new base load power project in north Queensland, said Australia should not turn its back on next-generation technologies such as high-efficiency, low-emissions (HELE) coal, which are being built across Asia. - Australian Financial Review

Queensland has fast become the east coast's mainstay for electricity, with new evidence showing the closure of the Hazelwood generator in Victoria has made the southern states much more reliant on the coal-dominated north-east. While Queensland used to import electricity from NSW about 24% of the time, since the 1600-megawatt Hazelwood shutdown on March 31 there has been no single day when power has flowed north, according to an analysis by JPMorgan. The findings add further fuel to the argument that the power system across the eastern states has become increasingly vulnerable after the shutdown of several baseload stations, which have sent electricity prices soaring. - Australian Financial Review

The politically isolated Gulf nation of Qatar says it plans to boost production of liquefied natural gas by 30 per cent over the coming years. State-run Qatar Petroleum made the announcement in the capital, Doha on Tuesday, a day after Qatar handed over its response to a list of demands by Arab countries led by Saudi Arabia that have cut ties with their tiny neighbour. QP President and CEO Saad Sherida al-Kaabi said the production increase stems from a decision to double anticipated output from a new gas project on the southern portion of its vast underwater North Field. The increase will over time give Qatar the capacity to produce 100 million tons of liquefied natural gas per year, up from 77 million. - Financial Post