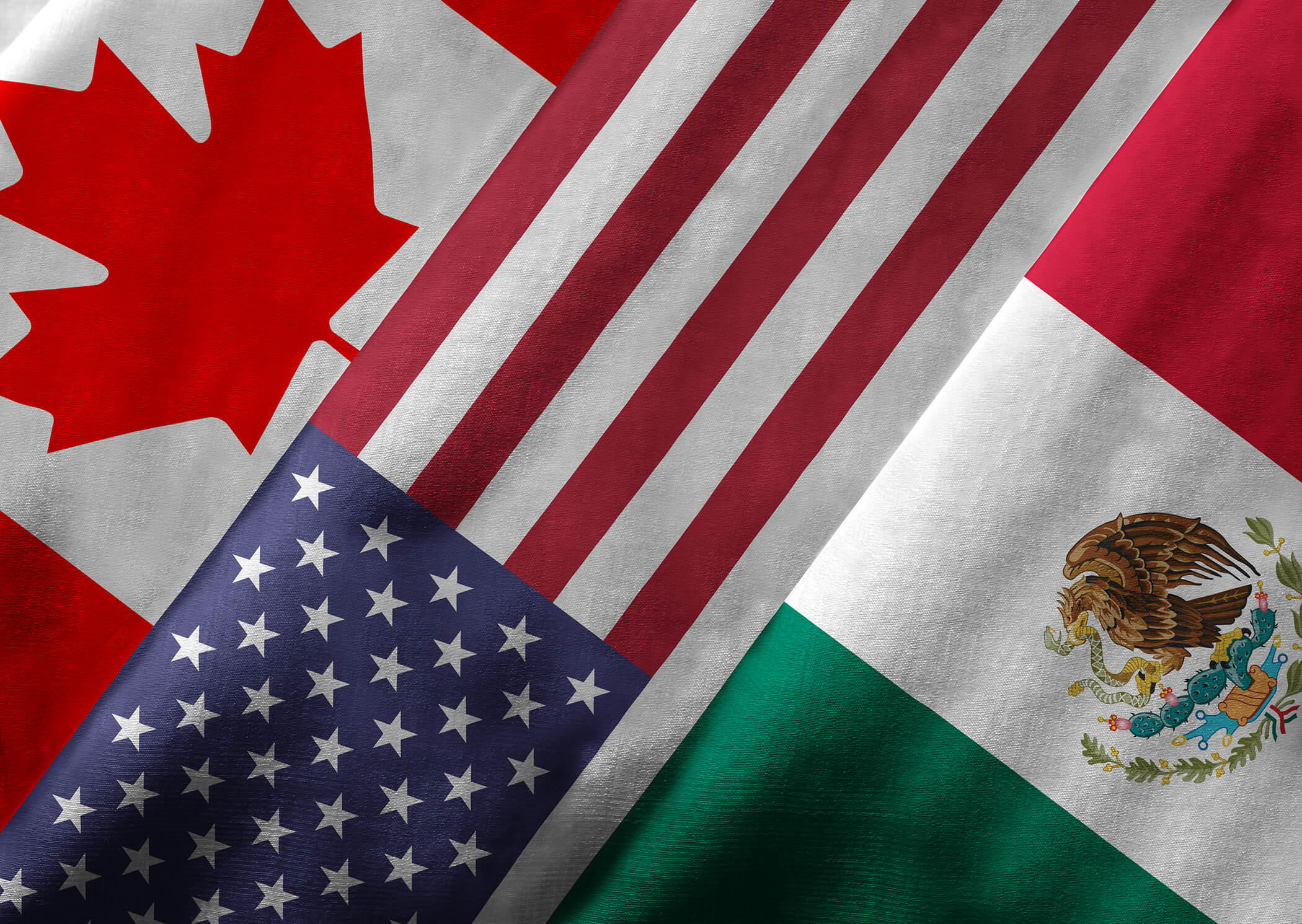 The U.S. has a unique opportunity to develop a “North American energy strategy” with Canada and Mexico, Energy Secretary Rick Perry said, striking a conciliatory tone with the other members of the North American Free Trade Agreement. While President Donald Trump has blasted NAFTA and moved to renegotiate it, Perry referred to the upcoming talks as a “massage” of the 1994 NAFTA deal, saying it presents an opportunity to bolster energy ties, not enact new trade barriers. “Energy is going to play a very important role.” His comments come at the outset of so-called “Energy Week” from the White House, as Trump works to reduce regulations on energy producers and jump-start energy exports. - Calgary Herald

Jim Pattison warns B.C. to stand down on threat of thermal coal levy

B.C. billionaire Jim Pattison, the largest shareholder in a coal-exporting site in British Columbia, has a message for Victoria – keep your hands off thermal coal shipped from Westshore Terminals Investment Corp. The BC Liberal government, which wants to impose a hefty carbon levy on thermal coal exports from B.C. ports, might be toppled by an alliance of the BC NDP and Greens. Industry observers say NDP leader Mr. Horgan, should he become B.C. premier, is unlikely to act as swiftly on thermal coal as Premier Christy Clark pledged to do. But Westshore still faces the political threat of a clampdown on thermal coal, which is used by power plants to generate electricity. - Globe & Mail

Natural gas rates are going up July 1 for most customers in Ontario. The Ontario Energy Board approved new rates for Enbridge, Natural Resource Gas Ltd. and Union Gas. The typical residential customer of Enbridge will see their bills rise by about $36 per year. The average Natural Resource Gas customer will pay about $25 more per year. Average Union Gas customers in the South and North East regions will pay about $40 more a year. Meanwhile, the typical Union Gas customer in the North West region will see their bill decrease slightly, by about $1.71 per year. - Global News

At a news conference Tuesday afternoon at Confederation Building, Newfoundland Premier Dwight Ball and Natural Resources Minister Siobhan Coady revealed the Liberals will undertake a formal review to determine how the estimated $12.7-billion Muskrat Falls hydroelectric project went so horribly wrong. A project update at the end of last week revealed another $1-billion in expected costs for the hydroelectric project, with costs set to ultimately hit taxpayers and ratepayers in Newfoundland and Labrador. - The Telegram

Alberta’s energy watchdog will place more scrutiny on the foreign investment flowing into Canada’s oil patch. Jim Ellis, chief executive of the Alberta Energy Regulator (AER), said on Tuesday that “we need to have a better view as to who is doing business in Alberta.” Mr. Ellis said it is a concern if inexperienced operators are taking up key positions in Alberta oil and gas companies, and the public body is now reviewing whether it has the tools to identify problems earlier. The regulator’s risk assessment needs to include an examination of the history of companies, he said, including whether Canadian oil and gas production is being funded by “offshore money coming into a company that has never done business like this before.” - Globe & Mail

The area of the Sullican mine in southeast British Columbia would likely have sat empty for decades if not for an initiative by the city to take it over and build a solar field. The project has since caught the attention of the mining industry as an innovative method of re-purposing old mining sites and generating revenue, even if the land is contaminated. As long as there are plenty of sunny days — or, in the case of wind farms, strong winds —  a company has an opportunity to recoup some of the expense of cleaning up a mine, which can cost tens of millions of dollars. The SunMine produces one megawatt of electricity, enough to power about 200 homes, but there is enough land to expand to 200 megawatts in the future, more than enough to power Kimberley, which has about 7,000 people, and surrounding communities. Teck donated the land to the city along with $2-million towards the $5.3-million project. Initial costs were high, because of legal fees and other one-time costs, officials say. The thought of mining companies investing in renewable energy may seem far fetched, but those in the industry say the sector is looking for opportunities that make financial sense. Apart from boosting their environmental reputation, renewable energy provides an opportunity for companies to generate revenue from old mining sites, while also reducing their greenhouse gas emissions and generating carbon credits. - CBC News

Prime Minister Justin Trudeau has tapped a long-time Canadian diplomat to step into a revamped role of Canada's ambassador for climate change. Canada hasn't had such an ambassador since January 2015. Jennifer MacIntyre fills the role as of Tuesday, with a mandate to push Canada's international relationships on the climate change file, including promoting Canadian clean technology businesses abroad. As such, she will not be on hand next week when Trudeau sits down with other G20 leaders in Germany where the Paris climate change agreement will be front and centre. Instead her role is to find ways for Canada to take advantage of any international opportunities for trade and investment that climate change policies bring. - CBC News

Mergers and acquisitions in Canada are set for the strongest start in a decade as foreigners sell their oilsands investments. There have been about US$132-billion of transactions recorded this year. Local companies snapped up these energy assets, boosting domestic M&A to a record. ConocoPhillips and Royal Dutch Shell Plc are leading the exodus amid a bear market for crude. Part of the reason international players have been selling off their oilsands assets is because they, on a relative basis, are more expensive and difficult to operate, said Luke Gordon, head of Canadian mergers and acquisitions for the Goldman Sachs Group. - The Montreal Gazette

An oil refinery under construction in northern Alberta — already dubbed a multi-billion-dollar boondoggle by a former Tory minister — is now even more expensive, triggering calls for an investigation by the province’s auditor general. A recent report by investment bank AltaCorp Capital estimates the Sturgeon plant near Edmonton, Canada’s first refinery in decades, will cost roughly $9.3-billion, up from the previous estimate of $8.5-billion. The provincial government, which was already on the hook to backstop the project with $26-billion in tolling payments, said it will have to pay more after construction costs increased by $800-million. - Calgary Herald

Governor of the Bank of Canada Stephen Poloz said in an interview with CNBC that it looks like low interest rates put in place in 2015 have "done their job" with assisting with recovery from the global financial crisis of 2008 and the decline in oil prices beginning in 2014. Poloz says the drop in oil prices set Canada's economy back — causing the Bank of Canada to compensate by lowering interest rates — but growth has returned to a more normal pace. - The Telegram

Oil edged lower toward $47 a barrel on Wednesday after an industry report said U.S. inventories increased, reviving concerns that a three-year supply glut is far from over. - Reuters

An Australian state will soon overtake Denmark to have the highest electricity prices in the world.

Bruce Mountain, from economics consultancy group CME, says South Australia will see a surge in household bills by Saturday when electricity retailers introduce an average rise of 18%. "My estimate is that the representative household in South Australia is paying a price that is a little bit higher than the representative household in Denmark or elsewhere and Denmark is known to be the highest," Mr. Mountain told ABC radio on Wednesday. Mr. Weatherill, the premier of South Australia, says the government's plan, which includes additional gas-fired generating capacity and battery storage for renewable energy, will bring much-needed competition to the market and put downward pressure on prices. "South Australia will go from having some of the highest energy costs in the nation to actually having some of the lowest," he said.  - Yahoo News

A $20-million budget measure aimed at providing rebates to businesses stung by high wholesale electricity prices has no start date. The State Government intervened in the market in May after businesses faced significant rises in wholesale electricity prices between February and May. This was the direct result of spikes in the National Electricity Market. Some businesses in the market faced a 97% rise in their contract prices because of factors such as the closure of the Hazelwood coal-fired power station, increasing gas prices and South Australian blackouts. - Gold Coast Bulletin

Royal Dutch Shell has established a new energy trading business in Australia and has already started work on mitigating the growing political risk of supply-side failure in the liquid natural gas drained east coast gas market. Shell Energy Australia recently signed its first gas supply contract with a Victorian customer and the plan is to trade actively in Australia's domestic gas and electricity markets. The immediate plan is that traders based in Melbourne and Brisbane will bypass existing market structures to deliver gas and electricity to, initially at least, commercial customers up and down the east coast. - Australian Financial Review