Affordable Energy News for Tuesday, May 30 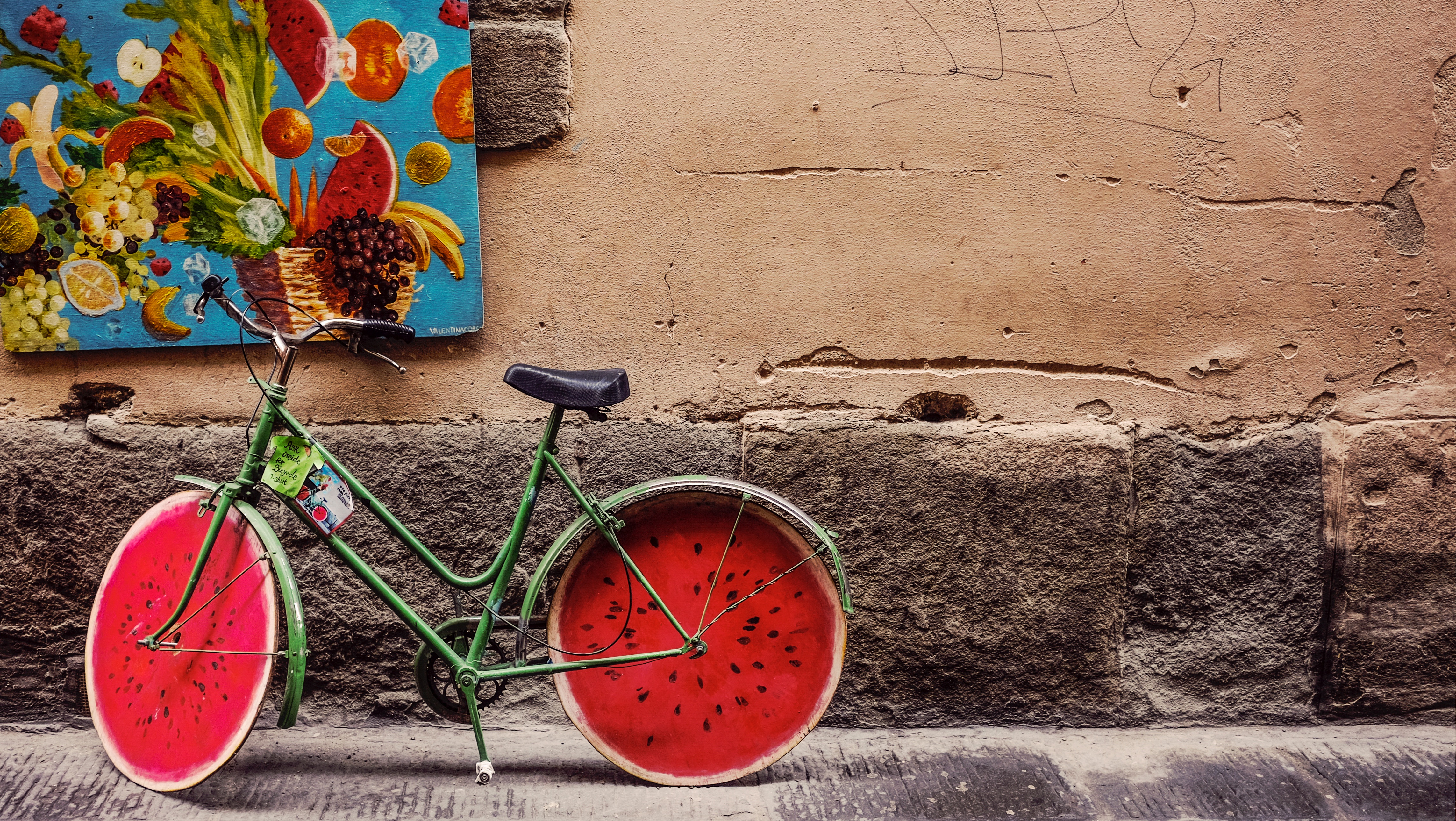 Green-NDP accord touted as a way to give B.C. certainty, provides Trudeau anything but

Despite the Federal Liberals approval of the Kinder Morgan pipeline, there is great uncertainty as to whether it will be constructed as we await further news on the possible joining of the British Columbia NDP and Green Party. Both Green Leader Weaver and NDP Leader John Horgan oppose the expansion of Kinder Morgan's Trans Mountain pipeline between Edmonton and Vancouver. Their pact comes just a day before the company is to make its initial public offering for shares in the $7.4-billion project. – CBC News

Trudeau stands by Kinder Morgan despite changing politics in B.C.

Prime Minister Justin Trudeau is standing by the Kinder Morgan pipeline project, even as the New Democrats and Greens in B.C. are teaming up to fight it. Trudeau said his Liberal government understands that growing a strong economy requires taking leadership on both the environment and the economy. His comments come as the anti-pipeline Green Party and NDP in British Columbia announced Monday they've come to an agreement that could cast doubt on the project's future. – CTV News

When Canada’s government decided to fund the nation’s first new refinery in three decades in 2012, a diesel shortage had just caused some truckers to be turned away from filling stations and demand was climbing. Oil-sands producers were ramping up output and crude prices topped $100 a barrel. Fast forward to 2017 and North West Refining’s Sturgeon plant in Alberta is poised to add 40,000 barrels a day of diesel to an already-glutted market. Crude is hovering around $50 amid surging North American output, oil-sands producers have shelved expansions and Alberta has just emerged from a two-year recession. Diesel demand is lower than it was two years ago and truck-fuel prices relative to crude oil are half their level from three years ago. – Bloomberg Markets

Energy Industry lobbies Trump to keep U.S. in Paris Accord

Husky Energy will begin work almost immediately on a major extension to the White Rose oilfield, which will create hundreds of construction jobs in the province and ultimately bring billions of dollars to the provincial government through taxes and royalties. The White Rose extension will be a small gravity based platform which will tie into the Sea Rose FPSO to pump more oil from the existing oil field. The concrete gravity structure will be built at a drydock in Argentia. First oil is anticipated for 2022, with an anticipated production of some 75,000 barrels per day produced by 2025. – The Telegram

Encana Corp. could close down its Deep Panuke natural gas operation as early as 2019. The Cangary-based energy giant recently published an expression of interest for a harsh environment jack-up rig to plug and abandon its four wells there, sometime between 2019 and 2021. – The Chronicle Herald

Even if it wins it loses: How OPEC is cutting itself into irrelevance as oil falls below US$50

Last week, the Organization of Petroleum Exporting Countries (OPEC) agreed to extend the production limits it brought in last November for another nine months; the largest non-OPEC producer, Russia, also signed on for the extension. And what did oil prices do? They dropped five per cent to below US$50 per barrel. Go figure. Clearly, oil traders had hoped for more—as in, deeper cuts to the November production targets. – National Post

Newfoundland and Labrador is moving ahead with a plan to enable net metering on the energy grid. Earlier this month, the Public Utilities Board (PUB) approved a net-metering program, which allows consumers to use solar panels or wind to generate their own power and feed surplus power back into the distribution system so they can access it later. But Gerry Skinner, who runs NewFound Energies, a company that installs solar panels and wind turbines, says an imposed cap of 200 kilowatt hours—the average homeowner uses 10-15—under a five megawatt provincial cap is a “major problem,” he said. – CBC News

Candidate Donald Trump repeatedly promised that he would, if elected president, withdraw from the Paris Agreement. He said, “We are going to cancel the Paris climate agreement [and] stop all payments of the United States tax dollars to U.N. global warming programs.” Under that agreement, so-called global warming would be limited by slashing carbon dioxide and other emissions from the burning of fossil fuels and concentrating instead on green energy development. One sign that President Trump intends to keep his promise followed the official dispatch from the G7 Summit in Sicily on Friday: He didn’t endorse it. – The New American

The Energy 202: Lobbying efforts gain steam on Paris climate accord

On Saturday, President Trump set much of the world on edge when said on Twitter that he will make his long-awaited decision on whether the United States will exit the Paris climate accord in the next several days. It was the tweet that launched a thousand pleas. Trump has before indicated that a decision on Paris was imminent without following through, but the world is taking this latest announcement—of an upcoming announcement—seriously. – The Washington Post

Why Do Federal Subsidies Make Renewable Energy So Costly?

On a total dollar basis, wind has received the greatest amount of federal subsidies. Solar is second. Wind and solar together get more than all other energy sources combined. However, based on production (subsidies per kWh of electricity produced), solar energy, has gotten over ten times the subsidies of all other forms of energy sources combined, including wind (see figure). According to the Energy Information Administration (EIA) and the University of Texas, from 2010 through 2013, federal renewable energy subsidies increased by 54%, from $8.6-billion to $13.2-billion, despite the fact that total federal energy subsidies declined by 23%, from $38 billion to $29 billion. – Forbes

Oil prices fell on Tuesday, pressured by concerns that production cuts by the world's big exporters may not be enough to drain a global glut that has depressed the market for almost three years. The Organization of the Petroleum Exporting Countries and other oil producers, including Russia, agreed last week to keep a tight rein on supply until the end of the first quarter of 2018, nine months longer than originally planned. – Reuters

US$100 carbon tax by 2030 could save climate, say economists

Economists say countries should ramp up the price of carbon emissions to as much as $100 per metric ton by 2030 to stop catastrophic global warming. Experts including Nobel Laureate Joseph Stiglitz and former World Bank chief economist Nicholas Stern say carbon dioxide should be taxed at $40-$80 per ton by 2020. They say prices should rise to $50-$100 by 2030 to give businesses and governments an incentive to lower emissions even when fossil fuels are cheap. In a report published Monday, they suggest poor countries could aim for a lower tax since their economies are more vulnerable. The Trump administration has rejected calls to introduce a carbon tax in the United States, saying it would cost jobs. – ABC News

The Scottish National Party has promised to fight for onshore wind’s inclusion in the UK industrial strategy alongside an “increased focus” on offshore wind and wave and tidal energy. SNP leader Nicola Sturgeon launched the party’s manifesto today promising to push the case for renewables across all sectors at Westminster. The manifesto promises support for carbon capture and storage as well as an overhaul of transmission charging. The SNP also promised to “urge the UK government to provide incentives for oil and gas companies diversifying into renewables." – reNews

Prime Minister Malcolm Turnbull and state premiers will receive the final report of a review into the electricity sector next week. Many mistakes had been made on energy policy in the past but his government would "solve the problem" of rising prices while keeping a lid on carbon emissions, Mr. Turnbull said. The comment came as coalition MPs endorsed legislation to allow the Clean Energy Finance Corporation to invest in carbon capture and storage. The CEFC is a statutory authority set up in 2012 to leverage investment in clean energy, including the renewable, energy efficiency and low emissions technology sectors. – The Australian

The Turnbull government has moved to pre-empt the findings of its chief scientist on energy market reform by ruling out an emissions intensity scheme and giving the green light to the Clean Energy Finance Corporation to invest in carbon capture and storage technology. The controversial moves came as a threat by Glencore to cease its copper processing operations in Queensland, primarily due to the volatility and cost of energy, was echoed by other manufacturers who said more refineries and smelters would close unless the price and security of energy was resolved. The move was welcomed by the Business Council of Australia as well as miners BHP Billiton and Rio Tinto but condemned by the Greens and environmental groups. – Australian Financial Review

Consumers could be robbed of cuts in power prices of as much as 25% if energy networks win a series of court battles against the regulator. In its State of the Energy Market annual report the Australian Energy Regulator has warned the cuts it has made to the price for electricity and gas distribution have acted to insulate consumers from the worst of the jump in wholesale gas and electricity prices. – Australian Financial Review

Industrial gas buyers have voiced worries that the planned Domestic Gas Security Mechanism will not rein in soaring prices on the east coast to an affordable level, despite assurances by the government. – Australian Financial Review

Victorians have avoided some of the steepest surges in household power prices across the country, but still face some of the highest power bills in the developed world. A new report on the state of Australia’s energy market found peak demand reached for electricity is rising and a lack of domestic gas supply is driving up prices. It found while electricity ­retail prices trended higher in 2016 on the back of rising market costs—up to 13% in NSW—Victorians were saved by significantly lower network charges, which offset the effect of rising wholesale costs. The report, by the Australian Energy Market Regulation, warned that coal generators were being retired and not being replaced which was removing significant capacity from the market and leaving a tighter supply—demand balance. – Herald Sun