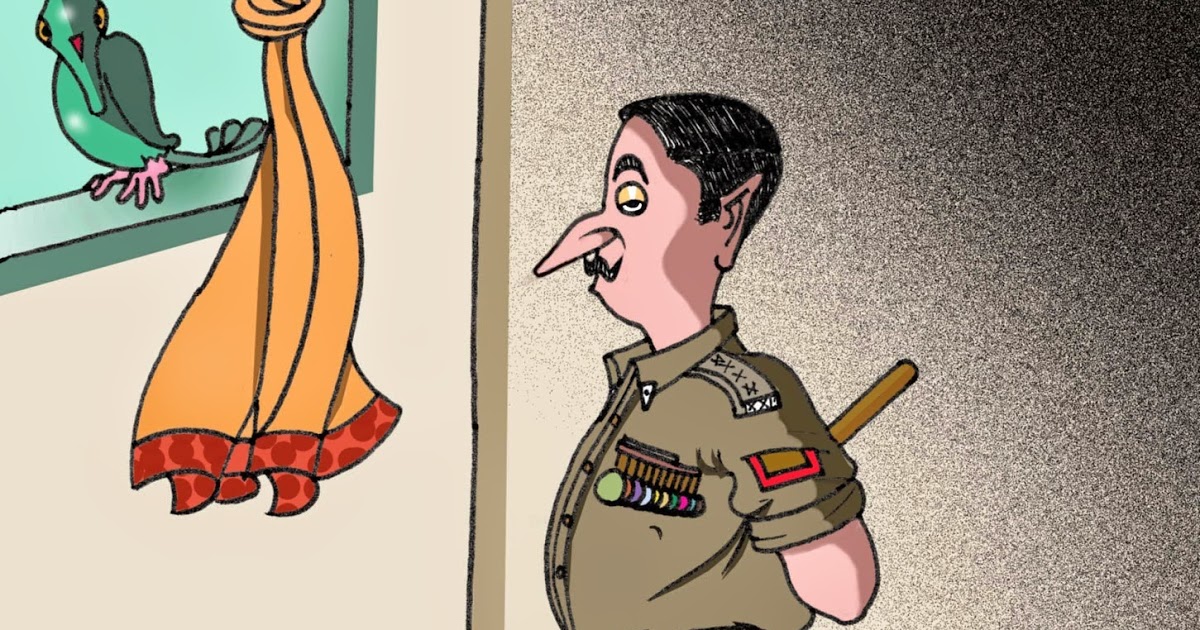 Any hope of a reasonable resolution to the Trans Mountain pipeline impasse dimmed Thursday, when a defiant British Columbia Premier John Horgan followed through with a lawsuit to confirm his province has jurisdiction to restrict an increase in bitumen shipments. Horgan, sounding a lot like a South American strongman dealing with reckless foreign profiteers, isn’t backing down on his opposition to the federally approved $7.4-billion project, despite Prime Minister Justin Trudeau’s plan to back it through legislation and financial help. - National Post

Why the B.C. First Nation with the most on the line is going to bat for Trans Mountain — Claudia Cattaneo

Chief Nathan Matthew of the Simpcw First Nation in British Columbia says no one in government, the green lobby, or First Nations opposed to the Trans Mountain pipeline expansion has ever talked to him about why his community stands behind the project. The 700-member Simpcw First Nation is one of 33 bands in B.C. that want the $7.4-billion expansion to go ahead. Another 10 bands in Alberta also support the project. Yet the Simpcw have more on the line than the vast majority of those who have an opinion. One third of the pipeline traverses its traditional lands in the B.C. interior, stretching from Jasper to Barriere, which means it has the greatest land exposure to the project. The First Nation also has a long history of looking after the pipeline, first built in 1953, through maintenance work and environmental monitoring, and considers it part of its stewardship responsibilities. “We have lived with this existing pipeline for about 60 years and we have real concerns about it, mainly about environmental issues, but it’s there and we see the broader context of the need for oil and gas to power our lives and our economy and we are realistic about that,” Chief Matthew said in an interview. - National Post

One of the many promises made by Justin Trudeau’s Liberals before taking power was a review of the federal environmental assessment process. The need for change on that front was highlighted when the courts overturned the Harper government’s approval of the Northern Gateway pipeline. But somehow, all the lessons which should have been learned from that failure seem to have been thrown out the window when it comes to Kinder Morgan’s Trans Mountain pipeline expansion. And in the face of an artificial deadline imposed by Kinder Morgan, we’re just now discovering how far Trudeau has gone in replicating the mistakes of his predecessor.  - Saskatoon Star Phoenix

Canada’s economy will “grind to a halt faster than you can say ‘free trade’” if B.C. gets the regulatory powers it’s seeking under a court reference filed Thursday, Alberta Premier Rachel Notley says. British Columbia wants the courts to rule the province has the authority to regulate the flow of oil through the $7.4-billion Trans Mountain pipeline expansion. The government has sent draft legislation to the B.C. Court of Appeal asking whether it has the right to enact tougher restrictions for companies — such as Kinder Morgan — transporting heavy oil like diluted bitumen through the province. - Edmonton Journal

The Petroleum Services Association of Canada has reduced its forecast for the number of oil and gas wells that will be drilled in Western Canada this year. The organization now says 7,400 wells will be drilled, down from a forecast last October of 7,900. The revised forecast is still higher than the 7,094 wells that were actually drilled in 2017. "Quite frankly it's not very exciting, because we're relatively flat," said Tom Whalen, the president and CEO of PSAC.  "We're only going to project about a six per cent increase over 2017.” - CBC News

Alberta Premier Rachel Notley says the B.C. government's attempt to get court backing in a bid to thwart the Trans Mountain pipeline expansion would put Canada in "economic gridlock" if it succeeds. British Columbia is seeking control over increased levels of diluted bitumen coming into the province because of concerns of increased risk to the environment. Notley says if the B.C. Court of Appeal agrees the government has the right to do so, that would open the door to provinces regulating all kinds of goods coming in from the rest of Canada — to the detriment of the economy as a whole. Notley says her government will seek intervener status in the court proceedings and she expects B.C. will fail. - Winnipeg Free Press

As Canada's attention is increasingly focused on the polarizing oil exports debate, another contentious energy export has been quietly gaining momentum. The humble wood pellet, once used mostly for small-scale home heating, has graduated to an alternative to coal in the hungry power plants of Europe and Asia with the disputed promise of carbon neutral energy. Foreign demand has spurred the growth of operations across Canada, as companies look to make use of waste wood to produce about $500-million a year worth of the product, said Gordon Murray, executive director of the Wood Pellet Association of Canada. "It was big in B.C., and then a few Alberta plants got involved, and then also in the Maritimes, and now we've got plants in almost every province." Exports jumped by 46% in 2016 compared with a year earlier to reach 2.4 million tonnes, according to the National Energy Board, while companies have since continued to make investments to further boost production. - CTV News

The federal finance department is now under investigation by the Office of the Information Commissioner for their refusal to release data about the financial costs of a carbon tax per household. Responding to a complaint made by Conservative finance critic Pierre Poilievre, the office headed up by Caroline Maynard has begun investigating whether the department violated sections 21 and 18 of the Access to Information Act. Poilievre, the MP for Carleton, had filed an access request asking for government documents that explain the projected annual costs per household of the carbon tax. Prime Minister Justin Trudeau plans to impose a carbon tax on every province in Canada that will be $50 per tonne by 2022. Documents shared with Postmedia show that while Poilievre received a response, the pertinent information was redacted. One document is a memo sent to deputy finance minister Paul Rochon with the subject line “impact of a carbon price on households’ consumption costs across the income distribution.” - Toronto Sun

Canadian pipeline operator TransCanada Corp reported a 14% rise in first-quarter profit on Friday, helped by booming use of its oil and natural gas pipelines in the United States. Canada’s oil output hit a record last year, but transportation infrastructure has failed to keep up with the growth. With pipelines nearly full and rail capacity limited, a glut of crude has weighed on Canadian oil prices. TransCanada said earnings from its Canadian natural gas pipelines fell 10.2% to $253-million, while earnings from its U.S. pipelines, including the Keystone XL, rose 15.5% in the quarter ended March 31. Net income attributable to common shares for the first quarter rose to $734-million, or 83 Canadian cents per share, from $643-million, or 74 cents per share, for the same period in 2017. Revenue rose $3.42-billion from $3.41-billion. TransCanada said it expects to invest more than $21-billion in the near term, including the Keystone project. It had earlier earmarked $23-billion. - Globe & Mail

As fuel prices surge, there's no sign the provincial government will revisit the higher gasoline and diesel taxes it imposed in 2015 when pump prices were low. On Thursday morning, New Brunswick's Energy and Utilities Board raised the maximum amount retailers could charge consumers for self-service unleaded gasoline to just above $1.29 per litre. It's the highest price the board has authorized since October 2014 and nearly 40 cents more than the slumping prices in late 2014 and early 2015 that prompted the province to step in and raise fuel taxes. "Given the significant decline in global oil prices, we have seen gasoline prices fall by approximately 30 cents per litre over the past year," said former Liberal finance Minister Roger Melanson in his March 2015 budget address 10 weeks after retail prices in the province fell below $1. - CBC News

Elected leaders from across the country and political aisle are uniting with one voice, urging the repeal of the solar tariffs the Trump administration implemented earlier this year. So far, 20 companies have told us that tariffs are harming their businesses. Recently, the solar developer Cypress Creek Renewables said it had postponed $1.5-billion in investment because of the tariffs. Why? Because they see the real negative impacts that the tariffs are having on jobs and the economy in their states. They see the curtailment in investment first hand. The solar tariffs, and the uncertainty in the lead up to their implementation, have already led to higher prices, cancelled hiring plans and shutdown businesses. The bipartisan legislation now proposed in the U.S. House of Representatives, Protecting American Solar Jobs Act (H.R. 5571), would turn the tide on what already has been a harmful policy for American workers. - The Hill

New Hampshire senators have voted down a bill which would have used some environment funding for energy efficiency efforts. Currently, a portion of funds from a regional body that works to reduce greenhouse gas emissions is returned to ratepayers. The bill, which already passed the House, would have taken those monies that go to the half-million residential ratepayers — about $6 a year each — and redirected them to energy efficiency and weatherization programs for municipalities, schools and low-income residents. Conservation Law Foundation official Melissa Birchard says the Senate's defeat of the bill goes against Republican Gov. Chris Sununu's energy policy that prioritizes efficiency to help lower people's bills. Opponents of the bill argue giving the money to ratepayers helps keep energy prices lower and stimulates the economy. - U.S. News and World Report

The Australian Competition and Consumer Commission said the gas market was still not functioning properly and was too exposed to international liquefied natural gas prices, despite domestic prices falling by about 50 per cent in the past year. In the latest report on the east coast gas market, the corporate regulator announced it would start publishing LNG netback prices on its website to improve the competitive bargaining process for companies trying to secure gas deals. "At the moment gas users haven't got enough information to assess how international prices are driving domestic gas prices," ACCC chairman Rod Sims said. The move is not expected to be welcomed by producers who believe the publication of the prices will give buyers a leg-up in negotiations over gas contracts. - Australian Financial Review