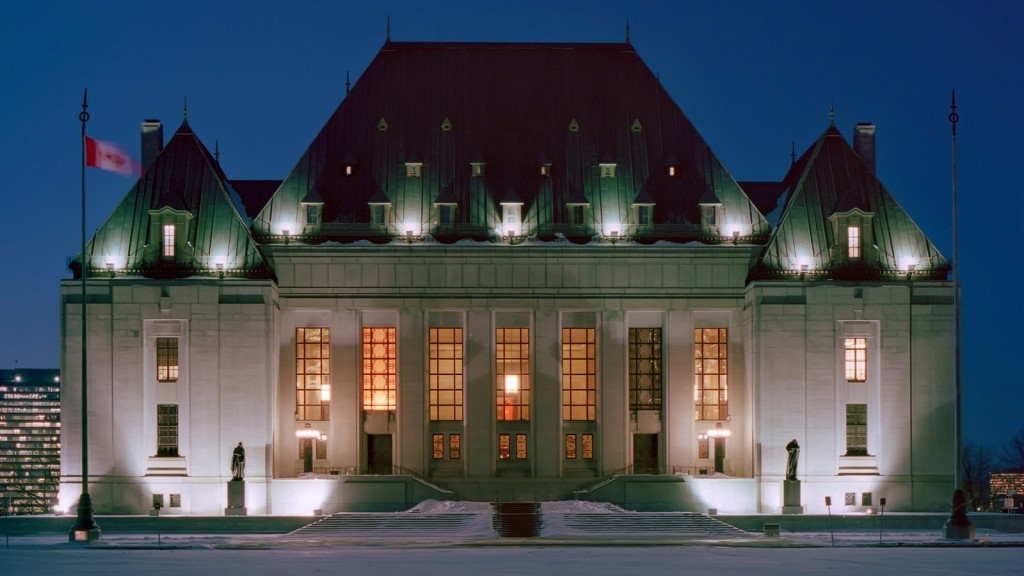 During a recent CTV interview, Minister Catherine McKenna bluntly stated that if Saskatchewan’s Premier Scott Moe, Ontario’s Doug Ford and Alberta’s Jason Kenney pursued legal action against the Liberals’ proposed national carbon tax legislation they’d lose in court. She shouldn’t be so confident about this. It could end up being the case that the Supreme Court will ultimately decide that the Liberals’ proposed carbon taxation legislation is unconstitutional for the same reason it nixed former PM Stephen Harper’s securities regulator in 2011 – because it is an infringement on the provinces’ exclusive jurisdiction over property and civil rights. - Toronto Sun

Alberta Premier Rachel Notley is planning another tour to Toronto and New York to talk up the Trans Mountain pipeline expansion to business leaders. It’s certainly good exposure for her re-election campaign. It probably won’t change investors’ pessimistic views of Canada’s oil and gas sector. Here’s the problem. Aside from Canada’s dysfunctional handling of the Trans Mountain project, governments - including Alberta’s – have burdened energy companies with so much new regulation, so many new costs, and are on a path to make regulatory reviews of big energy projects so much more political, investors have tuned out and moved to jurisdictions where governments aren’t kneecapping their companies to meet commitments on climate change. The message couldn’t be clearer than in the Canadian Energy Pipeline Association’s recent response to Bill C-69, the Impact Assessment Act, introduced by the federal government in February and now making its way through Parliament. The group warns that instead of restoring trust in Canadian energy regulation, the bill, one of Prime Minister Justin Trudeau’s priorities, ensures no other major pipeline project will ever be built in Canada. - National Post

Welcome to the oilsands, prime minister. Now, about that pipeline — Chris Varcoe

Moving from the frying pan to the fire, Prime Minister Justin Trudeau heads to the centre of the oilsands Friday, fresh off a trip to British Columbia, ground zero for Canada’s anti-pipeline movement. His meetings in Fort McMurray, which include a face-to-face meeting with eight oilpatch CEOs, will have a distinctly different tone, but I suspect the questions will be fairly similar. So, prime minister, what the heck is going on with building that pipeline? The pipeline, of course, is Kinder Morgan’s Trans Mountain expansion, a $7.4-billion project that has become much more than just a piece of energy infrastructure. - Calgary Herald

Investors have bailed on the Canadian energy sector, although mergers & acquisitions north of the border could provide a much needed catalyst, barring pipeline and political developments. “Incentivizing change will be paramount, but the message is clear: Merge/innovate or face extinction,” BMO Capital Markets analysts led by Ray Kwan said in a note to clients. “This won’t be an overnight process and may take a number of years,” Kwan added. “While the equity markets may penalize acquirers in the short-term, we think well-priced acquisitions of quality assets can generate significant value for shareholders over time.” - Edmonton Journal

The Canadian government wants more study on the impact of eliminating heavy fuel oil in the Arctic before it signs onto an international agreement to ban its use there. During the previous U.S. administration, Canada and the United States jointly committed to phase down the use of heavy fuel oils in the Arctic. The Trump Administration is keeping its side of the bargain. Canada, however, wants a delay. It joined the Marshall Islands to submit a request for things to be slowed down until further study on the economic and other impacts of such a ban on Arctic communities can be completed. Among the concerns: heavy fuel oil is far cheaper than the main alternative, diesel, and replacing it would drive up the cost of getting supplies to remote Arctic communities. - Chronicle Herald

The leader of the Manitoba NDP says the Opposition party will delay the Progressive Conservative government's bill to create a carbon tax. Wab Kinew made the announcement at a Manitoba Chambers of Commerce breakfast Thursday morning. He said he's not opposed to the idea of a carbon tax but the current bill doesn't designate enough of the new revenue to support green initiatives. "Manitobans will not be able to reduce their carbon footprints if they're being asked to pay $300 more in tax without having access to any other programs that are going to help them make that choice," he said. In Manitoba, the Opposition party has the ability to delay up to five bills per session. The move would effectively slow the passage of the bill until November. The Progressive Conservative government's $25 per tonne carbon tax – crafted as an alternative to the federal tax, which will rise to $50 per tonne by 2022 – is slated to take effect on September 1. - CBC News

Cutting through the populist smoke on carbon taxes — editorial

Putting a price on carbon is an effective way of reducing greenhouse-gas emissions and fighting climate change. There is ample, persuasive evidence of this. And yet Canadians continue to be largely unaware of this fact, and now a growing number of politicians are playing on that lack of awareness as they try to roll back what they inaccurately deride as “job-killing carbon taxes.” This is a critical issue. Carbon pricing is a market mechanism that induces people to cut their emissions by, say, buying a fuel-efficient car or turning down the thermostat. It accomplishes the same thing with companies that pollute by giving them a financial incentive to become greener. Conservatives like carbon pricing because it is less invasive than government regulation. As well, the levies raise revenue that can be returned to taxpayers in the form of lower income taxes or used to fund the development of new technologies. - Globe and Mail

As part of a plan to bring natural gas services to Fenelon Falls, Cambray and Cameron received a $12.3-million boost from the province. The move, in the works for several months now, will see construction begin on a pipeline this spring. Once put in place, 120 kilometres of gas pipeline would be spread through Bobcaygeon serving some 3,800 homes and businesses, and 75 kilometres spread through Fenelon Falls making gas available to an estimated 1,900 homes and businesses. Mark Wilson of Enbridge Gas had said funding for the Fenelon and Bobcaygeon expansion would come from Ontario’s Natural Gas Grant Program through two distinct project streams – the Expansion Projects Stream ($70-million) and the Economic Development Projects Stream ($30-million). - MyKawartha.com

China’s tariffs in one corner of the energy market signal U.S. shale fields may follow the nation’s farms as a target if a trade war escalates. While officials from the world’s two largest economies had sought to calm markets by showing a willingness to negotiate, U.S. President Donald Trump on Thursday ordered his administration to consider tariffs on an additional $100-billion in Chinese imports. The Asian nation is the biggest regional buyer of American oil as well as liquefied natural gas, and the critical commodities may be swept up in the trade war if tensions flare further. “China can ditch American energy at any time because there’s plenty of supplies elsewhere, whereas for the U.S., energy is a sensitive subject,” said Will Yun, a commodities analyst at Hyundai Futures Corp. in Seoul. “The two countries may eventually come to an agreement and China may not use energy so soon into the dispute. It will use the card wisely.” - Globe and Mail

The Trump administration is laying sanctions on 38 Russian oligarchs, government officials and business entities, citing "the Kremlin's malign agenda" that ranges from malicious online campaigns and efforts to undermine democracy to its actions in eastern Ukraine and Syria. Seven Russian oligarchs and the 12 companies they own or control are on the new sanctions list. So are 17 senior Russian government officials, along with a government-owned weapons trading company and its subsidiary bank. The move by the Treasury Department's Office of Foreign Assets Control targets members of Russia's elite, including Kirill Shamalov, the husband of Russian President Vladimir Putin's daughter, who received a loan of more than $1-billion from state-owned Gazprombank. - NPR

AGL Energy has categorically rejected arguments from the Turnbull government that it is abusing its market power, saying if it wanted to benefit commercially from the closure of the Liddell power plant it would have shuttered the facility with no warning. An AGL spokesman hit back at an accusation from the former deputy prime minister and Nationals leader Barnaby Joyce that it was “shorting” the market by hanging on to the ageing coal-fired power plant. “It is not possible to short a market by giving seven years’ notice of closure,” the spokesman said. “If AGL’s intent was to benefit from the closure of Liddell, AGL would have provided no notice of closure.” - The Guardian