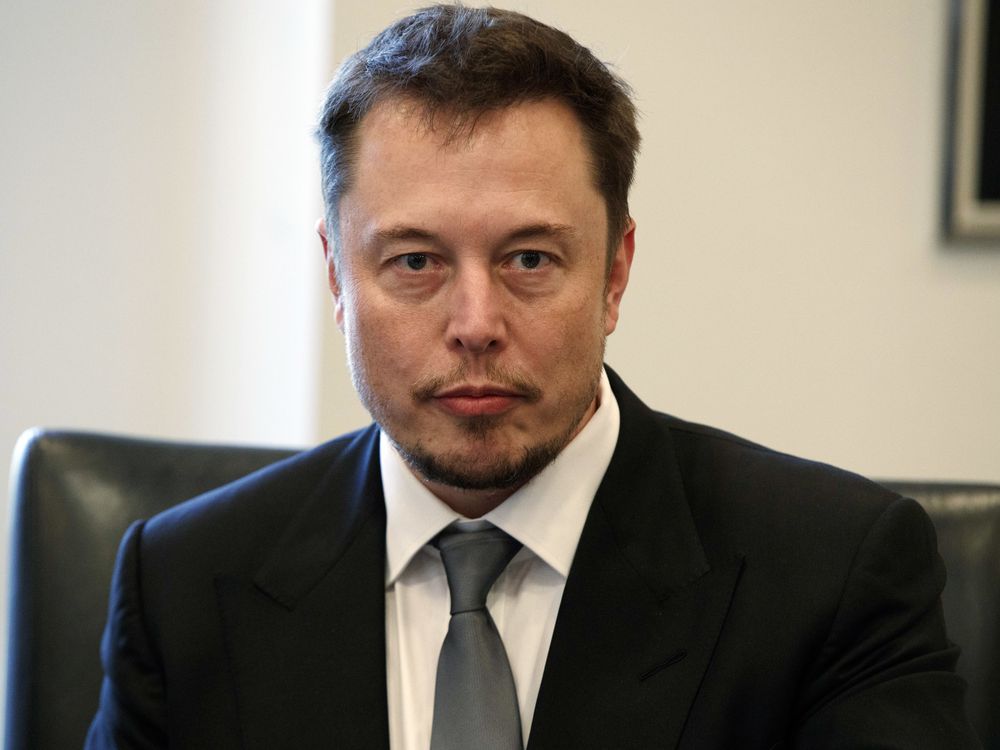 The fastest-growing industries over the last two decades have been fake industries, those that thrive despite having few customers willing to buy their products except at fire-sale prices. The fake industries all have the same angel investors—governments. Today’s fake-industry leader is Tesla, the electric car developed by subsidy entrepreneur Elon Musk. Musk’s genius is primarily in the subsidy-seeking realm—by 2015, U.S. governments alone had given his companies US$5-billion through direct grants, tax breaks, cut-rate loans, cashable environmental credits, tax credits and rebates to buyers of his products. Speculators who bet on Musk’s ability to continue to get government backing have been well rewarded—Tesla’s stock value has skyrocketed. That inflated stock value rests entirely on government subsidies, as seen by what happened last year when Denmark decided to reduce its subsidies. In 2015, Tesla sold 2,738 cars in Denmark; in 2016, after the government said it would be phasing out subsidies, Tesla sold 176 cars, a drop of 94%. - National Post

The Ontario Quebec hydro deal addresses two independent elements. First, Quebec seeks to purchase electrical generation capacity from Ontario in the winter when it needs it most. Second, Ontario seeks electricity energy trade provisions with Quebec to reduce natural gas-fired electricity generation. In announcing the benefits of the deal, the Ontario government bundled these two elements together, with both governments declining to make public the specific financial commitments that will ultimately impact electricity ratepayers. A recent Strategic Policy Economics Report dispels some of the myths surrounding the interprovincial electricity trade deal, in order to provide estimates of the cost and value of each component of the deal. The energy arrangement entails an unnecessary premium on electricity that was already being sold to Ontario. This premium could add up to $200-million to the cost of electricity in Ontario, without delivering the promised benefit of additional greenhouse gas (GHG) emission reductions and in fact, locks in buying electricity at a cost far higher than Ontario would pay on the market. In short, a good deal for Quebec, a bad deal for Ontario. - Toronto Sun

Saskatchewan was a thorn in Justin Trudeau’s side on fossil fuels, but now B.C. is

Prime Minister Justin Trudeau lost the harshest critic of his plan to impose a carbon tax with Brad Wall‘s surprise announcement Thursday that he’s retiring as Saskatchewan’s premier. But just as Trudeau pulled that persistent thorn from his right side, he was stabbed in the left side by another thorn as British Columbia’s fledgling NDP government unveiled plans to block construction of the proposed Trans Mountain pipeline. The twin announcements underscored the political teeter-totter Trudeau has been riding as he attempts to prove it’s possible – indeed necessary, in his opinion – to simultaneously combat climate change and build new pipeline capacity to get western Canada’s fossil fuels to tidewater. - Global News

Nova Scotia’s headline statistics are, on balance, painting a rather sombre picture of the province’s economic health heading into the second half of 2017. Unemployment has increased by 0.8% over the past year. Regarding Nova Scotia's exports, against a background of strengthening growth in virtually all of the province's major foreign markets and particularly in the United States (by far its largest foreign customer) the total value of Nova Scotia's exports year to date is up by only 0.8% compared to the same period in 2016. This very slight rise in exports largely stems from gains in motor vehicle tires (+11.2%) and frozen crabs (+23%) which more than offset a dramatic (-80.5%) drop in natural gas exports. However, despite uncertainty regarding the feasibility of a Nova Scotia LNG facility, the recent decision by Petronas to cancel plans for its Pacific North West LNG project in British Columbia has heighted interest in the "shovel ready" Bear Head LNG project. Given that all approvals are in place, it could, if conditions become favourable, start in 2018 or 2019. - Daily Commercial News

Former Wildrose president Jeff Callaway launched his leadership bid for the United Conservative Party on Thursday by criticizing Premier Rachel Notley and former Wildrose leader Brian Jean. At a Calgary golf course in front of a small crowd of about 20—about half media and members of Callaway’s team—he echoed the other candidates who have all promised to swiftly roll back the NDP’s policies if elected. “I will kill the carbon tax. I will roll back the egregious tax hikes of this NDP government,” said Callaway.  - Calgary Herald

The Quebec government will pay $20.5-million to Petrolia as part of its plan to end oil development on Anticosti Island. The province’s Energy and Natural Resources Development said in a statement Thursday the compensation deal is based on public interest. - Chronicle Herald

As governments grapple with how to balance their books and as Canadians wonder where the next wave of middle-class jobs might percolate from, consider a recent report from the International Energy Agency (IEA). In it, massive worldwide demand for natural gas is profiled and the report, Gas 2017, contains useful nuggets for energy-rich Canada. The release is particularly timely, given the sudden cancellation of Petronas’ planned $36-billion liquefied natural gas (LNG) export terminal in British Columbia. The IEA report looks out to 2022 and unintentionally finds a number of bright spots for Canada, which is rich in natural resources, including natural gas. - Telegraph Journal

B.C. brings big gun to pipeline battle, but where is the ammo?: Varcoe

The new B.C. government brought a big gun to its fight to stop the Trans Mountain pipeline expansion. But does the presence of Thomas Berger, who headed the formative 1970s royal commission into the Mackenzie Valley gas pipeline project, change the Oil Pipeline Showdown of 2017? Does B.C. Premier John Horgan’s government have any more legal ammunition today to stop Kinder Morgan from expanding its pipeline to the Pacific coast than it did a few days ago? Not likely. “I don’t think at this stage that it’s a game-changer,” said University of Calgary law professor Martin Olszynski, who specializes in natural resource issues. “It has great symbolic value. Thomas Berger is a strong advocate for Indigenous People, for Canadians generally. But at the end of the day, the basic principles at play here — the basic legal principles and doctrines — are still the same.” - Calgary Herald

The B.C. NDP government has begun efforts to “defend British Columbia’s interests” against Kinder Morgan’s Trans Mountain pipeline expansion by joining the legal fight against the federally approved project and hiring high-powered legal advice. “We know with the federal government’s approval of this project that this will be a challenge,” said Environment and Climate Change Minister George Heyman on Thursday, “but we’ve committed to stepping up and fighting for B.C.’s interests.” - Vancouver Sun

B.C.'s impending Kinder Morgan challenge is another straw on a very beleaguered camel

On Thursday, the provincial NDP government made an announcement about a natural resource project in British Columbia. Yes, you could be forgiven for having energy exhaustion: between the Site C hydroelectric dam, the Enbridge Northern Gateway pipeline, any number of LNG pipelines and plants, and the Kinder Morgan Trans Mountain Pipeline, there are plenty of megaprojects dominating the discourse in British Columbia, with no end in sight. - CBC

President Donald Trump on Thursday named a former aide to Senate Majority Leader Mitch McConnell as interim leader of the commission that oversees the U.S. power grid. Trump elevated Neil Chatterjee, McConnell’s longtime energy adviser, to head the Federal Energy Regulatory Commission, or FERC, for at lest the next few weeks. - The Chronicle Herald

It’s understandable if the 16-megawatt solar project that broke ground last month outside Annapolis didn’t garner national attention. After all, 12,600 gigawatts of new solar will go online across the United States in 2017. But the solar project worth millions of dollars spreading across 80 acres of a closed landfill is the biggest-yet example of one of renewable energy’s most exciting applications – solar brightfields. While landfills and brownfields (defined by the U.S. EPA as any property complicated by the presence or potential presence of a hazardous substance, pollutant, or contaminant) may not be considered a growth market for America’s solar industry, the growing trend of brightfields – solar projects built on otherwise unusable land – creates win-win-win options for local governments and property owners, utilities and solar developers, and residents of blighted communities. - Forbes

The oil market is re-balancing as demand continues to grow but more time is needed before these shifting fundamentals are felt by markets, the latest report from the International Energy Agency said Friday. Global oil demand is expected to reach 1.5-million barrels per day this year, the agency said, revising up its July forecast from 1.4-million. This momentum is then expected to continue into 2018, when demand is seen growing by a further 1.4-million. - CNBC

Two years after he took over as chief executive of AGL Energy, Andy Vesey has cemented a reputation as one of the country's leading managers of capital and people. Fresh from this week's meeting in Canberra to discuss retail energy prices, Vesey said it was time for the government to end the confusion in retail energy by imposing a standard comparison rate for energy prices. "One of the benefits of the competitive market is the dispersion of offers in the market," he said. "But the flip side of that is, how do you compare them? That's why we have always advocated for a comparative rate. Vesey said there was only one sure way to get lower energy prices and that was through higher capital investment in new generation. But that requires policy certainty. - Australian Financial Review