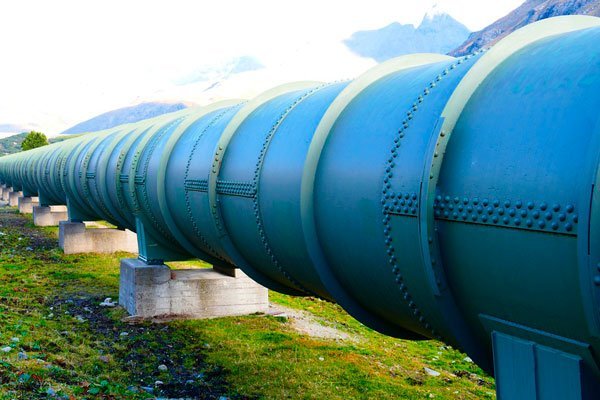 Ian Dundas expects to see far fewer oil trains rumbling across the sprawling farmlands of North Dakota in coming years. Dundas is the chief executive of Calgary-based Enerplus Corp., one of the first companies to enter the Bakken, an oilfield spanning southern Saskatchewan, North Dakota and Montana. In the absence of available pipeline capacity, companies operating in the region had for years moved oil on an existing rail network in Canada and the United States. As production boomed, producers began investing more in oil-by-rail terminals, paying a premium to get their product to market. But the completion of the highly contentious Dakota Access pipeline in June, a major oil conduit carrying some 570,000 barrels per day of crude from North Dakota to Illinois, has upended the region’s dependence on rail. - Financial Post

According to a recent report, the governments of Ontario and Quebec are negotiating a power agreement that would see some of Quebec’s cheaper hydropower sold into Ontario’s high-priced energy market. The draft agreement would see Ontario importing eight Terawatt-hours of Quebec hydro power — about enough to supply 800,000 households in Ontario with power — at what is in fact a bargain rate of six cents per Kilowatt-hour (KwH). Consider that in 2016, the average price for residential power (including taxes) in Toronto was over 20 cents per KwH. This is a promising development if done properly, which, given Ontario’s record, is questionable. Several Fraser Institute authors called for it a recent study. But importing hydropower from Quebec is only one step that should be taken to bring Ontario’s shockingly high power prices down. - Toronto Sun

The territorial government is issuing a survey today looking for input on how the carbon tax will be rebated to Yukoners. Meanwhile federal officials will be in the territory Aug. 17-18 for meetings as part of a study on how the North will be impacted by the new tax. According to the document, the Yukon is expecting the price of gas to go up 2.33 cents per litre in 2018, when the federal rules for jurisdictions that don’t have their own carbon tax take effect. That would work out to about $5-million in revenue. By 2022 the federal government’s rules mean the cost of gas will go up 11.63 cents a litre generating about $25-million, the survey says. - Yukon News

Alberta’s minister of trade says Canada’s oil and gas industry has little to worry about as wide-ranging North American trade negotiations get underway. Speaking Thursday after a conference of state governments in Tacoma, Wash., Minister Deron Bilous said U.S. lawmakers recognize the importance of an integrated energy market. He said Alberta government representatives have been meeting with U.S. counterparts regularly to emphasize the importance of market access and open borders, and he’s been encouraging industry members to do the same. - Financial Post

As Congress begins to examine the North American free-trade agreement at the behest of U.S. President Donald Trump, lawmakers need to ensure that nothing they decide disrupts one of the more relevant industries in the pact: energy – in particular, natural gas. U.S. producers need Mexico, their largest customer. The glut of production in the United States far exceeds domestic demand; thus, exports prevent a collapse in natural gas prices. More than a quarter of Mexico’s electricity is powered by U.S. natural gas, leaving it vulnerable in a trade battle. - Globe and Mail

Climate crusaders have got lost in space: Peter Foster

Last month, Stephen Hawking, author of A Brief History of Time, declared that Donald Trump’s withdrawal from the Paris agreement meant that earth could become like Venus, where it rains sulphuric acid and temperatures reach 250 C. Now Neil DeGrasse Tyson, “science communicator,” has claimed that climate science is as certain and predictable as next week’s solar eclipse. DeGrasse Tyson tweeted: “Odd. No one is in denial of America’s Aug 21 total solar eclipse. Like Climate Change, methods & tools of science predict it.” I asked Christopher Essex, professor of applied mathematics at the University of Western Ontario, and an expert on climate chaos, to comment. He said that circumstances for climate prediction are even worse than suggested by Taleb’s legitimate concern over nonlinearity. “Tyson writes about using science to ‘predict it.’ But what is ‘it?’ ‘It’ remains physically not so well-defined. An essential prerequisite for prediction is to know precisely what you are trying to predict. Eclipses satisfy this prerequisite, while climate does not.” - National Post

Three oil tanks in southeastern Saskatchewan have gone up in flames after a lightning strike. Slater said three storage units were ablaze and one had clearly been struck by lightning. He said the tank was split wide open and the top was blown off. - CBC

Former B.C. LNG advocate Gordon Wilson has filed a lawsuit against Premier John Horgan and Jobs Minister Bruce Ralston after Horgan and Ralston implied Wilson had not done any real work during his tenure. Wilson declined to comment on the filing of the lawsuit, but the court filing says he met with LNG project proponents, organized public meetings, advised government and worked with First Nations as part of his duties. - CBC

Investors are hungrier than ever for green bonds, yet companies known for their sustainable prowess – including Tesla Inc. – are choosing to sit out, raising questions about just how valuable the label is. U.S. non-financial companies have been among the slowest to embrace green bonds – debt that’s designated to only finance eligible green projects –- issuing just $4.3-billion last year, a tiny fraction of an overall U.S. corporate bond market that sold $1.6-trillion. Tesla, whose declared mission is to accelerate the world’s transition to sustainable energy, didn’t need the label as much as the nascent green bond market needed Tesla. - Globe and Mail

Missouri utility regulators on Wednesday rejected a proposed high-voltage power line to carry wind power across the Midwest to eastern states, delivering a significant setback to developers of one of the nation’s longest transmission lines. The decision marked the second time in a little over two years that the Missouri Public Service Commission has denied a request from Clean Line Energy Partners to build its power line through the state. The 780-mile-long line would run from wind farms in western Kansas through Missouri and Illinois to Indiana, where it would connect with a power grid for eastern states. All the other states along its route already have granted approval to the $2.3-billion project. Most members of Missouri’s regulatory panel said they, too, wanted to approve the high-profile project but felt compelled to vote against it because of a recent state appeals court ruling. The judges in that case said utilities must first get the consent of counties to string a power line across roads before state approval can be granted. - National Post

The natural gas revolution is marching on. Besides overtaking coal as the leading fuel to create electricity, it is also the key raw material needed for American industry, whose appetite for natural gas and unconventional shale gas is expected to surpass the demands of the utility sector. It’s a powerful economic story — but one that juxtaposes the goals of natural gas producers with those of manufacturing and utility interests. The United States, which has been the globe’s leading producer of natural gas and shale gas since 2009, is now also a net exporter of it — largely because of the doubling of pipeline capacity to Mexico and reduced imports from Canada. Demand, no doubt, is on the rise: utilities are shifting from coal to natural gas and manufacturers are expanding their domestic operations. - Forbes

The manager of California’s electric grid told state regulators that clean energy could be substituted for a proposed natural gas plant in Ventura County but at a higher cost. A 46-page report issued late Wednesday by the California Independent System Operator offered three alternatives to building the Puente natural gas plant in Oxnard, focusing largely on the use of solar power and energy storage to ensure reliability of electricity service in the local area. The report also looked at using less electricity as an alternative in combination with things such as storing power in batteries. The report pegged the new plant’s cost at $299-million while the three alternatives would cost between $309-million and $1.1-billion. - Los Angeles Times