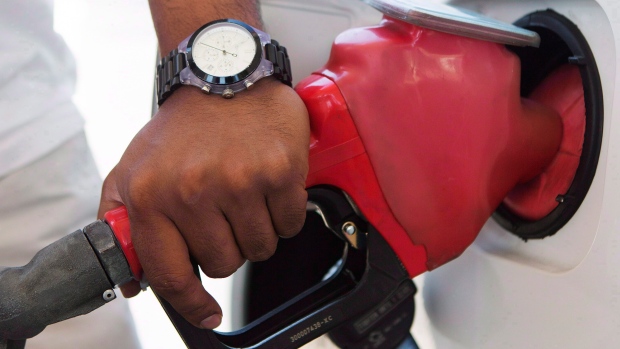 Gas prices may fluctuate each week but the Atlantic Institute for Market Studies says government-controlled gasoline is costing consumers in the region millions of dollars. In fact, the report said New Brunswickers have paid $15-million more for gas than they had to since regulations were put in place in 2006. - CBC

A judge has struck down a $1.1-million union lawsuit aimed at stopping Ontario from selling shares in Hydro One, saying it is the right of a government to set policy. The legal action, spearheaded by the Canadian Union of Public Employees Ontario president Fred Hahn, is “an impermissible attack on a core policy decision,” Justice P.J. Cavanagh of Ontario Superior Court of Justice ruled in a 23-page decision. “The claim should be struck out and the action dismissed.” - Toronto Star

Some Indigenous leaders in British Columbia scored a major victory recently after they successfully lobbied Premier John Horgan to join a legal fight to stop the Trans Mountain pipeline expansion. The $7.4-billion project, which got the green light from Prime Minister Justin Trudeau last fall, now faces an uncertain future in the face of vehement opposition from some anti-pipeline protesters, which count many First Nations peoples among their ranks. - CBC

William Scheele’s front porch looks out on the town where he has lived for 47 years, where he served as mayor for 14 of those years and which he says is dying. Scheele said the city received an economic boost when Calgary-based TransCanada Corp. built a pumping station for the southern leg of its Keystone XL pipeline roughly a mile up the hill from his house. “They brought business to town,” he said, adding the company also helped pay for the town’s small fire hall. Now Steele City needs funding for a new water line from the nearby town of Endicott and Scheele said he’s hopeful the long-delayed northern portion of Keystone XL, which will connect to the southern leg here, will help provide some money. “I’m kind of looking forward to it,” he said. To reach that point, however, TransCanada will need to cross the farms of 90 landowners who oppose the pipeline and receive approval from the Nebraska Public Service Commission, which heard final arguments for and against the US$8-billion Keystone XL in Lincoln last week. Nebraska is the last state to approve the project. - Financial Post

The independent review of the $8.9-billion Site C hydroelectric project, ordered by the British Columbia government to determine the dam’s viability, will also assess the effect on one of the three prime construction contractors going into receivership. The company—Calgary-based Petrowest Corp., which holds a 25% stake in the construction partnership—was forced into court-ordered receivership this week by its banking syndicate, which had demanded immediate repayment of all amounts it was owed.  - Vancouver Sun

The federal government has approved up to $60-million in spending to bring electricity transmission to the remote First Nations community of Pikangikum, where lack of reliable power is contributing to a social and mental-health crisis in the community. Pikangikum is one of 22 remote Indigenous communities in northwestern Ontario that own a majority stake in Wataynikaneyap Power, a company that is pursuing a plan to upgrade and extend the electricity grid by 1,800 kilometres from Dryden to bring power to the region. The communities now rely on expensive, dirty and unreliable diesel generators. - Globe & Mail

Hundreds of large, over-sized trucks carrying multi-tonne pieces of oilfield equipment are rumbling down the streets of Grande Prairie, Alberta in increasing numbers as the city rebounds from a province-wide recession. “There’s a whole bunch of equipment moving through the city,” Mayor Bill Given said, adding that after more than two difficult years of low oil and gas prices, Grande Prairie’s economy is showing signs of improvement. In fact, the northwestern Alberta city’s economy is outperforming the rest of the province by most measures largely because it’s situated in a prolific natural gas and liquids hydrocarbon formation called the Montney that producers and pipeliners are spending tens of billions of dollars to develop. - National Post

Solar energy is now keeping the lights on at the Charlie Cheeseman Memorial Ice Arena and Civic Centre in Cardston. The town, in partnership with ENMAX Energy Corp., has installed 546 solar modules, which cover nearly 13,000 square feet, onto the rooftops of both facilities. The two net-zero solar installations will generate 100% of the facilities’ annual energy consumption. The systems is expected to reduce electricity costs by almost $20,000 annually for both facilities. - Global News

British Columbia’s fired liquefied natural gas advocate is suing Premier John Horgan, the province’s jobs minister, and a New Democrat MP in a lawsuit claiming $5-million in damages. Gordon Wilson alleges in a statement of claim filed in B.C. Supreme Court that Horgan made defamatory statements to news media earlier this month by saying there is no evidence of any written reports or briefings to back up his salary. - Chronicle Herald

Some Democrats See Tax Overhaul as a Path to Taxing Carbon: Lisa Friedman

With a sweeping overhaul of the tax code on the horizon, two Senate Democrats believe this is the moment to broach the third rail of climate change policy: a carbon tax. The plan by the senators, Sheldon Whitehouse of Rhode Island and Brian Schatz of Hawaii, to level a $49 per metric ton fee on greenhouse gas emissions is widely acknowledged as a long shot. But the lawmakers, along with climate activists and a cadre of conservative supporters, insist the tax reform is a way to create bipartisan support. - New York Times

When Will Mexico Start To Frack For Natural Gas?: Jude Clemente

Mexico has fracked just a few test wells, while the U.S. has had nearly 2-million commercial ones. There are key obstacles to producing shale gas in Mexico: a lack of knowledge on unconventional resource geology, higher costs, smaller service industry, poor regulatory framework, pipeline dearth, lack of security amid narco-trafficking, water shortages, and others. Not to mention that the recent massive demonstrations against rising fuel costs: deregulation was sold to a skeptical public as the path to "lower prices." - Forbes

Lights out: Eclipse to have big impact on California power: Associated Press

When the moon passes in front of the sun during Monday’s eclipse California will lose enough solar energy to power more than 1.5-million homes, a figure that underscores the state’s growing reliance on energy from the sun. California has rapidly deployed renewable energy and now produces 40% of the nation’s solar power. The eclipse presents an unusual challenge for those who manage the state’s power grid because the solar energy will drop off and re-emerge more quickly than during usual conditions involving clouds or nightfall. For about three hours Monday, there will be diminished solar power available. - National Post

U.S. attempts to export natural gas into Europe’s energy market are facing stiff resistance from the region’s dominant player: Russia. A tanker is scheduled to arrive in Lithuania this week carrying the first shipment of U.S. liquefied natural gas to a former Soviet republic. It follows a handful of other shipments of U.S. gas to Europe. - Wall Street Journal

The UK energy regulator has said it is considering plans to cut the revenue of the UK's six major electricity distribution companies by up to £13.9-million due to poor customer service. - Sky News