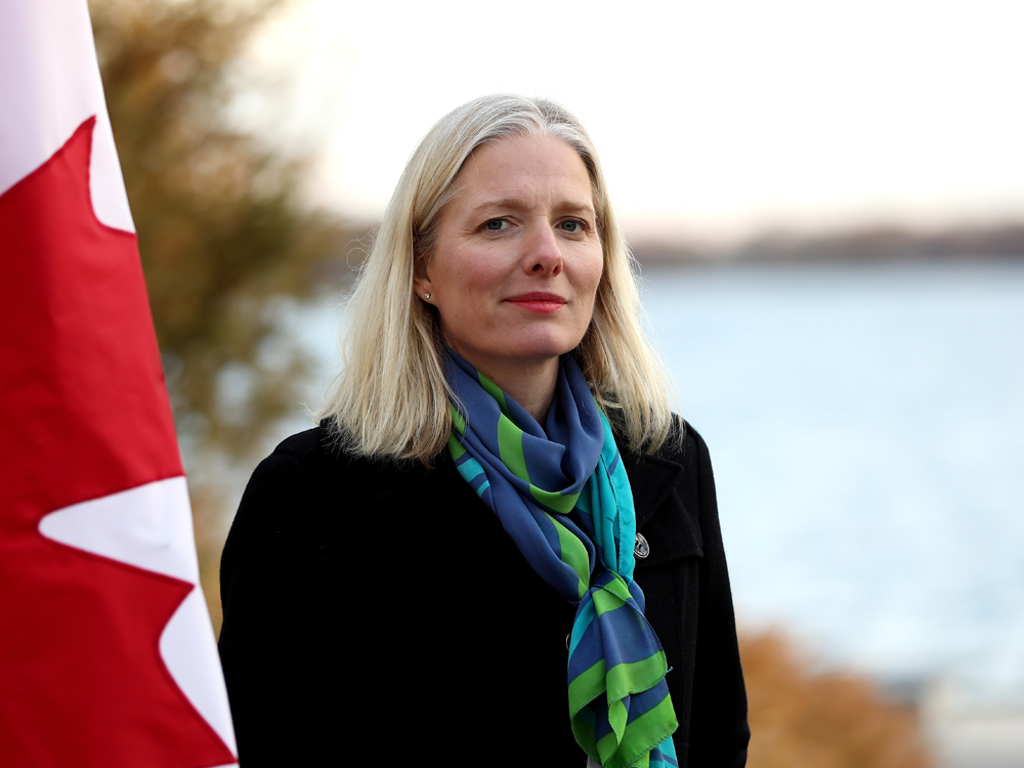 Canada's national clean fuels strategy will apply to every kind of fuel — be it liquid, solid or gas, Environment Minister Catherine McKenna said Wednesday. McKenna released the broad brushstrokes of the standard, which aims to eliminate at least 30 million tonnes of greenhouse gas emissions annually by 2030. It is the single biggest-ticket item in Canada's national climate change framework, and gets about one-sixth of the way to meeting the current international commitment to reduce emissions to 30% below 2005 levels by 2030. It will increase the price of all hydrocarbon fuels – the price of a litre of gasoline could increase about five cents a litre, on top of the 11.6 cents a litre the $50 per tonne carbon tax is expected to add. - Chronicle Herald

The price gap between the price of Canada's oil benchmark versus its U.S. equivalent, West Texas Intermediate, has widened to its biggest difference in almost four years, with Canadian crude now selling at a $25 discount. The heavy oil coming out of Alberta's oilsands is known Western Canada Select. It usually trades at a discount to the better known U.S. benchmark, West Texas Intermediate, in part because it is more difficult to process. But this week, the gap expanded to more than US$25 a barrel, due to transport bottlenecks on pipelines and by rail. - CBC

The chief of the McLeod Lake Indian Band in northern B.C. says the NDP's decision to move forward with the Site C dam project is "a Christmas present" and advised other Indigenous leaders to start negotiating economic benefits from the project. Chingee said the dam will bring jobs to his band, which is located about 250 kilometres southwest of Site C. On Monday, Premier John Horgan announced his government will allow construction of the dam to move forward, drawing negative reaction from many Indigenous leaders. - CBC

Bids in an auction to pick renewable energy projects were so attractive that the Alberta government decided to back proposals to build 600 megawatts of new generation, 50% higher than its goal of 400 MW. The government said Wednesday it had chosen three companies who are to spend about $1-billion to build four wind power projects in southern Alberta capable of generating enough power for 255,000 homes. - Calgary Herald

New Brunswick's Crown-owned power utility will spend up to $7-million to find a new fuel source for its Belledune coal-fired generating station – with the aim of eliminating coal by 2030. Energy and Resource Development Minister Rick Doucet said NB Power will look at alternatives such as hydrogen, biomass and natural gas. "We all owe it to our future generations, our children, and our grandchildren to prevent the worst impacts of climate change from occurring," Doucet said Wednesday. - CTV News Atlantic

Cenovus Energy Inc. said Thursday it is planning to cut about 15 per cent of its workforce as it looks to reduce costs next year. The company said it expects to find savings in areas such as drilling performance, development planning and optimized scheduling of oilsands well start-ups. The cuts come as Cenvous said it plans between $1.5-billion and $1.7-billion in capital spending next year, mostly in the oilsands. That compared with its guidance for capital spending this year of $1.55-billion to $1.65-billion. - CBC

The top State Department official overseeing Europe offered harsh words Tuesday for Germany over the country’s continued support for a new Russian gas pipeline to Europe, while praising Denmark for passing a law that could hamper the project. A. Wess Mitchell, assistant secretary of State for European and Eurasian affairs, said the formation of a new government in Germany offers an opportunity for the U.S. to make a renewed case against the Russian pipeline, known as Nord Stream 2, which Washington says will give Moscow more leverage over Europe’s energy supply. “On energy security, Germany gets it wrong,” Mr. Mitchell said in testimony to the Senate Foreign Relations Committee, referring to the country’s support for the Russian gas pipeline. “And it gets it wrong in a way that hurts other EU member states.” - The Wall Street Journal

Why the Conservatives are pushing a green agenda — Katy Balls

One of the things MPs complain about when it comes to Brexit – aside from its handling by the government – is that it means there is little time left for the Conservatives to pursue much in the terms of domestic policy. The one area which appears to be the exception to the rule is the environment. Since Michael Gove was appointed Secretary of State for Environment, Food and Rural Affairs, there have been a raft of good news announcements coming from the department. From a £140-million fund for developing countries to tackle climate change and a clean energy program to reintroducing beavers into the wild and saving trees in Sheffield, the Conservatives are on a mission to rebrand themselves as the party of the environment. - The Spectator