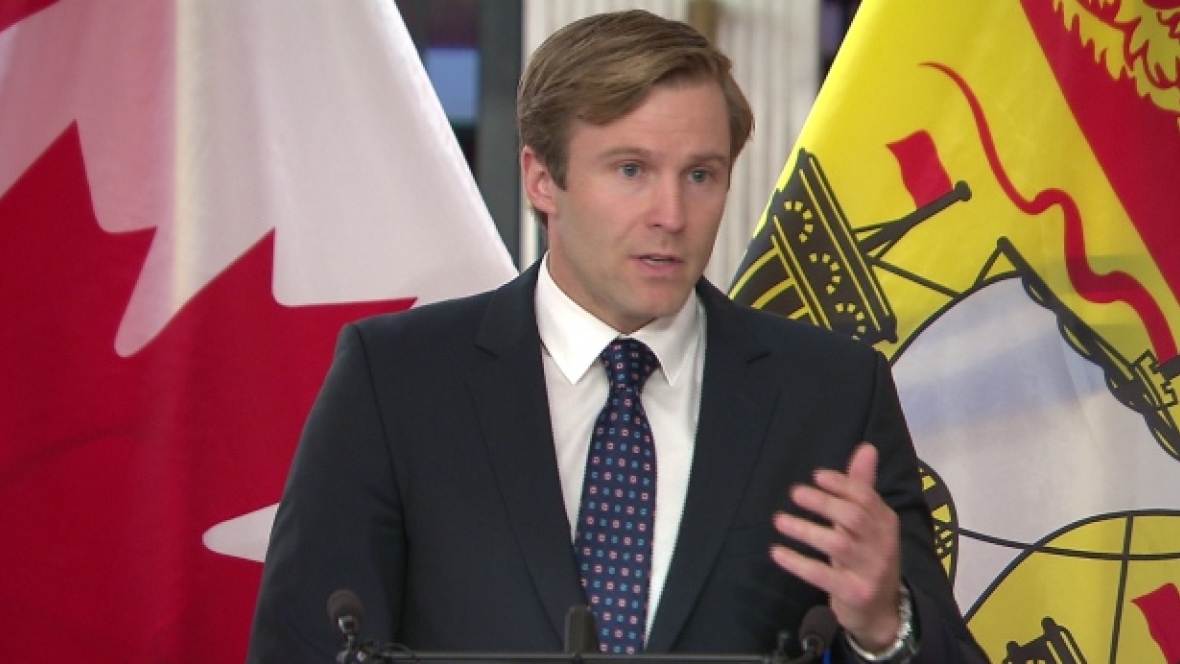 A Facebook post by the federal environment minister appears to suggest that what New Brunswick's Liberal government announced Thursday for carbon pricing in its climate plan does not meet Ottawa's requirements. "We will be assessing each jurisdiction's approach to carbon pricing against our standard next year. If a jurisdiction's approach doesn't meet our benchmark, we will apply our federal option there," wrote Catherine McKenna. While the federal minister wrote in her post that she was happy to see "significant new investments in energy efficiency in the plan" she said the province's plan to proposal to take revenues from existing fuel taxes and invest them in climate action instead of putting a price on carbon across the economy, "does not create a new incentive to cut carbon pollution." When the Liberals' Climate Change Act was introduced in the legislature Thursday morning, they announced New Brunswick drivers will start paying a 2.33-cent-per-litre carbon tax on gas in April. That amount won't be added to existing taxes already paid at the pump, but will be diverted from the existing 15.5-cent-per litre gas tax. - CBC

The Canadian Taxpayers Federation recently asked the Trudeau government for “upstream and downstream” emissions analyses it had conducted before handing over large cheques to Bombardier and Ford. Recall that TransCanada had an application before the National Energy Board earlier this year that sought to expand one of its existing pipelines. The Energy East pipeline project would have transported oil from Western Canada to Eastern Canada, reducing Eastern Canada’s reliance on foreign oil while allowing Canadian companies to sell oil around the world. TransCanada’s pipeline project would have created 14,000 jobs and, best of all, it would have paid $10-billion in taxes to the government. Importantly, TransCanada wasn’t asking for a cent from the federal government. Of course, we all know what happened. Suddenly the Trudeau government wanted the National Energy Board to also look at TransCanada’s “upstream and downstream” emissions. Not surprisingly, TransCanada then pulled the plug on the project. We then decided to ask the federal government for the “upstream and downstream” analyses it conducted before handing over large cheques to Bombardier and Ford — two companies that manufacture vehicles that burn oil and gas products. The federal government responded to our inquiry by telling us that it didn’t do any emissions analysis before handing over $102-million to Ford. The federal government also told us the emissions analysis it conducted related to Bombardier is confidential as it was part of materials that went to cabinet. - National Post


Why Investing in Coal is Risky Business — Catherine McKenna

This week, we marked the two-year anniversary of the Paris climate accord with big news. The Powering Past Coal Alliance, which was recently launched by Britain and Canada as a global effort to phase out coal-fired electricity, grew to more than 50 members, including 33 countries and 24 businesses. But while momentum is clearly building to end pollution from burning coal, a change of that magnitude takes time. As environmental organizations reported this week, some Canadian companies are among those investing to expand coal power overseas. While companies are responsible for their own decisions, this news does not represent the growing trend worldwide. Many other companies and investors are moving in the opposite direction. They see opportunities not in the expansion of coal burning – which is a hazard to our health and a driver of climate change – but in the economic opportunity of clean growth. - Globe & Mail

Clean energy is coming to Canada’s oilpatch. The government of Alberta – home to the world’s third-largest oil reserves – on Wednesday auctioned off 595 megawatts of renewable energy capacity to be built in the province. That exceeded the government’s target of 400 megawatts. The process marks a major step for Alberta – Canada’s largest consumer of coal and its second-largest producer of the fuel – in its efforts to transition to all renewable and gas-fired generation by 2030. Rather than a change in direction, Alberta’s government billed the move toward renewables, part of its Climate Leadership Plan, as a continuation of the province’s leading position in energy. “It’s an industry that’s going to continue to be at the core of who we are and what we do for many, many years to come,” Premier Rachel Notley said at a news conference. - National Post

Homeowners who complete energy-efficient renovations will be eligible for thousands of dollars in rebates under a new program announced by Ontario’s environment minister. Chris Ballard said the government will use $600-million over four years from cap-and-trade proceeds to establish the rebate program through a provincial agency called the Green Ontario Fund. The program offers up to a $7,200 rebate for new insulation, up to $5,000 for new windows, and up to $20,000 for new ground source heat pumps. “Those funds are being re-invested in programs like this where we’re helping business, we’re helping homeowners fight climate change and save money,” Ballard said. In order to access the rebates, homeowners must hire a contractor who has been screened by the Green Ontario Fund. - Toronto Sun

U.S. energy regulators on Thursday approved Energy Transfer Partners LP’s request to resume horizontal drilling at eight sites in Ohio and West Virginia as it works to complete part of the Rover natural gas pipeline by the end of the year. The approvals came as the Ohio Environmental Protection Agency sought a pause in Rover’s horizontal drilling in the state due to repeated spills of the clay and water mix used to lubricate the drilling blades. The Ohio EPA asked the U.S. Federal Energy Regulatory Commission (FERC) for the pause on Nov. 24. - Reuters

The Turnbull government's controversial $2.5-billion Emissions Reduction Fund could deliver another two more auctions before it runs out of money, after the sixth auction awarded $104-million in contracts to deliver 7.95 million tonnes of carbon abatement. With speculation the fund could be abolished following the review of the federal government's climate policies, the Clean Energy Regulator chairman David Parker said there was scope for the scheme to keep running into next year. "The market continues to demonstrate interest in the scheme, and has shown capacity to bring forward projects that deliver low-cost abatement," Mr. Parker said. The latest auction from the fund – which has been criticized for paying farmers to grow trees and indigenous groups to burn savanna – delivered 26 contracts at an average price of carbon abatement of $13.08. - Australian Financial Review

Building the $27-billion Yamal liquefied natural gas project meant shipping more than five million tons of materials to construct a forest of concrete and steel 600 kilometres north of the Arctic circle, where temperatures can drop to -50 degrees Celsius and the sun disappears for two months straight. Yet those challenges weren’t as tough as the U.S. sanctions imposed in 2014, forcing a complete refinancing just as construction was about to start. Jacques de Boisseson, head of the Moscow office of French energy giant Total SA, which has a 20% stake in Yamal LNG, said there were “various moments” when he thought the project may never happen. Three years later, the first shipment of Yamal LNG’s gas represents a gargantuan effort from the Russian establishment to demonstrate that one of President Vladimir Putin’s flagship projects would not be derailed by sanctions. The launch of the project in the face of sanctions has helped spur Moscow’s political pivot to China, which provided much of the financing. - National Post