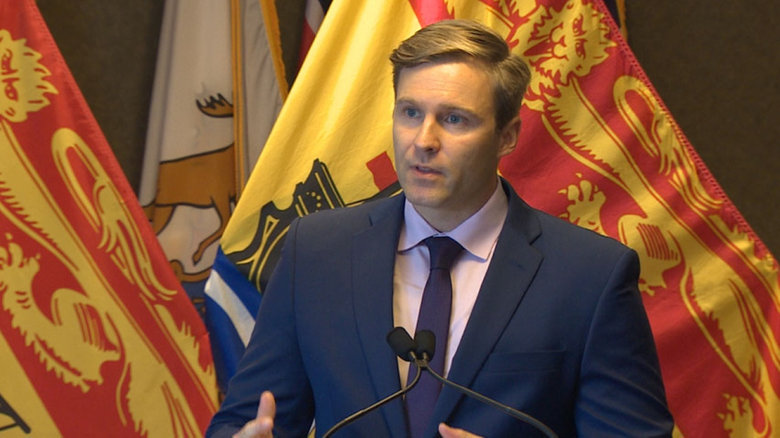 The New Brunswick government is acknowledging that its proposed price on carbon dioxide emissions falls short of another of Ottawa's climate plan requirements. Federal Environment and Climate Change Minister Catherine McKenna has already said Premier Brian Gallant's plan to shift an existing stream gas-tax money into a climate fund is not good enough and could require her to step in. Now, provincial officials are admitting that Gallant's carbon-tax exemption for natural gas customers is also at odds with the federal plan. But they say they believe the Trudeau government will eventually give them a pass on that, too, and opt against imposing its own carbon tax on natural gas in New Brunswick. "The provincial government is confident that as the federal government undertakes its study of provincial pricing regimes over the next year that they will come to the same conclusion that we have," a department spokesperson said in an email. - CBC

SaskEnergy continues to restore natural gas to customers in the Melfort area who were affected by a pipeline rupture. Officials with the Crown corporation says roughly half the 4,500 customers that lost natural gas service on Wednesday still do not have heating restored. The rupture on the high-pressure transmission line between Weldon and Birch Hills has been repaired, but a SaskEnergy spokesperson said most customers with natural gas heating need to have them restarted manually. SaskEnergy crews have been going door-to-door in Melfort, Kinistino, and St. Brieux, along with rural areas, knocking on doors and restarting appliances. Crews will be working with RCMP and locksmiths to enter premises where the homeowners are not present in order to restore service and prevent potential damage caused by frozen pipes. - Global News

The benchmark North American oil price hit its highest level since 2014 on Wednesday as two new data points came out showing supplies are drawing down, and an OPEC pledge to turn off the taps seems to be working. A barrel of West Texas Intermediate rose 61 cents to settle at $63.57 U.S. in New York, after having traded even higher earlier in the day. That's the highest level for the U.S. oil benchmark since late 2014. - CBC

With increases in effect for both the carbon levy and minimum wage in 2018, many Albertans are feeling the impact on their pocketbooks – particularly small business owners. Many are wondering how they will recover the additional expense – especially with minimum wage increasing to $15 by October. - Airdrie City View

A new report published by the Fraser Institute called The Effect on Canadian Families of Changes to Federal Income Tax and CPP Payroll Tax says more than 90% of Canadian families will pay higher taxes once the Canada Pension Plan tax increases are fully implemented by 2025. This tax will greatly affect middle class families – the very population Trudeau claims to desire to help. In addition to Trudeau’s other tax increases, like the carbon tax, this change is not insignificant. - Toronto Sun

Interior Secretary Ryan Zinke declared he would dial back a proposal to auction drilling rights in as much as 90% of U.S. coastal waters less than a week after the plan was unveiled. The decision, announced Tuesday in a tweet, appeared to circumvent a detailed process laid out in federal law and came without any detailed explanation to justify the changes. “It’s politically unwise and legally unwise,” said Michael Livermore, an administrative law professor at the University of Virginia. “They have a draft out there, and there is a formal process for making changes to the draft. And they’re circumventing that.” - Calgary Herald

U.S. national security relies on a complex and interdependent mosaic of factors, some of which are not normally associated with national security, but in reality play an important role in augmenting our nation’s strength. One example is solar energy, which has risen to become a key element in our country’s energy security portfolio – at a time when its future viability has come under attack from within the solar industry itself. America is stronger when it can count on its own energy sources, and solar is gradually playing a bigger role in our nation’s energy mix. Solar energy’s importance to U.S. national security stems most directly from the critical role it now plays in providing energy to far-flung military bases throughout the United States and abroad. Making solar energy uncompetitive through artificial trade barriers wouldn’t just erode a welcome new resource advantage at our military bases but it would needlessly remove a quiver from our nation’s broader energy portfolio. - Las Vegas Sun

Federal regulators in the United States have declined to act on a proposal from the secretary of energy that would have supported coal-fired and nuclear power plants by mandating special tariffs for essential reliability services. In September, U.S. Energy Secretary Rick Perry directed the Federal Energy Regulatory Commission (FERC) to consider a rule ensuring full-cost recovery for generators providing reliability services and that store at least 90 days of fuel on site. FERC is an independent regulatory agency but the secretary invoked a little-used authority in the Department of Energy Organisation Act to require the commission to consider his proposed rule. Perry’s intervention has been characterised as deviating from market-based electricity pricing and putting a thumb on the scale to favour coal miners and nuclear generators. - Reuters

Industrial users of energy are still being slugged with steep increases in electricity and gas prices, with some facing a potential tripling in their power bills later this year as contracts come up for renewal. Government and regulatory efforts to rein in runaway energy bills appear to have had little impact, putting jobs and investment on the line. Some manufacturers complain that the government intervention last year into east coast LNG exports had only created a hugely uneven playing field for users. Victorian metals processor Ace Metal Treatment Services is struggling to break even this year after being forced to sign up to an expensive $16-a-gigajoule contract for its gas last year, before a softening in prices later in the year that has since slightly reduced contract prices, said general manager David Karney. - Australian Financial Review