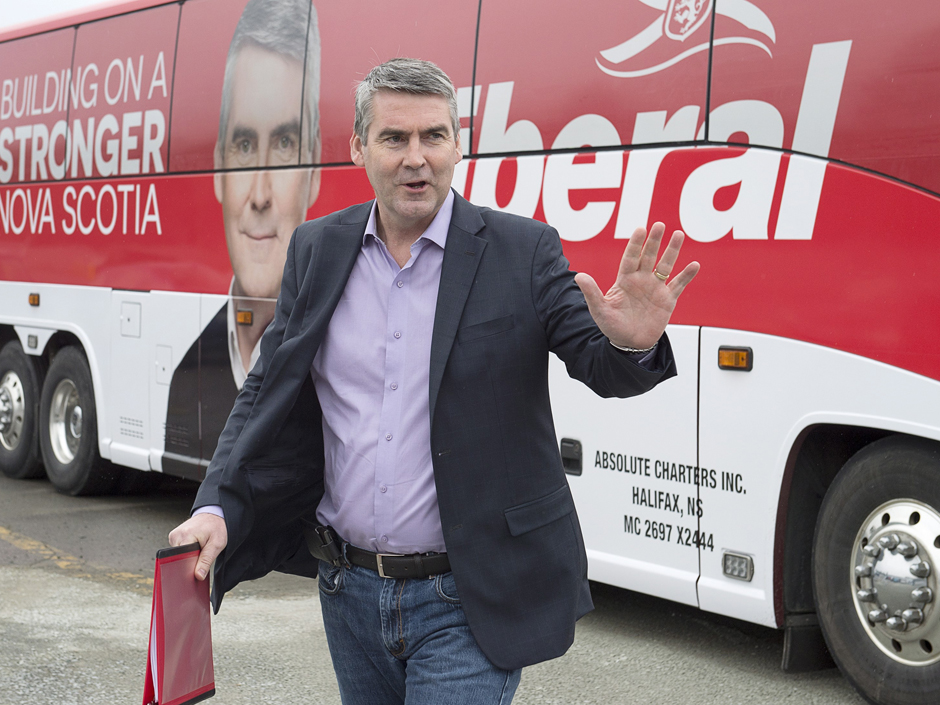 Premier Stephen McNeil says Nova Scotia has no intention of lifting its ban on hydraulic fracturing despite a new Energy Department analysis that says onshore natural gas resources could be worth billions of dollars. The Nova Scotia Onshore Petroleum Atlas lists the economic potential at between US$20-billion and US$60-billion. The government remains concerned about the potential impacts fracking could have on potable water tables given the province’s geology. The Liberals passed legislation banning fracking in 2014, but have not proclaimed it. - Canadian Business

Rising fuel costs could be headwinds for Air Canada, WestJet in 2018 — Alicja Siekierska

After a year that saw strong growth and low fuel costs, Canada’s two largest airlines could face headwinds in 2018 thanks to a recent rally in jet fuel prices, a move some analysts say could lead to increased fares. - Vancouver Sun

Most Canadians care about the climate – but not quite enough to welcome massive energy bill hikes or to buy an electric car. That was one of the many interesting snippets to come out of a recently-released report for Natural Resources Canada. The report’s purpose was to help tailor the government’s resource-related plans to meet “the needs of the public.” Canadians care about climate change – sort of. Despite Canada’s work to establish a world-wide reputation as a climate leader, the study found “climate change was not a top of mind concern for most participants.” Canadians did, however, want to keep our international eco-friendly reputation in place. When asked about climate change, a number of respondents felt that Canada “must nevertheless set an example and strive to lead on this issue.” Some Canadians even suggested that Canada’s greenhouse gas emissions are “negligible” – even though a 2014 World Bank ranking lists us as the 16th worst greenhouse gas emitter in the world – and wondered how important a role human activity plays in climate change. - Ipolitics

Oil prices are rallying, but instead of reaping the benefits Canadian oil and gas producers are stuck on the sidelines while their American counterparts are riding them with all they’ve got. Indeed, a tale of two oil and gas sectors is emerging. On the Canadian side, the mood is subdued, budgets for 2018 are flat relative to last year, and job creation has taken a back seat to automation. The Canadian sector is held back by pipeline bottlenecks that are depressing both oil and gas prices (WTI rose near US$64 a barrel Thursday, while Western Canadian Select was trading just above US$37), governments that are more concerned about transitioning to renewable energy, and investors who’ve moved on to better and faster opportunities elsewhere. On the U.S. side, optimism is strong, thanks to the U.S. industry’s success in producing shale gas and tight oil and in crushing barriers to export the new production globally, plus support from a president whose only concern about fossil fuels is that there should be more. - National Post

If you ever wonder how academics and activists combine to end up utopian, anti-poor and anti-middle class all at once, look no further than calls for savings and pension divestment from Canadian oil and gas companies. One academic from Toronto’s Ryerson University wrote of how “we are facing an impending disaster” from fossil fuels. The professor had several demands. That companies “reduce their carbon footprint to net zero” or be forcibly wound down. If they do not voluntarily commit economic hara-kiri, towns and cities must even more massively subsidize green industries to put hydrocarbon industries out of business. Calls to kill off carbon-based energy investments are also pushed by the more extreme voices in some environmental groups. One duo claimed (incorrectly): “The end of the fossil-fuel era is on the horizon.” Reality check: Most alternative green energy, like wind and solar, is inconsistent in terms of power production, requiring conventional backups fuelled by fossil fuels or nuclear energy. Nor are other alternatives such as biofuels and batteries yet capable of replacing, for example, the jet fuel necessary to fly airplanes or the diesel that trucks use to transport food, medicine and consumer goods. - National Post

Jason Kenney has spent months now gleefully ripping Alberta's NDP government for the carbon tax it brought in and just raised to $30 a tonne. The United Conservative Party Leader has made a low-budget video of himself filling up his trusty blue pick-up, while complaining about how much more it costs now as a result of Rachel Notley's dreaded tax. He vows it will be among the first things to go if he and his party take power in two years' time. It's been a popular pitch in a province still feeling the effects of a dramatic drop in the price of oil. It's also a fundamentally dishonest one. What Mr. Kenney doesn't mention is the fact there is a pan-national climate agreement in this country, one that was signed off on in 2016 and that is due to take effect later this year. The provinces all have been put on notice that Ottawa expects to receive details soon from them of how each intends to fulfill its commitment under the deal. The federal carbon tax is set to start at $10 a tonne this year and rise annually to $50 a tonne by 2022. - Globe & Mail

Why the Trump offshore drilling plan is another Canada-U.S. complication — Paul Withers

As much as half a million kilograms of haddock caught on the rich fishing grounds of Georges Bank this weekend will be landed in ports in southwestern Nova Scotia, as the winter fishery gets underway after a storm-delayed start to 2018. Georges Bank is so productive that the fish hatched in a single year can keep fish plants going for several years. On January 4, the U.S. Bureau of Ocean Energy Management issued a draft proposal for oil and gas leases that opened 90% of outer continental shelf waters to petroleum exploration. The proposal contemplates opening the North Atlantic zone – which includes Georges Bank – to oil and gas development in 2021 and 2023. Production from exploration and development in newly available offshore areas will likely not occur for a decade or more, and then will continue for another 30 to 40 years or longer, the Bureau says. - CBC

Ontario’s largest and recently privatized electricity utility has spent $9-million to redesign bills and is proposing to spend an additional $6-million on the project. Hydro One has come under fire for spending since the Liberal government sold more than half of the company, notably for its CEO’s $4.5-million pay. Now, the NDP is raising concerns with the $15-million bill redesign expense contained in a rate application from the formerly public utility. “I don’t think the problem we face is a bill that people can’t understand, I think the problem is rates that are too high,” said energy critic Peter Tabuns. “Fifteen million dollars seems awfully expensive to me.” But Hydro One says a 2016 survey of its customers indicated about 40% had trouble understanding their bills. Ferio Pugliese, the company’s executive vice-president of customer care and corporate affairs, said the redesign was aimed at giving customers a simpler bill. - St. Catharines Standard

SaskEnergy has completed restoring natural gas service for customers in Melfort, Kinistino, St. Brieux and the surrounding areas affected by a pipeline rupture on Wednesday. The source of the outage was identified as a failure on a high-pressure transmission line in the middle of a farmer's field between Weldon and Birch Hills, according to SaskEnergy. About 4,500 customers were affected. Workers stayed in the area overnight to restore service. - CBC

Members of Congress from both parties and both coasts have intensified their opposition to the Trump administration’s plan to open almost all of America’s outer continental shelf to energy exploration. Sen. Susan Collins (R-Maine) joined eight New England Democrats and an independent on Thursday to introduce legislation barring offshore drilling along the New England coast. The Senate group, led by Democratic Sens. Sheldon Whitehouse of Rhode Island and Edward J. Markey of Massachusetts, said its proposed New England Coastal Protection Act would block any drilling that put "vital coastline at risk and threaten[ed] a central economic engine for New England." Rep. David Cicilline (D-R.I.) introduced companion legislation in the House. - Los Angeles Times

Signs in the market that power prices are still heading north have increased skepticism about the modelling from the Energy Security Board and other regulators that tariffs will decline over the next few years. Victorian household customers with the Big Three retailers, AGL Energy, Origin Energy and EnergyAustralia were hit with average price hikes in standard tariffs of between 9.4 and 14.9% on January 1. Some industrial customers due to renew electricity supply contracts this year are facing much larger increases, with Ace Metal Treatment Services in Victoria pointing to a possible doubling, if not tripling in its tariff. Several analysts are also assuming that wholesale prices, while softer than the spikes seen in early 2017, will remain elevated for the next few years, in contrast to predictions by the Australian Energy Market Commission in December, for example, of declining prices from mid-2018. - Australian Financial Review