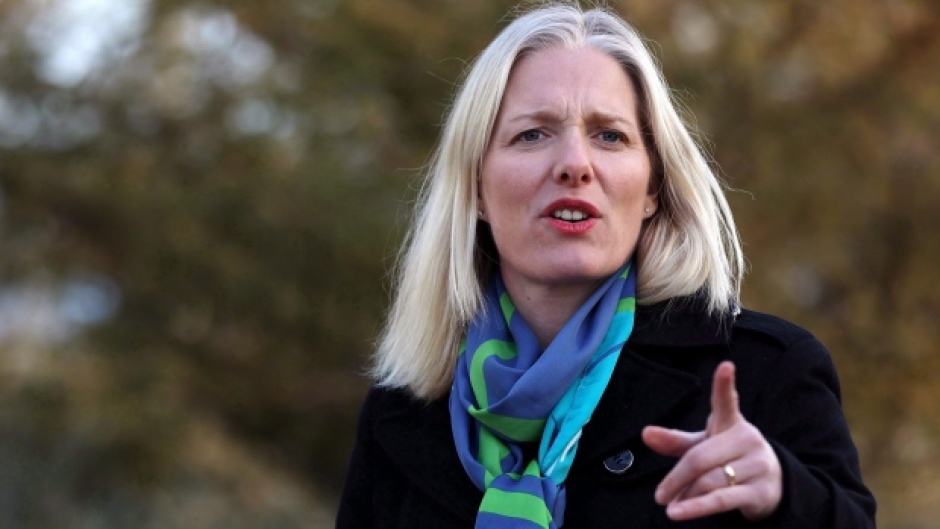 Atlantic provinces already meeting their emissions reduction goals won’t get a break in the upcoming carbon tax plan, Environment Minister Catherine McKenna told The House on Saturday. With the national price on carbon looming, the premiers of Nova Scotia and New Brunswick have been arguing their emissions reduction contributions should afford them some flexibility in their respective provincial plans. McKenna, however won’t budge. “We have been very clear on the standard we expect, and we will be reviewing everyone’s system to ensure that it meets that standard,” she said. - CBC News

A new study released by the Laurier Centre for Economic Research states that the federal government will have to significantly raise carbon prices in order to meet targets to reduce greenhouse gas emissions from passenger cars. Writers of the report Nicholas Rivers and Randall Wigle claim that a carbon tax is clearly the economically efficient way to reduce emissions in the sector, while the various regulations and subsidies have impacts that are less noticeable to the public but far more costly. Others argue that there are obvious barriers to putting a high price on carbon. But the Laurier Centre study makes it clear that meeting Canada’s emissions targets for road transportation will be expensive, whatever policies are adopted. - Globe and Mail

Municipalities and residents in British Columbia are set to protest National Energy Board hearings starting Monday on the route of the Trans Mountain pipeline expansion. Protesters say the expansion would damage sensitive ecosystems, harm public parks and trails and adversely impact homeowners. The pipeline would run through Burnaby, British Columbia, a major opponent of the project. Mayor of Burnaby Derek Corrigan said that he will be present at the hearings to “ensure this route is never approved.” The National Energy Board began holding hearings on the route of the Trans Mountain pipeline in late November, and has approved some segments in eastern B.C. and Alberta. - National Post

On Thursday, two key developments unfolded in Canada’s long-running pipeline logjam. TransCanada Corp. said it has commercial support for its US$8-billion Keystone XL pipeline, which would run from the Hardisty area south to Steele City, Nebraska. Kinder Morgan also won a pivotal ruling from the National Energy Board to streamline the dispute-resolution process to obtain municipal and provincial permits needed to build its Trans Mountain expansion. Both are hopeful signs for a Canadian industry that has been missing out on the recent oil price rally due to deepening discounts for domestic heavy crude. - Calgary Herald

U.S. company investigating after one of its wind turbines collapsed in Ontario — CP

Terraform Power, a Maryland-based renewable energy company that supplies wind turbines to southwestern Ontario, is investigating the collapse of one of their wind turbines in Chatham-Kent. Monte McNaughton, a provincial lawmaker for Lambton-Kent-Middlesex, posted an image of the collapsed turbine with an additional call to Ontario’s Liberal government to place a moratorium on two other wind projects in the region. - Toronto Star

It is true that under the provincial Liberal government, electricity rates in Ontario rose at a rate faster than expected. But that is why the government implemented Ontario’s Fair Hydro Plan, to reduce rates by 25% on average for all households across the province. Ontarians who live in remote areas, or qualify for low-income assistance, are eligible for more relief – as much as 50%. Ontario is significantly less expensive in terms of energy than other major North American cities. The Conservative opposition has criticized the Fair Hydro Plan, but then essentially implemented it into their own platform. - Toronto Sun

Government programs impose costs on third parties – both on consumers and the taxpayers who are forced to pay for government actions. Politicians make their livings by imposing costs on others. An example of such a government program is the more than $1-billion cost to taxpayers announced several weeks ago by Ottawa, to pay for corporate welfare and other ill-advised green programs across six provinces. Meanwhile in Ontario, residents are paying billions of dollars annually for unnecessarily expensive power, and 75, 000 manufacturing jobs have disappeared thanks to the provinces reckless green policies. Green schemes impose huge costs on third parties – consumers and tax payers. - Toronto Sun

President Donald Trump will decide this week whether to implement tariffs on imported panels, a decision that would hit the solar-power industry hard. The industry has boomed in the U.S. recently due to the low price of panels, which are cheaply imported. On the other side are two U.S. subsidiaries of foreign companies that argue the domestic manufacturing of solar cells and modules has been decimated by a flood of imports, mostly from Chinese companies with operations throughout Asia. President Trump will decide on Friday whether or not he will implement a tariff of up to 35% on imported panels. - National Post

Frackers could make more money than ever in 2018, if they don’t blow it — Bradley Olson

U.S. shale companies are poised to earn real money this year for the first time during the fracking boom. Crude prices have surged almost 40% in the past six months, and shale drillers are taking a more cautious approach to drilling plans, even though in the past, higher prices have almost always led them to boost drilling. Production continues to increase because of past and continuing investment, but companies are pulling back on future spending. That puts U.S. oil companies on track in 2018 to generate more cash than they spend, a first in the age of shale. Shale-company executives have been preaching the gospel of moderation since 2014 when oil prices plummeted because of a global glut of crude that fracking helped create. Yet the companies behind the U.S. oil boom together have spent $265-billion more than they generated from operations since 2010, according to a Wall Street Journal analysis of FactSet data. - The Wall Street Journal

Fulfilling every stereotype of the phoney-baloney politician, New York Mayor Bill de Blasio last week sued the oil industry. His argument, that oil companies cause a public nuisance in the form of greenhouse gases, has already been rejected by the U.S. Supreme Court. The five companies he wishes to blame for rising seas and unpleasant storms account for a tiny share of global CO2 output. Most of the world’s energy reserves are government-owned. The oil performed exactly as advertised. The public got exactly the benefit it expected. Where is the fraud? The city isn’t trying to stop climate change but to share in the booty. If New York and other locales that have launched or contemplated such lawsuits want to tax energy, why don’t they just tax energy? Because that system benefits nobody. - The Wall Street Journal

Environment Minister Josh Frydenberg’s argument for the subsidizing of electric vehicles is flawed. If there ever was a country less suited to electric vehicles, it’s Australia. There is always a great danger of not being able to reach the next fast-charge outlet. But hang on a minute: where does the power come from? From the electricity grid, of course. You know the one that is very close to shutting down on hot days, the one increasingly reliant on intermittent wind and solar power with reliable coal-fired plants forced to close. These electric vehicles are subsidized, the minister argues. But where do these subsidies come from? By all means, buy and electric vehicle if you want to. Just don’t expect other motorists and electricity consumers to pay for your virtue signalling. - The Australian