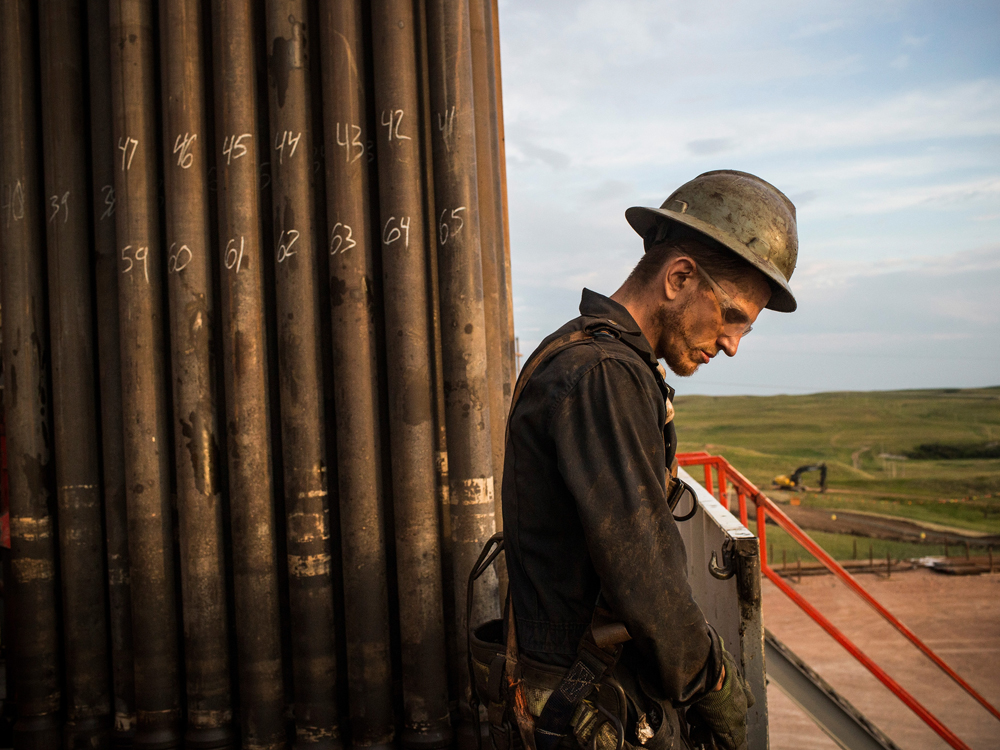 'The potential is absolutely huge': Watch out America, Canada is the next frontier for shale oil — Nia Williams

The revolution in U.S. shale oil has battered Canada’s energy industry in recent years, ending two decades of rapid expansion and job creation in the nation’s vast oilsands. Now Canada is looking to its own shale fields to repair the economic damage. Canadian producers and global oil majors are increasingly exploring the Duvernay and Montney formations, which they say could rival the most prolific U.S. shale fields. Canada is the first country outside the United States to see large-scale development of shale resources, which already account for 8% of total Canadian oil output. China, Russia and Argentina also have ample shale reserves but have yet to overcome the obstacles to full commercial development. Canada, by contrast, offers many of the same advantages that allowed oil firms to launch the shale revolution in the United States: numerous private energy firms with appetite for risk; deep capital markets; infrastructure to transport oil; low population in regions that contain shale reserves; and plentiful water to pump into shale wells. - National Post

The controversial $7.4-billion Trans Mountain expansion project, which would nearly triple the capacity of the pipeline system running from Alberta to British Columbia’s southern coast, is facing significant scrutiny from many B.C. environmentalists, indigenous groups and governments that oppose it. The long list of stakeholders speaking out against the project in the latest hearing includes the cities of Burnaby and Coquitlam, as well as homeowners who fear the proposed route will drag down their property values. Some opponents have since withdrawn from the proceedings because their concerns have been addressed. - CBC News

The collapse of capital spending in Alberta's oil sands has hit the region's service and supply providers hard over the past three years, but many aboriginal-owned businesses have fared better than their non-aboriginal competition as oil sands operators prioritize working with Indigenous companies. "We're not making anything close to the margins that we used to, but, in terms of the number of employees, we're at the height of our operations," says Nicole Bourque-Bouchier, chief executive officer and co-owner of Bouchier Group. Ms. Bourque-Bouchier, a Mikisew Cree First Nation member, co-founded the road-maintenance company with her husband, David, in 2004. Diversification into facilities maintenance and, most recently, an engineering procurement and construction (EPC) division, has fuelled the company's expansion since oil prices collapsed in 2014 to just under 1,000 employees and contractors. - Globe & Mail

Suncor Energy Inc. has achieved its first oil from its massive Fort Hills oilsands mine, adding to the Canadian oil production glut at a time when the industry is reeling from pipeline and rail capacity issues that has slashed Canadian oil prices by nearly half compared to the U.S. benchmark. Suncor, the largest integrated energy company in Canada, announced Monday it started an extraction unit at the $17-billion Fort Hills oilsands project over the weekend, an important milestone that means the project has transitioned from construction to production. - Calgary Herald

The Alberta government is missing out on millions of dollars in royalties because of wasted natural gas, a new report suggests. But the Canadian Association of Petroleum Producers (CAPP) says changing the rules around gas conservation would result in an even bigger loss of revenue. The Pembina Institute, a policy think tank focused on reducing the use of fossil fuels, said in a briefing report that Alberta is losing up to $21-million a year in energy royalties because of unaccounted leaks or natural gas that is intentionally vented. Progress Alberta suggested that adds up to $105-million over five years. “This money is just going away forever and instead of investing that money into things we want, it’s just vanishing,” said executive director Duncan Kinney, who prior to joining Progress Alberta, was part of a Pembina Institute project called Green Energy Futures. - Global News

Canadian Ambassador to the United States and former New Brunswick Premier Frank McKenna is sounding alarm bells about the national impact of Energy East’s failure. Mr. McKenna explained in an interview with the Telegraph Journal that the detrimental effects of the planned pipeline did not only have an impact on New Brunswick and Atlantic Canada but have hurt Canada’s negotiating position in trade talks with the United States. Because the U.S. is effectively the sole destination for Canadian oil products, Ottawa doesn’t have leverage in its trade policy for this major and vital commodity, thus hurting its ambitions for other sectors.  - Telegraph Journal

Outlook is sunny for renewable energy in Alberta — Monica Curtis

The ailing U.S. coal industry is ramping up its political and legal offensive to win approval for West Coast export terminals that could provide a lifeline to lucrative Asia markets. Coal producers filed two recent lawsuits against governments in Washington state and California challenging local decisions to block port projects on environmental grounds. The industry is also lobbying the Trump administration to override the local bans. - Reuters

The U.S. is rolling back clean air legislation for the classification of major sources of pollution. Under the Environmental Protection Agency’s (EPA) new rules, sources of hazardous air pollutants previously classed as "major sources" – such as power plants – may be reclassified as "area" sources if they lowered their emissions. The Clean Air Act defines a major source as one that emits or has the potential to emit 10 tons of any hazardous air pollutant per year or 25 tons per year or more of any combination of pollutants. The government believes the "once in always in" policy has been a "longstanding disincentive" for developers to implement voluntary pollution abatement and prevention efforts or pursue technological innovations to reduce emissions. - Energy Live News

International developer Canadian Solar has struck a deal to buy a majority stake in five large mid-stage solar power projects planned for New South Wales in a further example of the appetite of overseas investors for deeper exposure to the burgeoning large-scale renewables sector. Canadian Solar will own the five projects jointly with Photon Energy, which developed four of them in co-operation with private Sydney-based firm Polpo Investments. While the commercial terms are not disclosed, the firms said that equity capital provided by Canadian Solar would cover all the budgets for bringing the projects through to construction, with building costs put at about $1.4-billion. Financial close is targeted for early 2019 with a view to bringing at least some of the 1.14 gigawatts of additional solar capacity into production already next year ahead of the filling of the 2020 renewable energy target. Other investors could be brought in at that stage. - Australian Financial Review