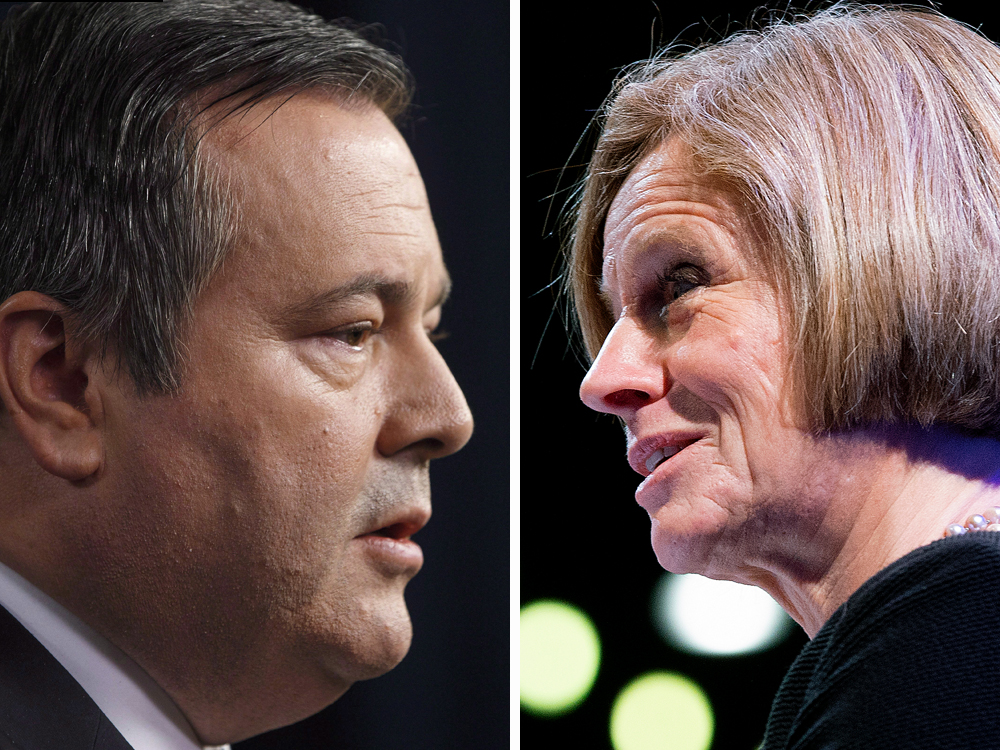 If there is a provincial election in Alberta in May 2019, the New Democrats will get to introduce, and in theory run behind, an election budget. One of the key themes will be carbon dioxide taxation. In arguments about the Alberta carbon tax, the design of the actual instrument has mostly been beside the point until now. The whole idea of taxing carbon, as such, strikes at the heart of Alberta’s cultural self-identification: to many Albertans, raised on tales of Leduc No. 1 and the National Energy Program and the Heritage Fund, it is morally offensive in itself. But there are many Albertans on the opposite end of the environment/hydrocarbon spectrum, and the NDP’s carbon tax rhetoric was designed to appeal to them. But it might not be enough. The carbon tax was promised to be revenue neutral, which we now see from the 2018 budget, it is not. The carbon tax has just become a means of extracting more money from Albertans. - National Post

People living in certain seniors’ residences in Alberta will have to fork over 30% of their carbon tax rebate to pay for their building’s higher utility costs. Earlier this month, Alberta Seniors and Housing sent a letter to all seniors’ home operators telling them about the changes. Some provincially-owned facilities offer subsidized rents. Residents may pay 30% of their income. Often utilities in these buildings are either included or capped. When Alberta’s carbon tax took effect, groups operating these facilities had to pay more for natural gas and electricity but could not pass along higher costs to tenants. Low-income seniors did, however, receive carbon tax rebates intended to offset their higher costs. The province decided that because the seniors did not have to pay extra for gas and electricity, their rebate would be included in their income for the purposes of determining rent. That amounts to a 30% rebate clawback. Alberta’s minister of housing and seniors defends the plan, noting affected seniors will still receive 70 per cent of their rebates. - Global News

Ottawa is targeting heavy industries in provinces that fail to adhere to federal standards for carbon pricing by forcing those emitters to reduce their greenhouse gases by 30% or pay tax on emissions above that threshold. The federal carbon levy – which could grow to tens of millions of dollars per plant – would currently only apply to Saskatchewan and New Brunswick. Ottawa will introduce the tax at $20 a tonne next January, and it will climb to $50 in 2022. Under the proposed regulations, large emitters would face sector-wide benchmarks for emissions reductions, with the country’s 15 refineries on average looking at a 30% cut from existing emissions levels. Companies in provinces that refuse to adopt their own carbon pricing system or fail to meet federal standards would be taxed on emissions above that level. - Globe and Mail

The Liberal government’s signature climate change plan – which imposes carbon pricing across the country and has been used to justify the approval of the Trans Mountain pipeline expansion – isn’t enough to ensure Canada meets its emissions target under the Paris Agreement, according to a new report tabled Tuesday in the House of Commons. The authors of the report (auditors general of nine provinces and the federal environment commissioner) conclude that Canada is on pace to overshoot its emissions target for 2020 by nearly 20% and that more action is needed to meet the Paris Agreement target by 2030. Environment Minister Catherine McKenna welcomed the report and told reporters that the government remains “100% committed” to attaining the Paris Agreement target of reducing emissions to 30% lower than their 2005 level by 2030. Opposition MPs said the report shows the government is failing to meaningfully address one of the biggest public policy issues of the 21st century. - Toronto Star

Most provinces not on track to meet emission-reduction targets: auditors — Shawn McCarthy

Only five of 12 provinces and territories have targets for reducing greenhouse-gas emissions by 2020, and only two are on track to hit those goals with domestic reductions, a report from Canadian auditors-general said Tuesday. Federal, provincial and territorial auditors worked together to assess Canada’s response to climate change, both in reducing greenhouse-gas emissions (GHGs) and adapting to the changing conditions. Quebec did not participate in the study. Of those provinces and territories that were included, only New Brunswick and Nova Scotia have climate targets for 2020 that they are likely to achieve through domestic action, while Ontario is relying on a cap-and-trade system that includes emissions reductions from outside the province. Despite the presence of a federal goal that relies in part on provincial action, nine of 13 provinces and territories have no GHG targets for 2030, including Alberta, British Columbia, and Newfoundland & Labrador. - Globe and Mail

Saskatchewan environment minister Dustin Duncan said Tuesday that the province is making progress toward reducing greenhouse gas emissions. These comments came as a response to a scathing audit that says neither the federal government nor the provinces have adequately assessed the risks a changing climate poses to the country. Duncan said the report didn’t take into account Saskatchewan’s climate change plan that does not include a carbon tax or the province’s participation in Ottawa’s Pan-Canadian framework on Clean Growth and Climate Change. The audit report says that Saskatchewan and Alberta have seen increases of over 50% relative to their 1990 emissions. Duncan said that even if Saskatchewan made significant cuts, the province only produces a small part of the total emissions in the world. - National Post

City of Burnaby officials will escalate their legal battle over the Trans Mountain Pipeline expansion project to the Supreme Court of Canada, it was announced Tuesday. On Friday, the Federal Court of Appeal dismissed the B.C. government’s bid to challenge a National Energy Board ruling that allows Kinder Morgan Canada to bypass local bylaws during construction of the pipeline expansion. The court also ordered B.C. to pay legal costs. Burnaby Mayor Derek Corrigan, however, argued the federal court had not given adequate consideration to the arguments brought forward by the municipality or the province before dismissing the appeal. There are still a number of other legal decisions pending on the pipeline – including a review by the Court of Appeal of the decision by the federal cabinet to approve the pipeline and a review by B.C.’s highest court of the decision by its former provincial government to approve the pipeline. - Vancouver Sun

Stranded Canadian crude is waiting for trains to take it to U.S. refineries. After spending hundreds of millions of dollars building rail terminals able to handle more than a million barrels a day of oil, Canadian crude producers are discovering that all the loading capacity in the world isn’t sufficient if rail companies don’t provide enough locomotives, conductors and track space to transport the oil. Western Canadian crude production will exceed the pipeline capacity to carry it away by 338,000 barrels a day by the end of the year, about three times more than December 2017, according to Genscape. With oil prices recovering from the 2014 plunge, and pipeline space again limited, rail companies, once burned, are now demanding longer-term commitments from crude shippers. - Toronto Star

For B.C. government, being awful isn’t even the worst of it — Don Braid

It’s clear by now that the B.C. NDP is Canada’s worst government. But is it even a Canadian government? Last week, B.C. Premier John Horgan had a jolly meeting with Jay Inslee, the Democratic governor of Washington state. They agreed that they don’t want that Kinder Morgan thing. Inslee was full of praise for Horgan’s efforts to kill the pipeline expansion. Horgan seems to see himself as Neptune reborn, god of the western sea. His vision doesn’t mention Canada or Alberta or recognize that a huge part of his own province is decidedly inland. The maritime paradise envisioned by Horgan includes copious cross-border shipments of fossil fuel, on the ocean. This is about to increase. Shipments of crude from Alaska routinely pass by Vancouver in tankers on their way south to U.S. refineries and 60% of jet fuel coming to the Lower Mainland is from the states. This problem could be solved on old-fashioned Canadian land by an expanded Kinder Morgan line. Alberta refineries already ship some jet fuel. A second Lower Mainland refinery is desperately needed. But, as we’re coming to expect, the solution will be American, not Canadian. - Calgary Herald

Victoria will experience significant gas shortages within three years unless additional supply is brought online, which could have flow-on effects for the whole National Electricity Market, according to a new report by the Australian Energy Market Operator. The report – which mirrors similar concerns about New South Wales' gas supplies and prompted Prime Minister Malcolm Turnbull last year to declare a national energy crisis – will put more pressure on the Andrews Labor government to lift its moratorium on onshore gas exploration in Victoria. The moratorium has been heavily criticised by industry and federal Energy Minister Josh Frydenberg. - Australian Financial Review

The Federal Office for the Environment says CO2 emissions in Germany dipped by 0.5% last year due to the country’s growing use of wind power. According to preliminary figure released Tuesday, emissions from the energy sector fell by 13.7 tonnes compared to 2016. Officials cited the increase in wind power and a drop in electricity generated from coal, though Germany still relies heavily on the fossil fuel. CO2 emissions from the transport and industrial sectors rose, however, due to Germany’s growing economy. Despite the drop, Germany is predicted to miss its target of reducing greenhouse gas emissions by 40% by 2020 compared to 1990 levels. - National Post