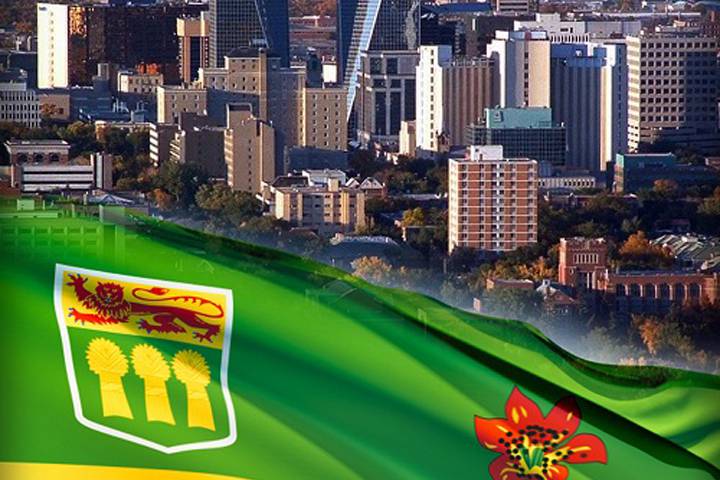 By not signing the federal climate change plan by February 28, Saskatchewan lost a guaranteed $62-million in funding for emission-reduction programs. But with hints of a legal challenge over the carbon tax, there's a lot more that could be at stake in the coming months. The Pan Canadian Framework on Clean Growth and Climate Change is the federal government's plan to meet emissions reductions targets. The main reason Saskatchewan has given for not signing onto the plan is its opposition to a mandatory carbon pricing or tax system – a foundational aspect of the plan. Provinces and territories were given the option of developing their own climate plan under federal guidelines or opting for one created by the federal government. "To be clear, carbon pricing is coming into effect across Canada, regardless of whether provinces sign onto the framework or not," said Julia Kilpatrick, director of communications for the federal Ministry of Environment and Climate Change Canada. - CBC News

A significant new front, once thought pacified, has opened up in the debate about Canada's response to climate change. We saw it with the four candidates for the leadership of the Ontario Progressive Conservative Party taking turns Wednesday night to debate the extent of their opposition to pricing carbon. Doug Ford insisted he was the one who really led the charge against what was, until last month, a centrepiece of the PC party's election platform. “If Doug Ford didn't come out in the last debate and drag them along kicking and screaming about the carbon tax, they'd still have a carbon tax." Ford Said. Tanya Granic Allen insisted that she had hated the idea of a carbon tax ever since the moment then-leader Patrick Brown embraced it in 2016. "I knew right from my gut ... that it was wrong," she said. Turns out Christine Elliott could top that. "I have been opposed to a carbon tax since I was first elected in 2006," she said. All four also said they would fight Prime Minister Justin Trudeau's attempt to impose a federal price on carbon.  - CBC News

A new poll of Ontario voters shows that if the Progressive Conservatives want to win with swing voters in the coming election, they'll need a policy that tackles climate change and prices carbon emissions. Leaving aside Patrick Brown's on again, off again bid to succeed himself, the other four candidates in the PC leadership contest rushed to distance themselves from the "People's Guarantee" platform, and in particular its promise to implement a revenue-neutral carbon tax. But the new Forum Research survey commissioned by Canadians for Clean Prosperity shows that that might have been the wrong move. The most committed PC voters, who likely resemble the party's membership base, oppose a carbon tax and are more skeptical of action on climate change. However, this does not reflect opinion in the province as a whole. More importantly, this inaction on climate change does not appeal to voters who are undecided or merely leaning conservative – the voters the party needs to attract and keep to win the election. - Huffington Post

The largest oil and gas producer in Canada is reacting to deep discounts for domestic heavy oil and volatility in natural gas prices by slowing drilling plans, even as its financial results improve. Calgary-based Canadian Natural Resources Ltd., which produces over 1 million barrels of oil and gas per day, announced during an earnings call Thursday that it could substitute heavy oil drilling with light oil drilling, accelerate planned maintenance in the oilsands and drill just 17 natural gas wells this year amid challenges specific to the local energy industry. “We expect them to return to normal in the next few months,” the company’s executive vice-chairman Steve Laut said in an interview of his company’s plans to manage through the Canadian heavy oil discount. Domestic oil prices have tumbled since TransCanada Corp.’s Keystone pipeline spilled oil in South Dakota and the line has been operating below full capacity since the incident at the end of 2017. - National Post

Trump is energizing his country, Trudeau not so much – Joe Oliver

The federal government’s social action budget and recent counterproductive changes to the assessment of natural resource projects are the latest in a host of misguided policies that will damage employment and economic growth prospects in Canada. Dramatically different taxes and energy and regulatory policies are putting Canada at a severe economic disadvantage to the United States. According to the International Energy Agency, this year the U.S. will overtake Saudi Arabia and Russia in the production of oil, becoming the biggest producer in the world. President Trump’s government has approved pipelines and offshore drilling. The country has become less dependent on imported oil and has lowered taxes. Green house gas emissions have declined. Meanwhile in Canada, taxes go up on carbon dioxide emissions and more regulatory roadblocks are being put in place. We have achieved economic harm with virtually no environmental gain. - Toronto Sun

Progressive Conservative interim leader Vic Fedeli has formally apologized to a Jim Karahalios, a party activist who heads “Axe the Carbon Tax” and “Take Back our PC Party.” Karahalios was instrumental in exposing problems at Tory candidate nomination elections, the policy-making process and other abuses of the party constitution. In response, the Tories under former leader Patrick Brown filed an expensive legal action against him that a judge ruled with a “strategic lawsuit against public participation” to stifle dissent. Under Brown, the party planned to appeal that decision. Karahalios is seeking more than $140,000 in damages and legal costs from the party. Mr. Karahalios’ crusade against Brown’s embrace of a carbon tax has been embraced by all the leadership hopefuls in the March 10 PC leadership contest. - Toronto Star

The U.S. oil and gas industry on Thursday slammed President Donald Trump’s plan to impose tariffs on imported steel, saying the move would kill energy jobs by raising costs for big infrastructure projects. Officials at the nation’s top energy industry trade groups issued statements urging Trump to reconsider the idea, and a source familiar with Exxon Mobil Corp’s investment plans said the tariff could lead the company to curtail an expansion of one of the country’s biggest refineries. Trump said on Thursday he would impose tariffs of 25 percent on steel imports and 10 percent on imported aluminum next week, in a move intended to protect U.S. industry. But critics said it would fail to boost jobs and risked stoking a trade war with China - Reuters

Russian operatives attempting to discourage U.S. energy production posted thousands of messages on social media supporting environmental activists in their campaign to limit oil and gas projects, a report by Republican lawmakers said on Thursday. On Facebook and Instagram, for example, a picture of a real protestor fighting against Energy Transfer Partners’ Dakota Access Pipeline was presented with a panel written by Russian operatives that said, “Americans have been stealing from Native Americans for more than 500 years.” The lawmakers’ report linked some 9,100 posts on Twitter, Facebook, and Instagram between 2015 and 2017 to operatives including the St. Petersburg-based Internet Research Agency, a Russian propaganda arm known for its trolling on social media. - Reuters

Australia's energy regulators will be collectively breathing a sigh of relief after the power network survived a hot summer without any major black-outs. After multiple power losses in South Australia during the 2016-17 summer, including one which cut off the state from the rest of the power grid, federal Energy Minister Josh Frydenberg will be relieved the emergency changes made to the operation of the National Electricity Market worked over the long, hot summer months. The Australian Energy Market Operator – which runs the national electricity and gas market – had worked to ensure a suit of measures were in place, including "demand response" actions, to avert any power shortages in South Australia, Victoria, New South Wales and Queensland. - Australian Financial Review