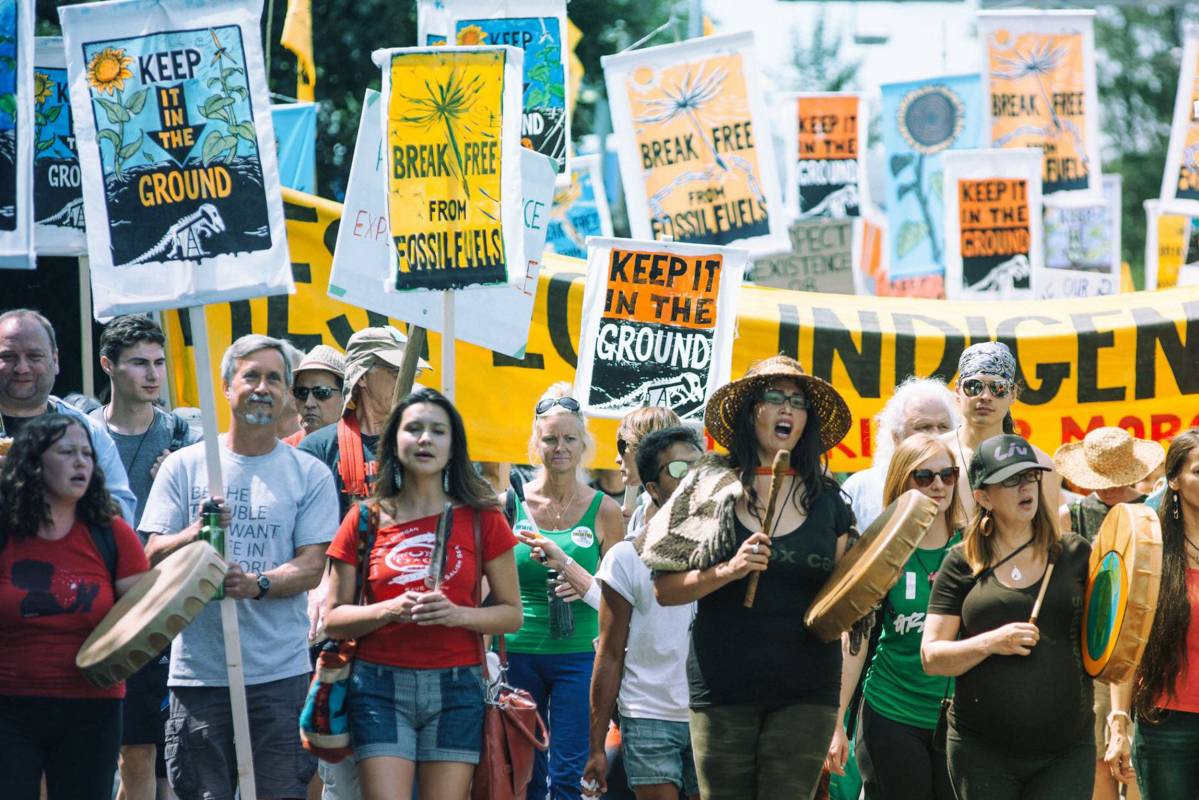 350.org has become a powerful player in the war against Big Oil. The founder of the organization Bill McKibben was seen onstage next to New York Mayor Bill de Blasio when the mayor announced the divestment of fossil fuels for the city’s public pension fund holdings. In the recently leaked document from the B.C. Liberals which outlined a battle plan in the fight against Kinder Morgan’s Trans Mountain pipeline expansion, the acknowledged author is listed on 350.org’s website as a staff “Canada Tar Sands” organizer. 350.org has received millions in donations from an array of rich American backers, including the Rockefeller Brothers Fund. While many people have been fixated on the battle between provincial governments in B.C. and Alberta over the pipeline issue, environmental outfits in Canada are gearing up for the fight of their lives. - Globe and Mail

Ken Fellows, an economist at the University of Calgary, issued a one-page brief on Tuesday titled Energy and Environmental Policy Trends that said the provincial and federal governments, along with industry, are losing $13-billion every year because of the lack of pipeline capacity. Fellows said the analysis is based on readily available public data and argues the lack of pipelines is creating a wider price differential and therefore price discount for Canadian oil. However, B.C. economist Robyn Allan argues the price differential always fluctuates and the most recent widening has more to do with pipeline failures than pipeline capacity. Despite the lack of depth in his report, Fellows says he stands by his “ballpark figures.” - CBC News

CEOs from hundreds of energy companies are in Houston for CERAWeek and for the handful who get to speak on stage, it’s a chance to make their pitch and sell their story directly to investors. For Canadian companies from Alberta’s oil patch, they take a different angle – stressing the innovative breakthroughs they are achieving to drive down expenses. While they want to talk technology, they can’t avoid the overwhelming investor concern about export pipeline space. Existing infrastructure is full and proposed projects are stalled. Investors are scared to sink big money into the oilsands knowing there is uncertainty over how the oil can reach the buyer. - CBC News

Popular TV science personality Bill Nye put Prime Minister Justin Trudeau on the spot Tuesday to explain Canada’s approval of a controversial pipeline which, if built, will increase the flow of oil from Alberta to the Pacific coast. Nye cited a study by a group called The Solutions Project that concluded Canada could live entirely without fossil fuels if it fully embraced renewable energy sources. Trudeau agreed there is tremendous potential in Canada to develop renewable power from wind, solar, geothermal and as-yet-unimagined sources. But he added that, in the meantime, Canada will continue using oil and still needs to get its resources to market in the safest way possible – and doing so requires that pipelines be built. - Chronicle Herald

Oil fell on Wednesday as financial markets slid after a free trade advocate in the U.S. government resigned, feeding concerns that Washington’s plans for import tariffs could spark a trade war. Rising U.S. crude output and climbing U.S. inventories have also weighed. The United States is set to become the world’s biggest oil producer this year, threatening to offset supply cuts by the OPEC, Russia and other producers. The oil price fall followed weakness in global financial markets after the resignation of Gary Cohn, economic advisor to U.S. President Donald Trump, seen as a bulwark against protectionist forces in the government. - Globe and Mail

One of Canada’s emerging technology stars, ecobee Inc., has raised $80-million in a venture financing to continue growing its smart thermostat business – and expects to raise roughly $50-million more within the next two months to fund its goal of reaching $1-billion in sales by 2020. The initial part of the financing for the Toronto company, which sells millions of home thermostats annually that can be controlled by smartphones and smartwatches as well as voice-activated services such as Amazon’s Alexa, is being led by Energy Impact Ventures, a New York fund backed by some of the world’s largest electrical utilities. The company has emerged as the leader in the nascent and fast-growing connected-thermostat business – with about a 30% market share in North America. - Globe and Mail

Attendance at this year’s CERAWeek energy conference suggested that the energy sector is anything but dead. The industry has not only survived, it’s thriving. The only way for industry to remain competitive in a low-price environment has been to cut costs – including massive layoffs – and become more efficient. The good news is the industry – which has been in survival mode – is winning the battle. There are concerns the lack of investment, pegged at having fallen off by US$1-trillion since the oil price collapsed, will pose challenges in terms of meeting future oil demand. But all oilsands players are looking at all avenues to manage costs, manage risk, and reduce their carbon footprints. - Calgary Herald

Iran’s oil-and-gas industry was supposed to take off after the nuclear deal. Instead, one of the world’s largest energy sectors is languishing. International oil companies are staying on the sidelines as the Trump administration threatens to rip up the 2016 deal and reimpose oil sanctions lifted in exchange for limits on its atomic-power program. Iranian officials predicted the deal would result by now in $10-billion a year in fresh foreign spending in the oil and gas sector. But only about $1.3-billion has been injected over two years, mostly from China, said Homayoun Falakshahi, an Iran-focused analyst at the oil consultancy Wood Mackenzie. - Wall Street Journal