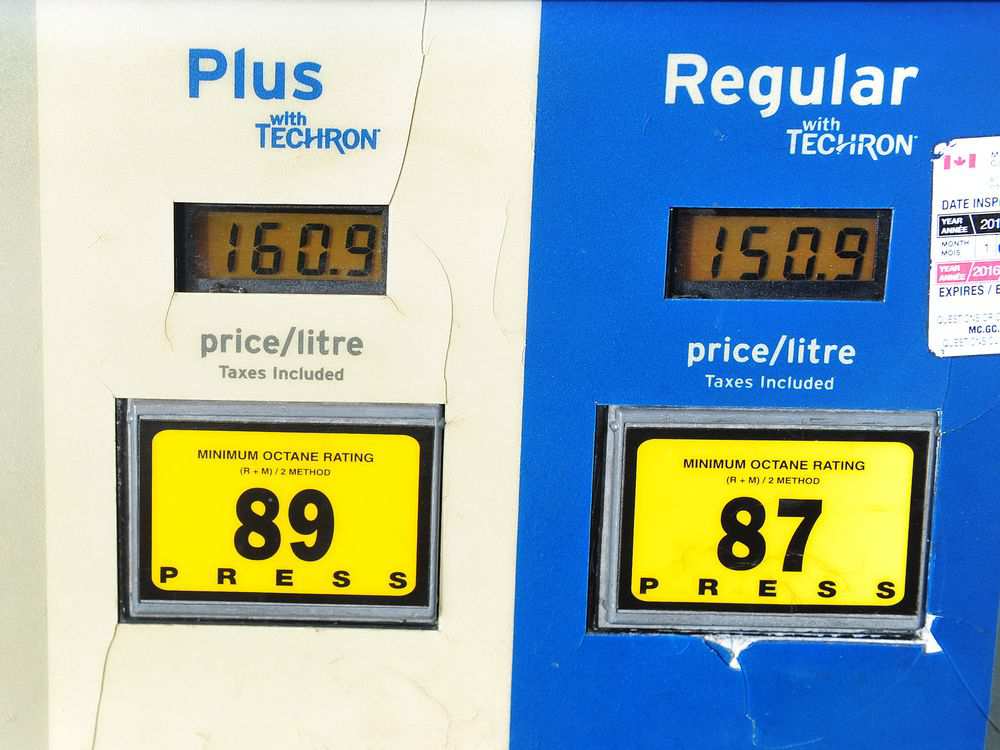 Vancouver gas prices hit 150.9 cents a litre at some stations on Wednesday, and according to a prominent petroleum analyst, it’s likely to go up. GasBuddy.com analyst Dan McTeague says the price has jumped 20 cents over the last couple of weeks. And, while this is not the highest price Vancouverites have seen – it jumped to 156 cents a litre in July 2014 – it is the highest out of all the major urban centres in North America. McTeague says there are several factors contributing to the skyrocketing costs, including the declining Canadian dollar, a shortage of supply to the Lower Mainland, and a reliance on U.S. refineries, which are charging a premium for gas. He says the Parkland refinery in Burnaby, which produces about 30 per cent of Vancouver’s fuel, is shut down for maintenance. “So all these things combine to increase prices,” he said, adding that Vancouverites pay 49.4 cents a litre in taxes, which are also the highest in North America. – Vancouver Sun

An analyst is warning that gas prices in Metro Vancouver could hit a record-breaking $1.60 a litre this summer. Dan McTeague a GasBuddy.com analyst said a shortage of supply in the Pacific Northwest is inflating prices at the pump, and the trend is likely to culminate in the summer when demand is highest and the fuel blend required for warmer weather is more expensive to produce. According to McTeague, the region's supply problems are caused largely by temporary closures at the ParkLand Refinery in Burnaby and two major facilities south of the border that are undergoing maintenance. Finding available gasoline has become more expensive for wholesalers that supply gas stations. The stations are then forced to sell fuel at higher prices to protect their own revenue. And with the Trans Mountain pipeline at capacity, McTeague said these kinds of prices might become the new norm in the Lower Mainland unless new infrastructure is built to move oil from Alberta to B.C. - CTV News

The Alberta government is taking a page from the playbook of former premier Peter Lougheed by threatening to cut oil exports in its fight against B.C.'s efforts to stop the expansion of the Trans Mountain pipeline. In Thursday's Throne Speech, the government threatened to "invoke similar legislation" if B.C. takes "extreme and illegal actions" to stop the $7.4-billion project. Premier Rachel Notley suggested in a news conference earlier in the day that the province is particularly vulnerable to fluctuations in supply. - CBC News

New Brunswick Green Party Leader David Coon has labelled the province’s climate plan illusory at the spending end, saying that spending estimates by the Department of Transportation and Infrastructure reveal most of the money from the carbon tax will merely replace existing spending, in the same amounts, on the very same things. “There’s no new money in the climate change fund to do anything,” Coon said. “The government was pretending that there was something new here by creating this climate change fund, and all it is an empty accounting exercise.” The only difference is that in [fiscal year] 2018-2019, the money will be listed as coming from the climate fund, collected through the Gallant Liberals’ carbon-pricing scheme. Environment Minister Serge Rousselle did not respond directly to Coon’s criticism but said the allocation of the climate-fund money should not be a surprise. All of this discussion is still based on the shaky assumption the federal government will accept that New Brunswick’s plan complies with national requirements. - CBC News

MPP for Wellington-Halton Hills Ted Arnott voiced his opposition to the Liberal government’s carbon tax this week. Arnott is the official opposition critic to the Minister of Environment and Climate Change. He urged the province to fight climate change through green technology, instead of pursuing a carbon tax policy by amending the Climate Change Mitigation and Low-carbon Economy Act. Arnott said that it’s no secret the Progressive Conservative Party is opposing carbon taxes, but they recognize the dire need to address the environmental impacts of Ontario’s energy consumption. - TheIFP.ca

Researchers at the University of Waterloo say farm manure could be a viable source of renewable energy to heat homes. Scientists at the university say they are developing technology to produce natural gas from manure so it can be added to the existing energy supply system for heating homes and powering industries. The proposal would eliminate harmful gases released by naturally decomposing manure when it is spread on farm fields as fertilizer. The technology could be viable with several kinds of manure, particularly cow and pig manure, as well as at landfill sites. To test the concept, researchers built a computer model of an actual 2,000-head dairy farm in Ontario that collects manure and converts it into biogas in anaerobic digesters. Some of that biogas is already used to produce electricity by burning it in generators, reducing the environmental impact of manure while also yielding about 30% to 40% of its energy potential. - Chronicle Herald

Is the Trans Mountain pipeline really an ocean-murdering hellspawn like B.C. says it is? — Tristin Hopper

Rather than crude oil, the Trans Mountain pipeline will carry diluted bitumen, a heavier and more viscous petroleum product. Pipeline opponents maintain that this makes the project a uniquely dangerous environmental threat. B.C. is currently awash in a galaxy of pipeline fears that don’t necessarily square with reality. In reality, the pipeline makes a coastal B.C. spill more likely. It will raise the amount of tankers in B.C. waters, thus statistically increasing the chances that one of them will hit something and cause a spill. However, recent studies have shown that leaked bitumen floats, which would make clean up much easier. The pipeline expansion would also make transport safer as it would reduce the amount of oil being transported by rail. It is reasonable, by looking at statistics, to expect a marine spill not to happen. - National Post

Three weeks ago, a U.S. agency sent the clearest signal yet that fossil fuels’ days are numbered. True enough, the carbon-burning economy has been declared to be on its death bed umpteenth times before. But this came with a time frame related to the ultimate killer: the battery. The Federal Energy Regulatory Commission ruled that so-called energy-storage companies such as Tesla Inc. and AES Corp. can compete against traditional power plants in U.S. wholesale markets by the end of 2020. Batteries, once relegated to powering small devices like remote controls and watches, are now poised to energize the things most central to daily life, from smartphones to cars to entire homes and offices. And Big Oil’s taken notice. At CERAWeek by IHS Markit – an annual energy conference that has drawn some of the largest names in the world of fossil fuels to Houston this week – executives met to talk batteries, not once, but twice. - Economic Times

California’s solar sector has been on fire. But after a building sprint that saw its share of solar rise from 0.5% of generation in 2010 to 10% last year, the state may be taking a break following two new production records this month. Solar served up an unprecedented 50% of the state’s demand on a sunny day around 1pm PT on March 5. The next day, utility operators reported a second record for total generation from solar, thermal, and photovoltaics, which produced 10,411 megawatts, beating out last year’s record by 5%. The state is regularly shunting electricity to Arizona and other states (sometimes paying them to do so) to avoid overloading its own power lines. Greentech Media reports there’s little prospect of big new purchases of solar, or other renewable energy sources for that matter, by utilities. - Quartz

Australian households are installing roof-top solar systems of up to 20 kilowatts capacity – once considered a small business installation – to get more "bang for their buck" as the falling price of solar photovoltaic systems has lead to a record number of installations in the first few months of 2018. While the price of batteries has not fallen enough to reach the consumer "sweet spot," Australia's love affair with rooftop solar systems showing no signs of abating, especially as next-generation panels have a lot more capacity than 10 years ago. The latest industry figures show 117.4 megawatts of capacity installed in February, in a sign of another bright year for the solar sector in 2018, following 1 gigawatt (or 1000 megawatts) being installed last year. - Australian Financial Review