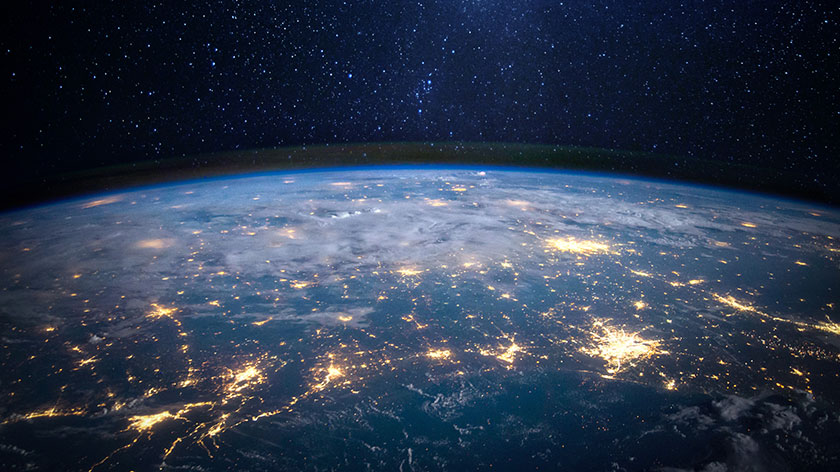 The resurgence in oil and gas production from the United States, deep declines in the cost of renewables and growing electrification are changing the face of the global energy system and upending traditional ways of meeting energy demand, according to the World Energy Outlook 2017. A cleaner and more diversified energy mix in China is another major driver of this transformation. Over the next 25 years, the world’s growing energy needs are met first by renewables and natural gas, as fast-declining costs turn solar power into the cheapest source of new electricity generation. Global energy demand is 30% higher by 2040 – but still half as much as it would have been without efficiency improvements. The boom years for coal are over — in the absence of large-scale carbon capture, utilization and storage — and rising oil demand slows down but is not reversed before 2040 even as electric-car sales rise steeply. - International Energy Agency

Two major global trends in the oil and gas markets are unfolding, but Canada is at a disadvantage for both. The first, that the world’s energy demand will steadily rise over the next three decades, puts Canada at a loss because of the restrictions put in place on accessing and producing our resources. The second development, which has already dented the Canadian oilpatch, is the rise of U.S. oil and gas, which is taking dollars and focus away from the resources industry in Western Canada. Major oil and gas producers such as Royal Dutch Shell Plc. and Total SA have reduced their exposure to Alberta. Government regulations such as the carbon tax and the greenhouse gas emission limits “have implications for the oil sands” warned the International Energy Agency. Canada still has hope in that the technology for renewable energy is not near where it needs to be to replace fossil fuels, so oil and gas will be required for many more years. And Canada is well positioned to continue to export natural gas and oil to China. However, if pipelines continue to be cancelled and restrictions continue to be put in place, Canada could stand to lose in this regard as well. - The Financial Post


Reduce our greenhouse gases, but sell our energy too — Nick Martin

The National Energy Board (NEB) released its updated long-term energy outlook recently with a pretty stunning conclusion — fossil fuel consumption in Canada will peak in the next two years. Yet at the same time, the NEB projects Canadian oil production will continue to increase through 2040. These forecasts may seem counterintuitive, but in reality, they show us exactly how Canada’s energy and climate policy should work. - Edmonton Journal

Mid-size Canadian oil and gas companies continue to ramp up production while trimming back their capital spends, a trend that comes as the energy sector exits its third year in a commodity price slump that has forced firms to drive down costs.  - Calgary Herald

According to analysts with GMP First Energy, the flow of natural gas from Western Canada has reached rates not seen since April 2007, with supplies from Alberta and British Columbia growing at a combined 1.2 billion cubic feet per day. The rise in production is being attributed to “the potent combination of new gas wellhead and gas processing capacity in the Montney and related plays, and accompanying pipeline capacity to move this gas to market.” The increased flow of gas is also benefiting AECO prices. - JWN Energy

In Bonn, Germany this week, U.S. special assistant on energy and the environment George David Banks hosted an event promoting coal, natural gas, and nuclear energy, as well as technology that can reduce their impact on the environment. This did not escape the eye of Canadian Minister of the Environment Catherine McKenna, who tweeted out a statement that said coal accounts for 41% of the world’s carbon emissions. McKenna reminded leaders of Canada’s commitment to phase out coal power plants by 2030, arguing that “in less than a decade, solar will be cheaper than coal in China, India, Mexico, the U.K. and Brazil.” McKenna however has said she allows for coal if it is accompanied by carbon capture and storage technology. - The National Post

In an effort to distract from the fact that Canada is far from reaching its 2015 Paris Climate Accord promises, Canadian climate leaders have announced a “war on coal” this week in Bonn, Germany. Canada gets only 10% of its energy from coal. For domestic political reasons, Environment Minister Catherine McKenna is especially targeting the United States, where President Donald Trump has announced America plans to withdraw from the Paris accord and revive its coal industry. McKenna said, “If the U.S. is going to step back, we’re going to step up, and that’s exactly what we’ll be doing.” It is ironic, because the use of coal to produce energy has plummeted in the U.S. in recent years, which has brought the U.S’ carbon emissions down significantly. Germany, to host country of this event, gets 40% of its energy from coal. Rather than touting yet another Liberal promise to phase out the use of coal to produce electricity in Canada by 2030, McKenna should answer two questions. First, will Canada meet Trudeau’s Pars commitments to reduce our GHG emissions to 17% below 2005 levels by 2020 and by 30% by 2030? Second, if so, how will he do this, exactly? - Toronto Sun

Manitoba Hydro's losses continue after the latest quarterly report shows a loss of about $89-million between March and September of this year. This is up from $72-million for the same period last year, according to the report. The Manitoba government directed the Crown corporation to cut 900 positions from its core operations last year. According to the report 325 people have left under the Voluntary Departure Program, with 500 more scheduled to leave by the beginning of 2018. - CBC

Cenovus Energy Inc. has announced it is selling its majority stake in a Saskatchewan enhanced-oil recovery project to Calgary-based Whitecap Resources Inc. for $940-million. This deal is the fourth on a list of four asset sales the major oilsands producer vowed to complete to help pay for its $17.7-billion acquisition of most of the Canadian assets of Houston-based ConocoPhillips earlier this year. In a statement, incoming Cenovus CEO Alex Pourbaix said the sale will allow the Calgary company to retire the entire $3.6-billion bridge facility associated with ConocoPhillips purchased before year-end. - Global News

Oil will continue growing as a source of energy for over two decades, with the U.S. set to become the undisputed leader in crude and gas production, the International Energy Agency said Tuesday. The report from the Paris-based agency will come as grim news for officials attending global climate talks in Bonn, Germany, as they grapple with ways to contain carbon emissions. Scientists just this week said that emissions of the heat-trapping gas rose this year after three years of not growing. The IEA said oil production will be driven by continued growth in energy-hungry industries. Though solar power is set to become the cheapest source of new electricity generation and the boom years for coal are over, oil and gas will continue to meet the bulk of the world's energy needs, the IEA said. - ABC News


Does nuclear power have a robust future in the U.S.? — Rich Powell

Here’s one sign that nuclear energy has been struggling: Operators shut down six reactors in recent years before their licenses expired and announced plans for several other early closings, according to the Energy Department. Reasons given include competition from natural gas, burdensome regulation and market structures. Only new state subsidies can prevent more closings, plant operators have said. Still, nuclear plants produced almost 20% of total U.S. electrical output in 2016 and 63% of carbon-free electricity. Faced with global warming, many agree nuclear offers the most efficient renewable alternative to carbon-based fuels. Meanwhile, the Trump administration has promised to help the industry with incentives and reduced regulation. So, will nuclear lead the way, or won’t it? - The Wall Street Journal

The Nebraska Public Service Commission announced Monday it will issue its decision on whether to approve the permit to allow construction of the Keystone XL pipeline on Nov. 20, the last regulatory hurdle for the controversial project. The decision will mark the final hurdle for the long-delayed project after President Donald Trump gave it federal approval in March. - CBC

Michigan Governor Rick Snyder has raised concerns about the lack of information he has been receiving from Enbridge Inc. about the Line 5 pipeline, which carries 23 million gallons of oil and natural gas across northern Wisconsin and Michigan to Ontario. Enbridge recently disclosed that 8 gaps had been found in the protective enamel coating on the outside of the pipeline. Six of those have been repaired, but more have recently been found. Vice-President of liquid pipelines and major projects Guy Jarvis said that these would continue to be repaired in the coming weeks. But Gov. Snyder remains concerned about the pipelines beneath the Straits of Mackinac, which connects Lakes Huron and Michigan. - The Financial Post

Solar manufacturers are being battered by higher costs and smaller margins, after an unexpected shortage of a critical raw material. Prices of polysilicon, the main component of photovoltaic cells, spiked as much as 35% in the past four months after environmental regulators in China shut down several factories. That's driving up production costs as panel prices continue to decline, and dragging down earnings for manufacturers in China, the world's biggest supplier. - Australian Financial Review

After three years of almost no increase in atmospheric carbon levels, carbon dioxide emissions are up about 2 per cent this year according to a report by the Global Carbon Project. Estimates for 2017 say there is about 37 billion metric tonnes of carbon dioxide in the atmosphere. It is expected that the majority of this comes from China, which had a 3.5% jump in carbon pollution. The study will be presented this week in Bonn during continued talks by climate leaders. - CBC News