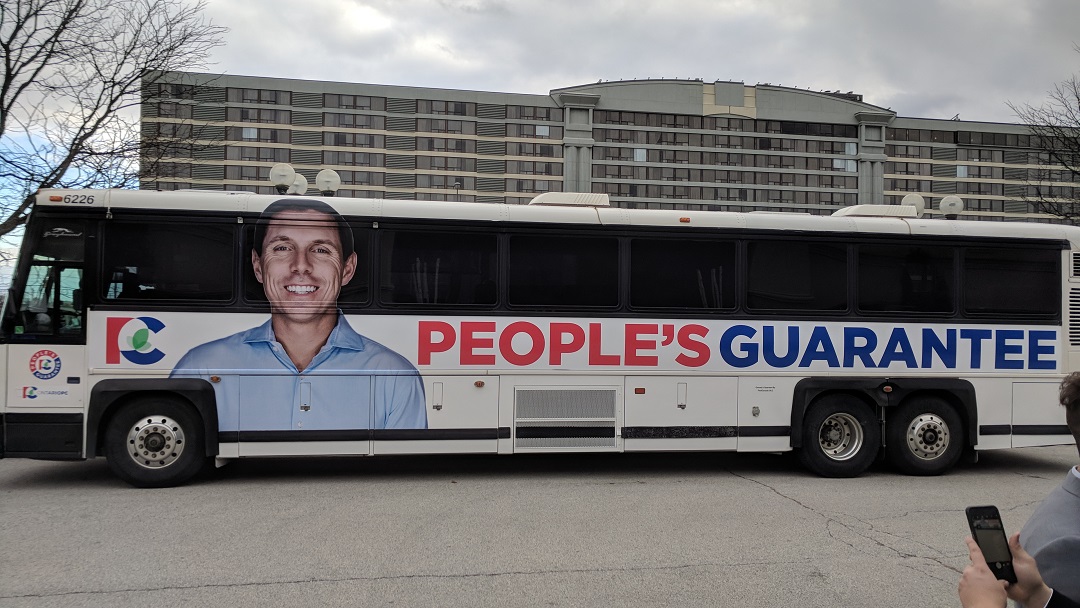 In Patrick Brown’s new 147-promise election program unveiled this weekend, there are spending and tax breaks for virtually everyone. The problem is, this “People’s Guarantee” is fiscally risky and economically incoherent. Mr. Brown is relying on a little fiscal sleight of hand by seemingly promising both lower taxes and higher spending, with the platform adding $2.8-billion to the provincial deficit in 2018-19. He is offsetting the cost of his promised tax breaks by scrapping Ontario’s $1.9-billion-a-year cap-and-trade program and embracing the more expensive federal carbon tax plan, raising carbon taxes to $2.4-billion a year. He also is doubling down on the Liberals’ politically motivated hydro rebates. But the result is that driving a car will be more expensive, and heating a home cheaper, sending contradictory signals to consumers about energy use. The bottom line is that without higher carbon taxes and nebulous audit savings, Mr. Brown’s plan would actually swell Ontario’s deficit and add to its already hefty $300-billion debt. - Globe and Mail

Patrick Brown’s plan takes the Conservative Party to the centre of Ontario, with promises of help for families struggling with child-care costs, a middle-class tax cut, and major spending on mental health. The PC’s have promised to cut personal income taxes for lower and middle-income people. But they have also committed to joining the federal carbon tax. A supposedly tax-cutting Tory government would actually be extracting more overall from Ontario’s taxpayers. - Toronto Star

Patrick Brown has promised to lower hydro bills, institute a carbon pricing scheme, run a deficit, pay for child care without getting rid of all-day kindergarten babysitting, and go along with increasing the minimum wage to $15 an hour. This sounds a lot like the promises of Premier Kathleen Wynne. It is just sad to see that no one seems to believe fiscal conservatism can win in Ontario. - Toronto Sun

The Toronto Region Board of Trade has released a report claiming that the wider privatization of electricity distribution companies could increase competitiveness and drive down costly Ontario electricity prices. Board CEO Jan De Silva said that privatization would lead to more innovation, more efficient operation, and would benefit businesses and consumers. In the past, there has been strong public backlash to the idea of privatizing Hydro One, but Da Silva argues that a broader discussion of the benefits of business involvement needs to start. The report also calls for reform of the provincial electricity pricing system, including changing how price increases are communicated numerous times every year. - The Globe and Mail


B.C. is now the worst destination in Canada for oil and gas investors, and among the worst in the world: survey — Claudia Cattaneo

A handful of years ago, British Columbia’s immense natural gas deposits caught the attention of top global investors eager to produce them and export liquefied natural gas to Asia. Now they’d rather put their cash almost anywhere else. According to the Fraser Institute’s Global Petroleum Survey 2017, oil and gas investor perception of British Columbia has plummeted since the election of an NDP/Green government last May and the province now ranks as the least attractive jurisdiction in Canada, followed by Alberta. - Calgary Herald

Michigan Governor Rick Snyder and Canadian oil transport company Enbridge Inc. announced a timeline for determining the future of twin pipelines beneath the channel where Lakes Huron and Michigan coverage. A decision must be made by August 15 about the routing of the pipelines, which are part of Enbridge’s Line 5, carrying oil and LNG across northern Wisconsin and Michigan to refineries in Sarnia. Options include shutting down the lines or routing them through a tunnel beneath the lakebed where they now rest. Enbridge does not have a good history with oil leaks on Line 5, which is part of the reason there has been such difficulty reaching a decision in Michigan. - The National Post

The discussion of climate change in Canada is not rational. If we want action to occur, we need to tone down the rhetoric and have an honest discussion based on verifiable science and the financial implications of green polices. In the face of apocalyptical messages from government, media and the self-declared cognoscenti, a September Ontario Science Centre poll found that 47% of Canadians thing the science of global warming is unclear, up from 40% last year. In other parts of the world, other evidence has shown people do not want to dish out more money to pay for renewables. Despite the religious-like conviction, or perhaps because of it, believers react with insecurity, hostility and derision to any suggestion that deviates ever so slightly from the orthodoxy of climate catastrophe. To them, the debate is settled. But the debate is not settled. The bottom line is we simply do not know everything about climatology. Therefore, we should be modest about projections and highly cautious about inflicting multi-trillion-dollar costs on the global economy, which would harm billions of people, especially the poorest. - Financial Post

For a huge ‘peace dividend,’ end the war on fossil fuels — Kevin Dayaratna

From making our morning coffee to riding the D.C. Metro, and whether for powering the computer screen or printing the paper which you are reading right now, energy is an essential part of our lives and ubiquitous in today’s economy. Fortunately, Americans have a tremendous amount of accessible energy here at home, in good ol’ American soil. The Institute for Energy Research estimates that we Americans sit atop 1.3 trillion barrels of recoverable shale oil and more than 2 quadrillion cubic feet of natural gas. The anti-fossil fuel warriors were ascendant during the Obama years. Policymakers introduced a number of domestic proposals – such as the Waxman-Markey bill and the EPA’s Clean Power Plan – to reduce consumption of these fuels. His administration also signed on to international pacts, such as the Paris agreement, with the same goal. What these warriors continually overlooked was the collateral damage their policies would inflict on the U.S. economy. It is staggering. - Washington Times

TransCanada Corp. has asked the Nebraska Public Service Commission to reconsider its order that approved an alternative route for the company’s proposed Keystone XL pipeline through the state. TransCanada Spokesman Terry Cunha says TransCanada is not asking for the approved route to be reconsidered, but only that some questions raised in the decision be answered. Nebraska regulators approved an alternative to TransCanada’s preferred route on Nov. 20 that adds about eight kilometres to the length and shifts it further east away from sensitive ecological areas. - Toronto Star

Origin Energy has upped its guidance for output from its huge Eraring coal fired power plant in NSW as it taps into the soaring wholesale electricity market after the closure of the Hazelwood plant in Victoria. Chief executive Frank Calabria said Origin's portfolio of gas-fired power stations and its options to expand in renewable energy and storage also leaves the energy supplier well placed to benefit from the changing electricity market. The message came at Origin's investor briefing in Sydney, where the company also outlined aggressive plans to cut costs at its $25-billion Australia Pacific LNG project in Queensland. Mr. Calabria told investors Origin has "more work to be done" to improve returns to shareholders, after the collapse in oil prices in 2014-15 which cut profits and dividends and inflated debt. - Australian Financial Review