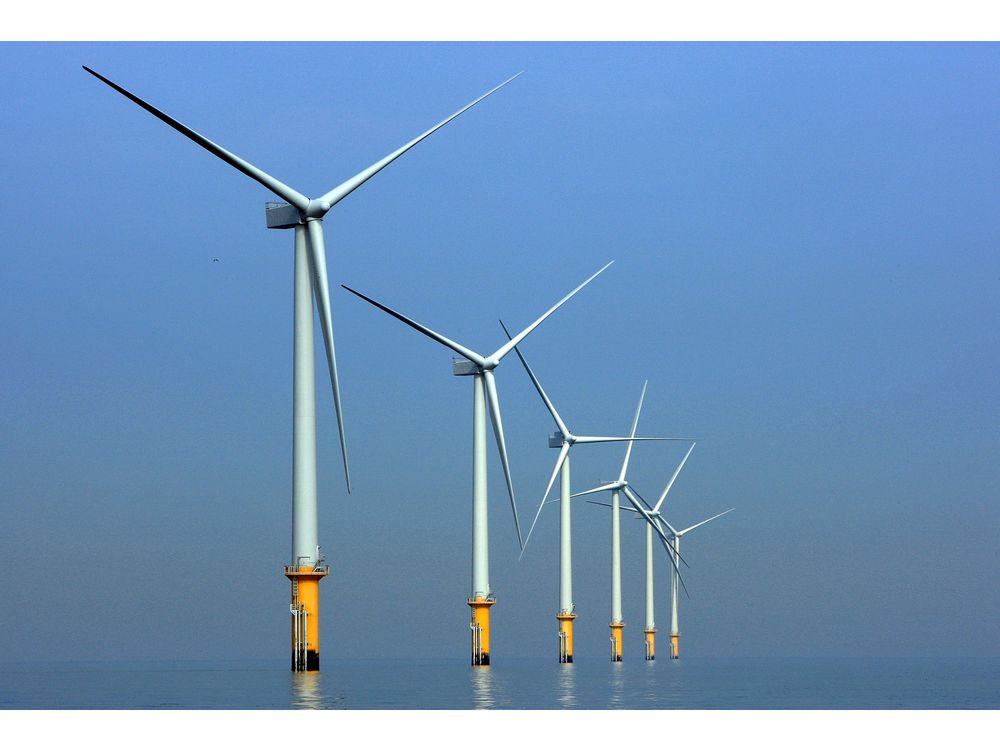 The Ontario government released an update to its long-term energy plan last month, projecting that the cost of electricity for homes and businesses will keep rising over the next 20 years. Specifically, the average monthly electricity bills for residents and large industrial customers in northern Ontario will jump 52%. This increase will further inflate Ontario electricity prices, which are already the highest in Canada and among the highest in North America. Despite the high prices, the Wynne government recently reaffirmed its commitment to costly solar and wind power, which is distorting market prices at the expense of Ontario’s current and future ratepayers. Ontario’s electricity market is a stark example of what happens when government picks technology “winners” and “losers.” - Toronto Sun

As Kinder Morgan’s pipeline expansion in British Columbia faces a fresh challenge, Premier Rachel Notley will speak to business crowds in three provinces in an attempt to build support for the controversial project considered critical for Alberta’s energy sector. Notley said in an interview Sunday she will bring her sales pitch to Toronto, Ottawa, Calgary, Edmonton and Vancouver later this month in the hopes of convincing more Canadians the Trans Mountain expansion project is in the country’s best interest. “We are a very small economic player internationally, and we punch well above our weight, but we’re not going to be able to do that if we become paralyzed by very parochial decision-making,” she said. “The oil and gas industry continues to contribute significantly to national economic growth…To walk away from it is negligent. It’s economically negligent.” Kinder Morgan’s project, already faced with legal challenges, has been met with new resistance in Burnaby, B.C., where the municipal government has not issued permits to allow for the $7.4-billion pipeline expansion. - Calgary Herald

When TransCanada officially announced it was abandoning the Energy East project, which would have transported 1.1 million barrels of oil per day to the East Coast, a significant amount of discussion took place in the days that followed, suggesting the pipeline quagmire could push the country toward a constitutional crisis. That prediction took one step closer to reality last week, when Kinder Morgan Canada filed a notice of motion regarding its Trans Mountain expansion project, challenging the City of Burnaby on constitutional grounds as it seeks to block the project’s advancement by delaying the issuance of permits. There is no way Burnaby should be doing this. The project has received the requisite approvals — even after additional reviews and assessments — from the National Energy Board and the federal government. Since when is that not enough for the public, or other governing jurisdictions, to rely on? It’s instructive to look at the TMX project in the context of what is going on in China. - Calgary Herald

A coalition of community, First Nation and environmental organizations wants the provincial government to expand a promised review of natural gas fracking operations into a full public inquiry. “We believe that the NDP’s campaign promise to appoint a scientific panel to review fracking won’t be enough to fully address the true risks of deploying this brute-force technology throughout northeast B.C. Current realities dictate that we need a wide-ranging public inquiry,” Ben Parfitt, a resource policy analyst with the Canadian Centre for Policy Alternatives, said in an emailed statement on Sunday. Fracking — also known as hydraulic fracturing — involves pumping large volumes of water under intense pressure below ground to free gas trapped in tight rock formations. Fracking leads to higher rates of earthquakes and the coalition says there are also concerns about how much water is being used in fracking operations, as expressing concerns for how truthfully the companies have engaged with local Indigenous peoples and they say there is “widespread industry non-compliance with relevant provincial water laws through the construction of dozens of unlicensed dams.” - Vancouver Sun

The roar of the chainsaw could soon join the calls of the wild in Jasper National Park as ATCO Ltd. looks to string power across the town within the UNESCO World Heritage preserve. The Calgary-based power company maintains that a transmission line is the cheapest option for replacing the aging generators that currently power the off-grid town of Jasper. But those opposed to the plan say it will obscure the scenic vistas and threaten wildlife, so more alternatives should be explored. It’s the latest thread in the ongoing tension between the need to meet growing energy demands and local activists’ concerns about the impact of development ranging from pipelines to wind power. “Jasper’s not an average small town. It’s the centre of a world-famous national park, and it’s an important world tourist destination. So, to have these poles going in is really going to look pretty awful,” said Jill Seaton of the Jasper Environmental Association. “We’re going to end up with 483 power poles stretching 47 kilometres across the park. They’re not going to be able to hide all of them. There’s some areas where they’re going to be blatantly obvious.” - Calgary Herald

Regina gas price surge all to do with U.S. factors — Tim Switzer

While most of the gas we use in southern Saskatchewan isn’t coming from the U.S., we can look south of the border for an explanation as to why the price at the pump is taking a jump. Most gas stations in Regina increased prices this week to 116.9 cents per litre of regular fuel. It’s the highest prices have been since June 2016 and a far cry from the prices below $1 Regina stations had just a month ago. While most stations were at 116.9, the usual few — such as Regina Messenger, Regina Cabs, Costco and Saulteaux Junction — sat around a dollar per litre Friday. According to Dan McTeague, a senior petroleum analyst with GasBuddy.com, the price increase has to do with three U.S.-based factors that made the Chicago spot market price (on which most western Canadian gas prices are based) jump 50 cents per gallon in the past 10 days. First, there was the rupture of the now-repaired Explorer pipeline that runs from the Gulf Coast to the U.S. Midwest, and then there was the delay of maintenance in two refineries because of Hurricane Harvey. Third, it’s simple demand in the U.S. “The U.S. economy is running on all cylinders and that means there is a bigger demand for gas,” said McTeague. - Regina Leader-Post

A recommendation from the National Energy Board could push back the construction start date of a $453-million hydroelectric transmission line from Manitoba to Minnesota. In a letter to federal Natural Resources Minister Jim Carr, the regulatory agency recommends using a "certificate" approval process, which could take more time than the simpler "permit" process Manitoba Hydro favours. The certificate process involves public hearings to weigh the merits of the project, which would then go to the federal cabinet for approval. The NEB says this process would allow for more procedural flexibility and "address Aboriginal concerns that may arise in the circumstances of this process." - CBC News

October tax receipts for shale-rich Oklahoma are up more than 10% from last year, though most of the recent gains came from vehicle taxes, data show. The Oklahoma State Treasury said October receipts of $980.2 million were up 10.6% from last year, marking the first time in more than four years that monthly receipts grew by more than 10 percent. "Such strong revenue growth is encouraging, with all four major revenue sources in positive territory," State Treasurer Ken Miller said in a statement. - UPI

The Queensland Liberal National Party's plans to demerge state-owned electricity generators would only drive down power prices if they are allowed to act like commercial enterprises, according to energy experts. With the Australian Competition and Consumer Commission and federal Energy Minister Josh Frydenberg highlighting the lack of competition in the generation market in Queensland, Opposition leader Tim Nicholls has proposed splitting the two state-owned generators, CS Energy and Stanwell Corporation, into three companies. Along with scrapping Labor's 50% renewable energy target and stripping $2-billion out of the regulated asset base of state-owned companies, Mr Nicholls claimed this would save $160 off the average household's power bill each year. - Australian Financial Review

Germany’s environment minister is declaring that the Paris accord to combat climate change is “irreversible” as negotiators gather to discuss how to implement the agreement. The two-week meeting that started Monday is the first major conference on climate change since President Donald Trump said that the U.S. will pull out of the Paris accord unless his administration can secure a better deal. Other nations are vowing to press ahead with the accord. German Environment Minister Barbara Hendricks told negotiators that “we have to make significant progress on implementing the Paris agreement here.” She added: “The Paris agreement is irreversible. We now have to do everything in our power to implement it and we do not have much time left.” - National Post