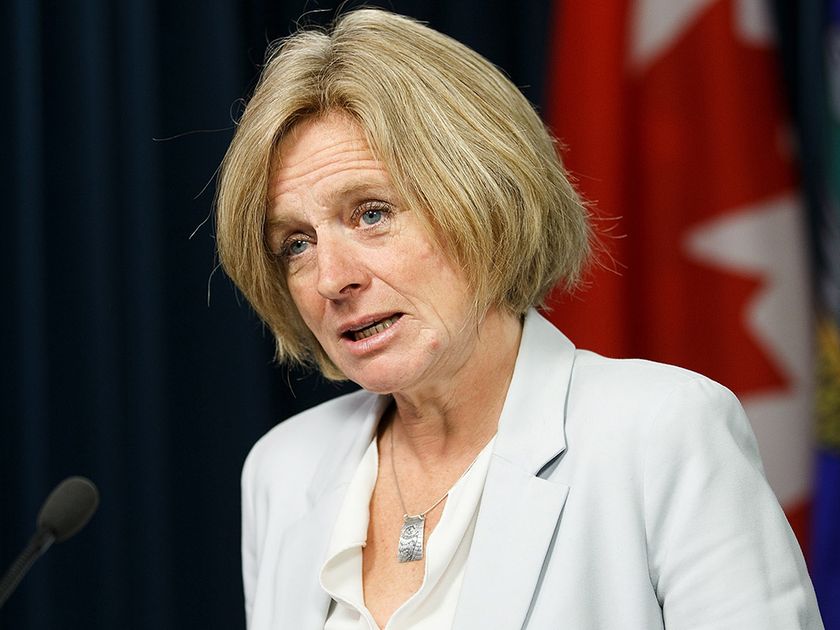 As Kinder Morgan’s pipeline expansion in British Columbia faces a fresh challenge, Premier Rachel Notley will speak to business crowds in three provinces in an attempt to build support for the controversial project considered critical for Alberta’s energy sector. Notley said in an interview Sunday she will bring her sales pitch to Toronto, Ottawa, Calgary, Edmonton and Vancouver later this month in the hopes of convincing more Canadians the Trans Mountain expansion project is in the country’s best interest. - Edmonton Journal

Alberta Premier Rachel Notley plans to sell the Trans Mountain pipeline expansion during a speaking tour which includes a stop in Vancouver, where opposition to the project is high. Notley's speech to the Greater Vancouver Board of Trade is on Nov. 30. She will also appear at the Empire Club of Canada in Toronto on Nov. 20, and the Economic Club of Canada in Ottawa the following day. Notley is also making speeches to the chambers of commerce in Calgary and Edmonton, on Nov. 24 and Dec. 7, respectively. - CBC News

A lawyer acting for the city of Burnaby has sent a letter to Saskatchewan Justice Minister Don Morgan after Morgan made comments suggesting the city is “deliberately slowing down” the Trans Mountain pipeline expansion. The letter assured the justice minister that the regulatory process is being followed correctly, and argued that Morgan’s comments were inappropriate as they could have an effect of influencing a court or regulatory tribunal. Saskatchewan Premier Brad Wall has expressed support for the expansion, which would more than triple the pipeline’s daily capacity to 890,000 barrels and increase the number of oil tankers moving through the Georgia Strait. Saskatchewan has applied for intervener status in National Energy Board hearings on this Trans Mountain pipeline project. - The Chronicle Herald


Saskatchewan government not giving up on carbon capture and storage — CP

SaskPower’s Boundary Dam power plant in Estevan takes emissions from coal generation and stores them. On Friday, SaskPower president and CEO Mike Marsh said the technology is still worthwhile, but the current economic climate doesn’t warrant moving forward with such projects because the low cost of natural gas makes that a more viable option. Marsh argued that carbon capture is a much better option than any carbon tax, and the technology captured 85,000 tonnes of carbon dioxide out of the environment in October. - Global News

As the deadline for the imposition of a federal carbon tax looms over the province of Saskatchewan, questions on the use of carbon capture as an alternative to a tax are being raised in the province. Environment Minister Dustin Duncan said the “due diligence hasn’t been completed” on the carbon capture centre at Boundary Dam 3, and it is “premature to rule future projects out.” Carbon capture is a key piece in the province’s White Paper, a document calling for a three-pronged approach to climate change, including investments in adapting to climate change, green technology, and reducing domestic emissions. However, the future of carbon capture remains unknown, partly due to the cost of the technology. - Saskatchewan Leader Post

Among the many folks buttonholing each other at the B.C. NDP convention on the weekend, none faced a bigger selling job than Tom Sigurdson, executive director of the unionized building trades. To him fell the challenge of making the case for proceeding with Site C, a project hated by many New Democrats and viewed with profound skepticism by others. Not to say the actual hydroelectric dam was on the order paper for debate at the convention. That would not have been helpful, in the view of the party leadership. - Vancouver Sun

At the U.N. climate talks in Bonn, Germany, a senior U.S. diplomat said Washington will continue to take part in talks about implementing the Paris climate accord, despite President Donald Trump’s threat to pull out of the pact. Trigg Talley, the U.S. deputy special envoy for climate change, told delegates that “we will continue to participate in international climate change negotiations and meetings, including ongoing negotiations related to guidance for implementing the Paris agreement.” - The National Post

Energy retailers will be required to notify electricity and gas customers when discounts in their contracts are due to change under a Turnbull government push to put downward pressure on household power bills. The move is an attempt to empower families and small business owners who sign up to electricity and gas deals which contain apparent bargains like price discounts but are often unaware when these benefits end or change — leaving them worse off. As of February, retailers will be obliged to send notices to customers including their metering identifier; a statement that any discounts in their contract will change; the date the change will happen and any early termination charges payable under the contract. It will also refer them to the Australian Energy Regulator’s “price comparator” website, Energy Made Easy, to help them shop around to secure a better deal. - The Australian

Fiji calls for urgency in talks to implement climate accord — CP

As leaders gather in Bonn, Germany for the first major global climate conference since President Donald Trump announced that the U.S. will pull out of the Paris Accord, Fiji Prime Minister Voreqe “Frank” Bainimarama, the chairman of the conference, urged members that action against climate change is necessary. Mr. Bainimarama offered greetings “from one of the most climate-vulnerable regions on earth.” “The need for urgency is obvious,” he said, “Our world is in distress from the extreme weather events caused by climate change.” These statements also follow statistics released by the U.N.’s World Meteorological Organization, which say this year is already on track to be one to three hottest years of all time. - The Chronicle Herald