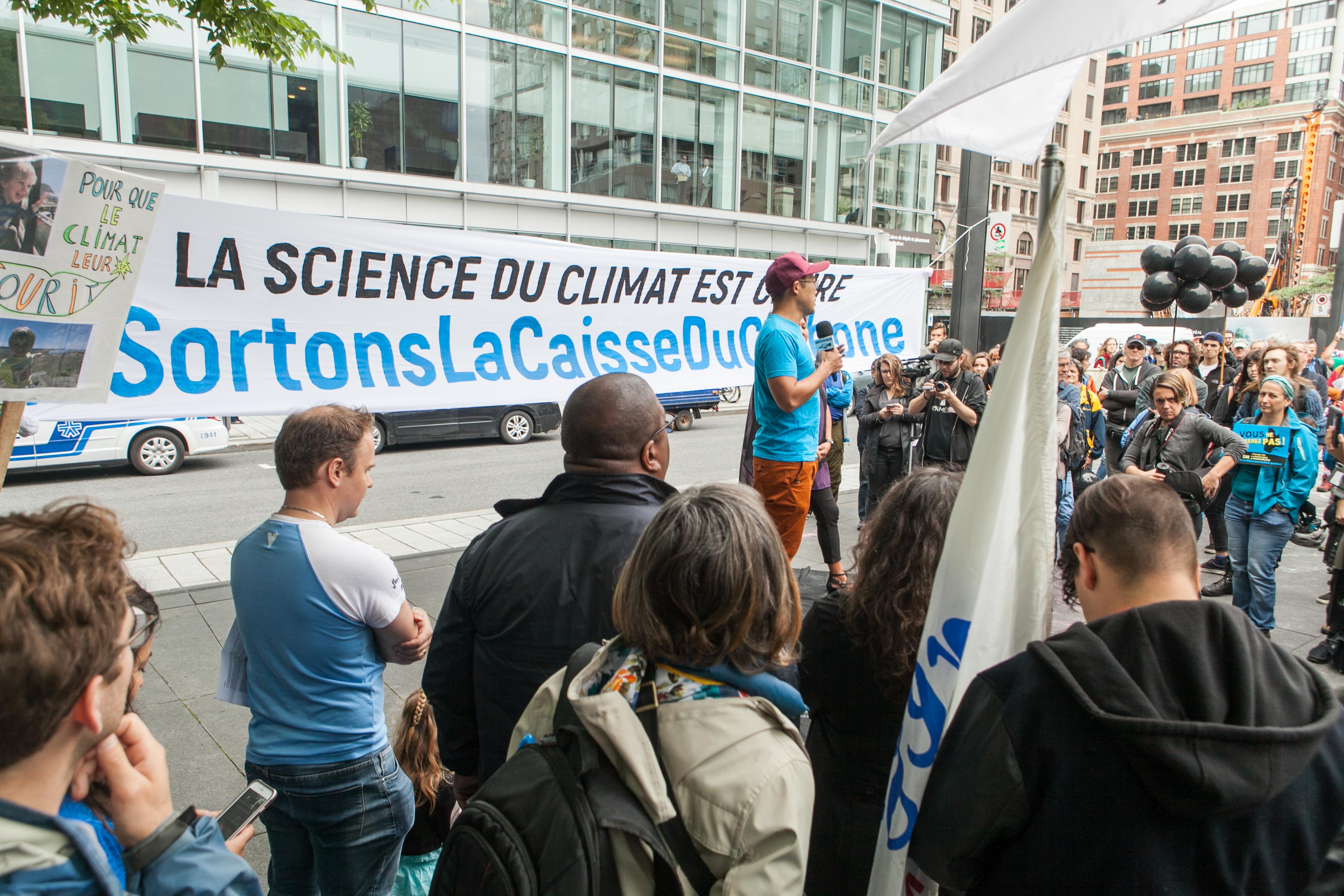 The Caisse de dépôt et placement du Québec is setting bold targets to shelter its portfolio against the impact of climate change. The country's second-largest pension fund is seeking more profitable investment opportunities and means to avoid assets it forecasts will be left behind in a global marketplace being reshaped by an increasingly low-carbon world economy. The move comes as institutional investors around the world are reassessing climate risks and other so-called environmental, social and corporate governance (ESG) factors in response to stakeholder pressures, marketplace shifts and new regulations. "The world is changing, frankly, faster than most people expected," Michael Sabia, chief executive officer of the Caisse, said at a Montreal event to discuss the pension fund's new climate policy. "We need to change the way we make investment decisions." The Caisse is setting measurable targets to guide its investment decisions for the coming years. Most crucially, it plans to reduce the carbon footprint of the overall portfolio by 25 per cent by the year 2025. - The Globe & Mail

Remember all those new, green jobs Ontario’s Liberal government promised us under premier Dalton McGuinty and now, Kathleen Wynne? A new study by the Fraser Institute released this week suggests rising electricity prices caused by Ontario’s green energy policies, ended up costing more jobs than they created. In Rising Electricity Costs and Declining Employment in Ontario’s Manufacturing Sector, Ross McKitrick and Elmira Aliakbari conclude Ontario may have lost at least 1.8 permanent manufacturing jobs for every new job created under the Liberals’ green energy initiatives, many of them temporary, since 2008. That’s because the heavily-subsidized jobs governments create when they invest money in things like wind and solar power, have to be measured against the economic damage caused by the higher electricity prices that result. - Toronto Sun

Quebec Premier Philippe Couillard's advisory committee on the economy and innovation draws on some of the best business minds in the province, from Couche-Tard's Alain Bouchard to the National Bank's Louis Vachon. You'd expect a group with this much brainpower to be capable of basic cost-benefit analysis. But when it comes to signalling Quebec's eco-virtue, it seems not even the business people advising greener-than-thou politicians can abstain from backing hare-brained carbon-reduction schemes. The report that the Premier's Conseil consultatif sur l'économie et l'innovation sent to Mr. Couillard on Sept. 25 calls for an increase in subsidies for the purchase of electric vehicles and the short-term installation of 2,000 public charging stations that can recharge an EV battery in as little as 20 minutes. There are now only about 80 so-called Level 3 public charging stations in Quebec, compared with about 900 Level 1 or 2 stations that take hours to recharge batteries. Quebec already offers an $8,000 rebate on the purchase of EVs and $600 on the purchase of a private charging station. - Globe & Mail

The U.S. Environmental Protection Agency will cut response times to permit requests to within six months by the end of 2018, part of the agency's goal to reduce regulations and delays, Administrator Scott Pruitt said on Thursday. The move comes as President Donald Trump pushes to shrink the size of government and cut regulations, especially on the coal and oil sectors. "Regulatory uncertainty is the biggest reason why the U.S. economy isn't growing faster," Pruitt said in a panel discussion at the Texas Oil & Gas Association's Lone Star Energy Forum just outside Houston. - Economic Times