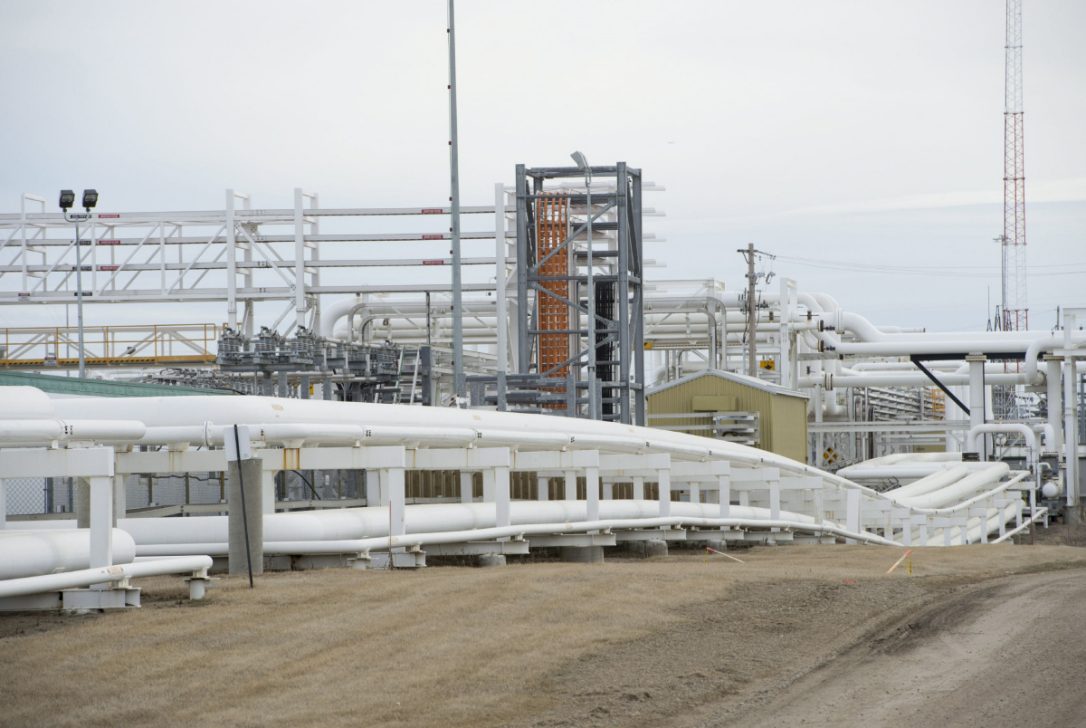 Canada will continue to produce oil and ship it across the country whether or not new pipelines are built, says the minister of natural resources. Building pipelines just means it can be shipped more safely, Natural Resources Minister Jim Carr said in a recent interview with The Canadian Press. Next week, Carr will play host to a major conference in Winnipeg looking at how Canada can and will adjust to a low-carbon energy world. However, he says, even as Canada adapts to that new world, oil resources will be extracted and will continue to be shipped. Getting more oil to the West Coast so it can be loaded on tankers and sold to China will be better for the country and getting it there on pipelines rather than rail cars is better for everyone, he says. The federal government’s approval of the Trans Mountain pipeline is under a legal microscope this week as indigenous and environmental groups and British Columbia cities argue the process was incomplete and failed to take into account the impact the pipeline could have on everything from killer whales to waterways. - Toronto Star

A report shows that solar energy was the fastest-growing source of power last year, accounting for almost two-thirds of net new capacity globally. The International Energy Agency said Wednesday that the rise was due to a boom in photovoltaic panel installations, particularly in China, thanks to a drop in costs and greater support from governments. It is the first time that solar energy growth surpasses any other fuel as a source of power. Coal in particular had continued to grow in recent years despite global targets to reduce carbon emissions. The IEA said solar panels capacity grew 50 per cent last year, with China accounting for almost half the expansion. The country has become a leader in renewable energy production, with the United States the second-largest market. - CTV News

A new report expects growth in Canadian renewable energy capacity to slow in the next five years compared to earlier projections, a decrease that comes after Ontario scrapped a contentious clean energy program aimed at boosting wind and solar supplies. The International Energy Agency’s annual outlook for renewable energy, released Wednesday, projects Canada’s renewable capacity to grow by nine gigawatts between 2017 and 2022, down from last year’s report that projected capacity would grow by 13GW. The influential Paris-based agency said its recent outlook for Canadian renewables was “less optimistic” than its 2016 projection due to “recent changes in auctions schemes in Ontario and Quebec.” In mid-2016 the Ontario government suspended the second phase of its Large Renewable Procurement (LPR) program, axing $3.8-billion in planned renewable energy contracts. And Quebec cancelled tenders for several clean energy projects, which also led the agency to trim its forecasts, the report said. - National Post

Hydro One ordered to cut $30-million from administrative budget — CP

Ontario’s energy regulator has ordered Hydro One to cut $30-million over two years from its administrative budget, saying ratepayers shouldn’t foot the bill for higher pay for senior staff. In a recent ruling, the Ontario Energy Board rejected a Hydro One request to increase its administrative costs and spend more on capital projects. The OEB decision comes as part of a review of a 2016 rate hike request from Hydro One which, if approved, would see rates jump by 0.5% in 2017 and 4.8% in 2018. Hydro One says it will review and respond to the OEB’s orders and rates will be set later this fall by the regulator. The OEB also rejected a proposal to give all of the tax savings generated by the 2015 initial public offering of the partially-privatized company to shareholders. The regulator instead mandated shareholders receive 71% of the savings while ratepayers receive the remaining 29%. - Toronto Sun

The Ontario Energy Board is our new best friend — Bill Kelly

Mention hydro rates to a small business operator or any homeowner for that matter, and their bottom lip begins to quiver, their blood pressure spikes and rage erupts like a volcanic outburst. But, for those long-suffering hydro users, you need to know that your new best friend is the Ontario Energy Board, which just slapped down Hydro One’s latest request for increased rates. Hydro One, which is apparently oblivious to the firestorm of controversy about hydro rates, requested yet another rate increase to cover what they called “administrative costs,” which is a sly way of saying they wanted more money to give increases to their already overpaid executives. But the Ontario Energy Board, which reviews such requests, rejected Hydro One’s request; in fact, they told Hydro One to cut their administrative budget by $30 million. - Global News

In a bid to cut government red tape, the Pallister government appears to have created a big bureaucratic headache for the province’s largest Crown corporation. Manitoba Hydro was forced to redeploy more than a dozen staff for three months to meet a new provincial requirement that government departments and Crown corporations tally all regulatory requirements under their purview. In his July report to Hydro’s board of directors, company president and CEO Kelvin Shepherd expressed frustration with the government-driven exercise. He said it was "highly likely" that Hydro would need to consider hiring staff to keep tabs of its regulatory requirements since the province is mandating annual updates in the future. - Winnipeg Free Press

U.S. tax reforms would leave renewable energy out in the cold — Brian Eckhouse

The prospects for a broad tax reform with lower corporate rates has excited business leaders and boosted the stock market — except for renewable energy. Tax reform “will make renewables more expensive,” Keith Martin, a partner at law firm Norton Rose Fulbright, said in an interview Tuesday at Infocast’s Solar Connect conference in San Diego. The reasons: reducing corporate taxes would threaten a key source of clean-power financing. A broad reform of the tax code may also lead to pricier debt for new power plants and lower savings from depreciation. President Donald Trump campaigned on tax reform, and the S&P 500 Index has gained 18% since the election, while the Bloomberg Global Large Solar Energy index of 16 companies has slumped 13%. - Yahoo Finance

Queensland Energy Minister Mark Bailey has called on the Turnbull government to cut import duties and taxes on electric cars to help kickstart their roll-out in Australia. Although electric car usage has taken off in Europe and North America, it has struggled in Australia due to high costs and limited models released domestically as well as a lack of public infrastructure, such as charging stations, to overcome driver "range anxiety." With Brisbane-based company Tritium on Wednesday announcing its plans to tackle the local market to replicate their global success in fast-charging stations, Minister Bailey said the federal government needed to do more to facilitate the up-take of electric cars. - Australian Financial Review