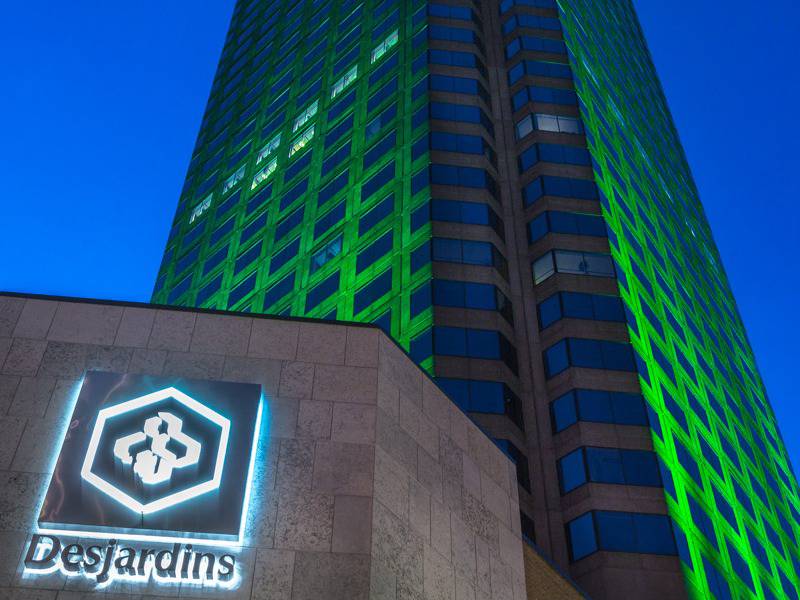 Desjardins Group is considering backing out of its $145-million commitment to Kinder Morgan Inc.'s Trans Mountain pipeline expansion, two people present at a meeting with the financial institution told Reuters. At the meeting last Thursday, Desjardins senior executives told aboriginal leaders the lender will consider their request to pull its financing for the $7.4-billion project, said Eugene Kung, a lawyer for the west coast Tsleil-Waututh Nation, who was at the event. Desjardins is a minor lender for the project, but a potential pull back would go beyond an announcement in July when it temporarily suspended lending for future oil pipelines. Desjardins, the largest association of credit unions in North America, said it may make the decision permanent this month, citing concerns about the impact pipelines may have on the environment. – Globe & Mail

Shell Canada and other companies were shutting in natural gas wells in southwestern Alberta on Tuesday due to the threat of growing wildfires. The Alberta Energy Regulator said Shell has shut in 24 wells and associated pipelines, but its big Waterton sour gas complex southwest of Pincher Creek remained open. Regulator spokesman Ryan Bartlett said Questfire Energy and West Lake Energy have also shut in wells and closed facilities as a precaution. "At this time they (the wells) are in immediate danger of the wildfires," Bartlett said. "From what I understand the fire is within 2.5 kilometres of Shell's nearest infrastructure at Yarrow Canyon." Shell Canada said it was keeping a close watch on its wells and facilities and was gradually shutting in infrastructure. Cameron Yost, a Shell spokesman, said staff doing this work were being accompanied by fire suppression teams to ensure their safety. Yost said Shell has a contingency plan to shut the Waterton Gas Complex, which can process nearly 179 million cubic feet of gas per day, if the flames get too close. - CTV News

Rising U.S. wholesale prices in August reflect the biggest jump in energy costs since January, while underlying inflation remained contained, a Labor Department report showed Wednesday in Washington. Energy prices rose 3.3% from the prior month, most since January. - Bloomberg

Strong Asian demand for coal from Australia is depriving domestic power generators of fuel and driving electricity prices higher, energy providers and mining sources said. Local power companies are typically unable or unwilling to match the price premiums some Australian coal has been fetching in Asian markets, where less-polluting high energy, low emissions (HELE) plants are being introduced at a rapid rate, said three coal mining sources. Australian Newcastle thermal coal cargo prices, a benchmark for Asia, have jumped by more than 20% since July to over $100 per tonne on strong demand from overseas buyers. The shortage in one of the world’s top producers of the commodity comes as the nation battles to avoid blackouts that have become more frequent following a decade of uncertainty over carbon policy. - Hellenic Shipping News