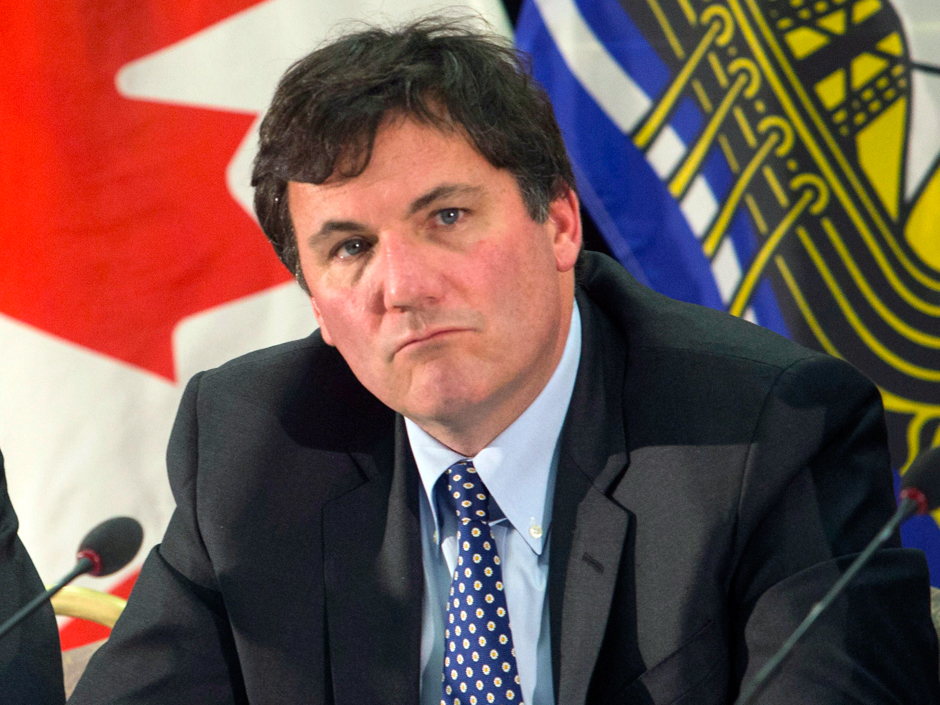 New Brunswick's senior cabinet minister maintains that the National Energy Board's new environmental hurdles are needed to get the Energy East pipeline approved. TransCanada warned earlier this month in announcing a suspension to its pipeline application that the regulatory review process could kill its proposed $15.7-billion project to send Alberta oil as far east as New Brunswick. Beauséjour MP Dominic LeBlanc has since told the Telegraph-Journal that the tougher environmental regulations are still needed. “I am not unaware of the economic importance to New Brunswick,” LeBlanc said of the project’s worth to the province which the Conference Board of Canada has estimated will bring in excess of $850-million tax revenue to government coffers. “But I’m also committed to having a process that is credible and independent that would allow the government to make an informed decision. I’m confident that the process strikes the right balance.” LeBlanc said he hasn’t spoken to TransCanada since its announcement, while maintaining the 30-day suspension to the Energy East application as the company considers its options is “a corporate decision” that doesn’t involve government. - The Telegraph Journal

Prime Minister Justin Trudeau says he plans to work with New Brunswick to respond to the concerns laid out in a letter by Premier Brian Gallant amid the uncertain future of the proposed Energy East pipeline. Trudeau also says a decision on the project, should it make its way through the regulatory review process, won’t be made “on a political basis.” The comments come after a call by Gallant for the federal government to pay for additional analysis costs associated with the now more rigorous pipeline review facing TransCanada’s Energy East project. In an open letter to Trudeau, the premier said that the proposed project is in jeopardy because the National Energy Board has said it would consider the impact of indirect greenhouse gas emissions caused by the project. It appears Ottawa is willing to do that. In a statement from Natural Resources Canada late Monday night, spokesman Alexandre Deslongchamps wrote: "Our government assessed emissions for the Line 3 and Trans Mountain projects and was clear on how this assessment informed our decisions. We have offered to the National Energy Board and TransCanada to undertake the upstream and downstream GHG assessments to avoid added cost constraints for the proponent." The Telegraph-Journal then questioned Trudeau over the letter on Tuesday during a media availability in Ottawa. “We're glad to be working with provinces right across the country, including New Brunswick, to respond to their concerns on doing it better,” Trudeau said when asked about Gallant’s request. “We see how we can help.” - The Telegraph Journal

The British Columbia Utilities Commission is expected to release a preliminary report today on its review of the $8.8-billion Site C dam in the province's northeast. BC Hydro says it has already spent $1.8-billion on construction for the hydroelectric dam planned for the Peace River, but Premier John Horgan's NDP government asked the commission to review the economic viability of the project after taking office. Hydro's 866-page submission to the commission says completing the dam as planned would still be best for ratepayers and terminating the project would cost $7.3-billion on a present-value basis. The submission says demand for electricity is growing and without the dam, the province would hit an energy shortfall by 2031. A report submitted for the commission's review by the auditing firm Deloitte LLP concluded that putting the project on hold until 2025 would cost about $1.4-billion, while cancelling it outright would cost $1.2-billion. - CTV News

B.C. Hydro would face payouts of more than $1-billion to cancel or suspend the Site C project, according to an independent review for the B.C. Utilities Commission. The Crown corporation would also have to discount or write off the more than $2-billion already spent building the giant hydroelectric dam on the Peace River, before starting from scratch to seek alternatives. - Vancouver Sun

The Alberta minister of economic development and trade is lauding a new technology that may make pipelines safer — and so easier to sell. Minister Deron Bilous told a crowd Tuesday morning he supports anything that makes pipelines safer. The Alberta provincial government has had disputes in recent months with neighbouring British Columbia over the environmental safety of pipelines marked for expansion. - CBC

In an era of divisive pipeline politics, a small Calgary firm behind a high-tech response to oil and gas spills will test its ultrasensitive leak detection system in pipelines run by TransCanada Corp. and Enbridge Inc. Fear of spills has helped galvanize often-effective opposition to large-scale pipeline projects. Leaks that last for weeks before they are detected — damaging ecosystems and killing wildlife — have not helped the industry fend off these criticisms. - Calgary Herald

The federal government is ramping up its effort to encourage building owners to invest in energy retrofits, as one industry group reports Canadians could save money while cutting greenhouse gas emissions in existing buildings by 50% in the next dozen years. Ottawa is working with provinces to announce measures this fall for retrofitting non-residential buildings as well as support for individual homeowners. It is also developing standards to provide landlords and their lenders some assurance that investments will yield the promised reductions in emissions and energy costs. The building sector was one of several targeted under the federal-provincial-territorial clean energy and climate agreement reached last December. In a report released Wednesday, the Canada Green Building Council said the country could reduce its emissions 51% by 2030 — easily exceeding the government's target of 30% — if owners worked with government and investors to revamp their energy consumption. - Globe & Mail

It seems Andy Calitz didn't get the memo from industry experts about Canada missing the boat on exporting liquefied natural gas to Asia. Far from giving up, the chief executive officer of LNG Canada believes that it is a matter of when and not if a $40-billion export terminal will be built in Kitimat in northwestern British Columbia. This week, the National Energy Board approved the Royal Dutch Shell PLC-led consortium's request to extend the deadline for when exports must start to Dec. 31, 2027, instead of the end of 2022. If construction were to begin in late 2018, it would take five years to have the terminal ready for exports to start in late 2023 — too late to satisfy the original expiry date but meeting the new deadline for shipments to commence under the 40-year licence from the NEB. "I do not subscribe to the view that the growth period for LNG or natural gas is over," Mr. Calitz said in an interview. - Globe & Mail

The U.S. nuclear power industry is facing an uphill battle to hang onto its share of the country’s electricity production, with some projecting a worst-case scenario where half of the nation’s 99 nuclear reactors could shut down over the next couple of decades. Nuclear power looked to be on the verge of a renaissance about a decade ago. But a surge in domestic natural gas production, billions of dollars in cost overruns on new projects, Japan’s Fukushima accident in 2011 and multiple plant closures have the industry on its heels again. The U.S. Department of Energy (DOE) expects nuclear’s percentage of the power mix to drop to 11% by 2050 from the current 20% and many reactors to close. A DOE study in August pointed to increased natural gas production as the biggest factor hampering competitiveness in nuclear power. - Reuters

Protracted industrial action at 10 of Glencore's NSW coal mines and a congested rail network are contributing to supply issues in Australia's largest state, with fears it could affect the grid's ability to keep the lights on this summer. Amid growing concerns about coal-fired power generators being unable to secure enough coal supplies, the Construction, Forestry, Mining and Energy Union has vowed to maintain the industrial unrest at Glencore mines where negotiations have stalled over 10 separate enterprise agreements. CFMEU national president Tony Maher said the industrial action organised by the unions at about eight mines across the Hunter Valley had had a "material" impact on Glencore's operations and was affecting their ability to supply coal to customers. - Australian Financial Review