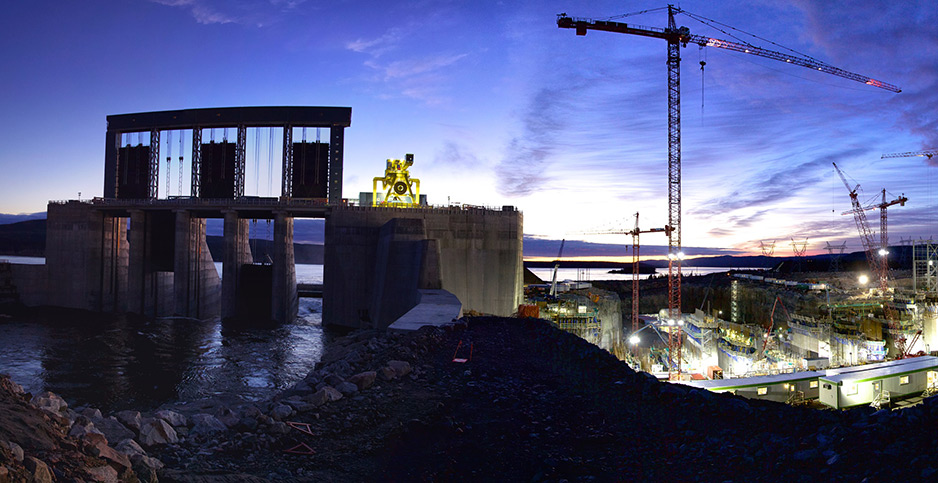 Canada has too much clean electricity. Anybody want it? — David Ferris

Canada, a country that runs on almost 60 percent hydropower, has a problem: It has more clean electricity than it can use, and a whole lot more of it is on the way. The country's utilities are hustling to sell it into U.S. markets. They are proposing to build new transmission lines and send many terawatt-hours (TWh) of low-carbon electricity a year into the United States — especially in the Northeast, where it may be key to helping states meet ambitious goals for clean energy. Canada sold more than 73 TWh of electricity in the United States last year, enough to power 8 million homes. It provided at least 12% of the electricity used in Minnesota, New York and New England. According to ISO New England, which coordinates electricity deliveries across six Northeastern states, Canadian net imports rose from 12.4 gigawatt-hours in 2011 to 17.1 GWh last year, an increase of 27%. For the Midcontinent Independent System Operator (MISO), which oversees markets in 15 U.S. states and Manitoba, net imports from Canada in the same period climbed from 13.2 megawatt-hours to 21.6 MWh, an increase of 38%. - Energy and Environment News

The B.C. Utilities Commission barely made the cabinet-imposed deadline for a preliminary report on Site C this week, posting the findings just four hours before the clock ran out at midnight Wednesday. The New Democrats, in haste, had given the commission six weeks to produce a first take on financial and other concerns about the B.C. Liberal-launched multibillion-dollar hydroelectric project. Confined to that tight time frame, the independent commission came back with a report that raised more questions than it answered. - Vancouver Sun

Despite multiple liquefied natural gas project cancellations recently on Canada’s West Coast in recent weeks, the mayor of Kitimat, B.C. is still confident at least one will be built in his town — and even some of the more pessimistic analysts are beginning to agree. “We’re still extremely positive,” Kitimat mayor Phil Germuth said of the prospects for two LNG projects proposed in and around his northern B.C. town. He said preliminary site work is underway at both Chevron Corp.’s Kitimat LNG project and the Shell Canada Ltd.-led LNG Canada project. Neither project has been sanctioned, but Shell has asked contractors to re-tender their bids for work on its development in an attempt to drive down costs ahead of a final investment decision next year. Rio Tinto also recently wrapped up an almost $5-billion modernization of its aluminum smelter, a project that brought 1,500 construction workers to the town of 8,000 people. An LNG project, Germuth said, will likely bring 4,500 or more construction workers to town. - National Post

There has been a lot of excitement about the growing number of electric vehicles on the road. One need only look at the fanfare around the launch of Tesla's model 3 in June 2017 to get a sense of consumers' interest in this market. Other car manufacturers are jumping on the trend; only last week Honda announced it would launch two electric cars by 2018. While the number of electric cars in Canada is still relatively small, it is growing. In 2016, electric vehicles accounted for 11,000 sales, up from just over 7,000 in 2015 — an increase of 56 per cent. There are currently 30,000 electric vehicles in Canada and two million electric vehicles on the road globally. However, as more people upgrade or change their vehicles (which typically happens every 10 years for those buying new cars), we expect to see a spike in electric vehicle purchases — and this will have a direct impact on the use of fossil fuels, and the amount of global warming-inducing carbon dioxide, carbon monoxide and nitrogen emissions that enter the atmosphere. A debate is emerging around whether building an electric vehicle creates more CO2 than it saves. For electric cars to make a noticeable impact on climate change, there also needs to be a shift in how electricity is generated. - The Huffington Post Canada

Biomass-produced electricity in the U.S. possible, though expensive — Sandi Martin

If the U.S. wants to start using wood pellets to produce energy, either the government or power customers will have to pay an extra cost, a new University of Georgia study has found. Right now, "it's just not economically feasible to use wood pellets in energy production," said Bin Mei, associate professor of forest resource finance and economics in UGA's Warnell School of Forestry and Natural Resources. Wood pellets are used heavily in European power plants because of a mandate to cut fossil fuel emissions, Mei said, but that energy production is heavily supported by government subsidies. Should U.S. energy providers switch to a "co-firing" method-where a power plant burns both coal and wood pellets — switching between the two — they would pass on the costs to not only convert to co-firing plants, but also to buy the pricier wood pellets. If a government subsidy won't pay for the extra costs, Mei said, then consumers would have to pick up the tab. - Phys Org

Australia's east coast gas exporters were collectively a bit surprised to hear the competition regulator announce that none of them were doing enough to fill the domestic supply gap. The drillers sit furious and fearful in equal measure in the wake of the declaration by Australian Competition and Consumer Commission (ACCC) chairman Rod Sims that gas exporters have been fiddling at the fringes of our national energy crisis and that "none of these moves have made any serious inroads into the gas supply problem." - Australian Financial Review