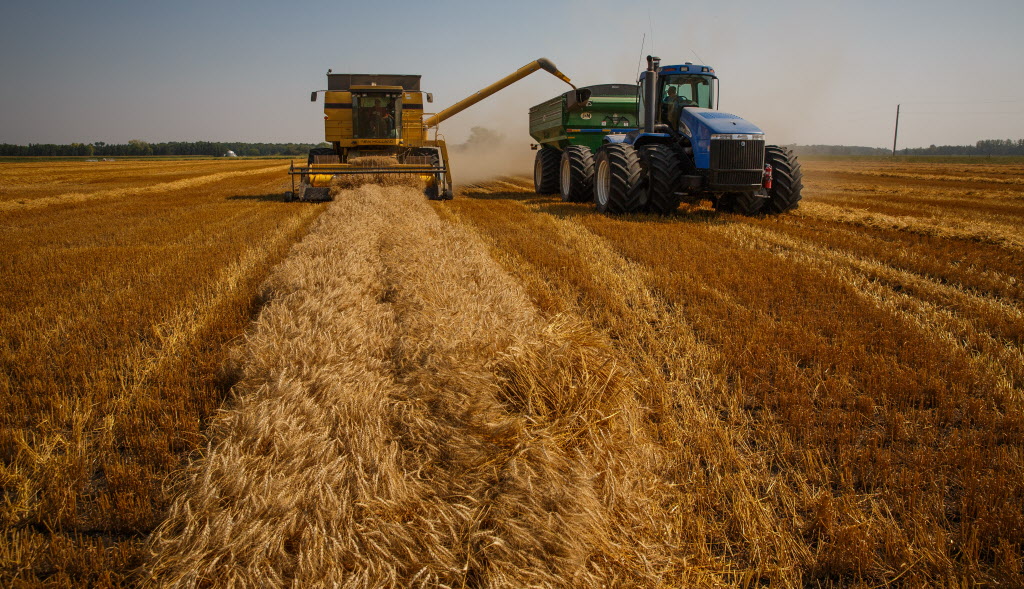 The Manitoba government has been eyeing the possibility of charging a carbon tax of $25 per tonne – half of what the federal government has insisted must be in place by 2022 – according to a document obtained by The Canadian Press. The document, titled the Climate and Green Plan Town Hall Toolkit, also says farmers would be exempt from the tax, and at $25 per tonne, it would raise $250-million annually. Sustainable Development Minister Rochelle Squires said the toolkit is only a draft document, and no final decision has been made on what the carbon tax will end up being. - Winnipeg Free Press

Prime Minister Justin Trudeau touched on the thorny issue of carbon pricing in a fundraising speech in Saskatoon on Thursday night. Outgoing Saskatchewan Premier Brad Wall has threatened to challenge the carbon pricing plan in court, saying it would be disproportionately punitive to Saskatchewan and doesn’t take into account measures already taken to reduce emissions such as the province’s carbon capture facility. “We’re taking action on a number of issues I know mean a lot to people here in Saskatoon and across this great province. That includes moving forward with our plan to put a price on carbon pollution,” Trudeau said. The Manitoba government has asked a constitutional law expert at the University of Manitoba to provide a legal opinion on the federal government’s authority to implement a carbon pricing regime in Manitoba. - Toronto Star

Catherine McKenna says she is ‘done’ with ‘ridiculous’ Tory language on environment: CP

The NAFTA negotiating schedule showed the environment was on the schedule for seven hours of NAFTA talks in Mexico City Monday and another seven hours on Tuesday. Environment Minister Catherine McKenna launched an angry missive at Conservative Foreign Affairs critic Erin O’Toole on Sunday for suggesting the environment was a mere “trinket” better left to the sidelines to protect Canada’s economic well-being. She was responding to comments O’Toole made to The Canadian Press in which he accused the government’s push for environmental protections, Indigenous rights and gender equality as “virtue signalling” as part of the image-building machinery around Prime Minister Justin Trudeau. - National Post

Canada's oil-producing provinces are seeing the biggest spike in insolvency in the country, according to new statistics from the Government of Canada. Alberta, Newfoundland and Labrador, and Saskatchewan had the highest percentage increases in the number of consumers and businesses unable to pay their debts in the 12-month period ending June 30, 2017, compared to the previous year, according to statistics from the latest report by the government's office of the superintendent of bankruptcy. The office's insolvency statistics include both bankruptcies – consumers or businesses that have made a bankruptcy claim, or against whom a bankruptcy order has been made – and proposals, in which an offer has been made to creditors to settle debts. - CBC

Through deliberate political decision making, Premier Kathleen Wynne and her government have basically turned Ontario’s carbon pricing system into a political slush fund. Its primary purpose isn’t to reduce industrial greenhouse gas emissions linked to climate change. It’s to grow government revenues and buy political support for the Liberals heading into the June 2018 election. An honest carbon tax is revenue neutral. That is, the government lowers other taxes to make up for the added revenue it gets from the carbon tax. By contrast, the Wynne government’s own estimation is that cap and trade, which it imposed Jan. 1, will increase government revenues by almost $2-billion annually to start – which we’re all paying for. Wynne’s government is already spending that money buying political support. The public has no independent way of knowing if government spending on so-called green projects will reduce emissions to the levels the Liberals claim or at the costs they claim. - Toronto Sun

Cenovus Energy Inc. is selling Pelican Lake heavy oil operations in northern Alberta for $975-million cash to Canadian Natural Resources. The two Calgary-based companies announced the transaction separately early Tuesday. They expect the deal to close by the end of September. Cenovus says it will apply proceeds from the sale towards money borrowed when it acquired most of the Canadian assets of Conoco Philips in a $17.7-billion deal announced in March. Cenovus said Tuesday that its sale process for the Suffield oil and natural gas assets is well advanced. - Chronicle Herald

The desolation visited by tropical storm Harvey on the U.S. Gulf Coast, the heart of the nation’s oil and gas industry, summons memories of Hurricane Katrina and the devastation it brought to New Orleans and the region 12 years ago. While it is too early to fully assess the full scope of Harvey’s damage, it is already becoming clear that far from getting stronger, the country’s energy resilience may in fact in some ways be downgraded. The concentration of oil and gas infrastructure in flood-exposed parts of the U.S. Gulf Coast has also reached unprecedented levels over the past decade. As calls mount in Washington for cutting the size of the reserves on account of rising U.S. oil production, and for using the proceeds of a sale to plug budget holes elsewhere, Harvey reminds us of the continued, if not growing, uncertainty of all oil production. - Financial Times

There will be more blackouts over the next 10 years because of the retirement of older coal-fired power stations and renewables is unable to plug the shortfall, the Australian Energy Market Operator (AEMO) warns. With the Turnbull government set to overhaul the Clean Energy Target to extend the life of existing coal-fired power stations, the AEMO report warned more generation is needed to be put into the grid to reduce the risk of supply interruptions, especially over the hotter summer months when the grid is under more stress. While the rise of renewable energy such as wind and solar would help boost generation over the next four years, the crunch time would be the closure of AGL Energy's 2000 megawatt Liddell power station in NSW in 2022, the market operator found. - Australian Financial Review

Two years since Turnbull became Prime Minister, the energy sector is still holding its breath and refusing to invest, while power prices climb higher and higher. This is meant to be Turnbull’s great policy passion, yet he seems unsure where to land. As with many things, the PM is trapped between his policy instincts and the political necessity to keep conservatives onside. Turnbull is trying to navigate a safe passage towards lower emissions and lower prices. No one has managed that yet. - Daily Telegraph

Chief Scientist Alan Finkel has thrown his weight behind a proposal to help extend the life of coal-fired power stations, describing the proposal as "quite attractive" to buy more time to transform the supply system while keeping prices in check and preserving security of supply. Professor Finkel said that turning around the "supertanker" of Australia's power supply system required decades to get right in the most cost effective way, and keeping coal plants open would help with the task. While investment to lengthen the operation of coal plants would inevitably make the eventual carbon task more difficult, Australia's emissions reduction trajectory could still be met, while benefits would be seen in lower prices and improved security of supply, he told a luncheon in Sydney. - Australian Financial Review

Chinese President Xi Jinping on Tuesday warned that the world economy faces growing risks and uncertainties from countries turning inward on trade and resisting combating climate change, delivering an implicit rebuke to his American counterpart, Donald Trump. Xi didn’t refer to the United States by name, although Trump has said trade pacts are a threat to American jobs and decided to pull the U.S. out of the Paris agreement on climate change. “Multilateral trade negotiations are having a difficult time. The implementation of the Paris Agreement on climate change is encountering resistance,” Xi told leaders of emerging economies and developing countries. The agreement under which countries set their own national plans for cutting climate emissions went into effect in November. - Financial Post