Analyst: Governments not being honest about carbon pricing 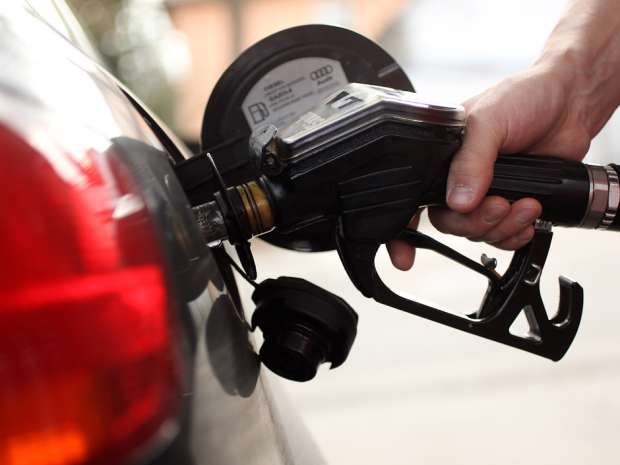 With Ontarians likely to pay $100 more for gas every year due to carbon pricing, with an even bigger rise in diesel, one petroleum analyst is warning that governments aren't being upfront about long-term costs.

Putting a price on carbon, whether via a cap-and-trade system or a carbon tax, is one method adopted by Canadian provinces to try and curb emissions as part of the fight against climate change.

British Columbia was the first province in Canada to do so in 2008, with a carbon tax touted by the government as revenue neutral, while Ontario joined the effort on January 1 of this year, with a cap-and-trade system.

However, with gas prices up in the first few weeks of the year, and likely to rise higher as the summer gets going, Dan McTeague of GasBuddy.com is warning that governments aren’t being honest enough with residents about the real economic cost.

McTeague: Governments not being honest

Ontario’s cap and trade system works by capping the amount of allowable emissions, forcing emitters that exceed that limit to buy credits from emitters that are under. In the long run, this system is intended to force industries to reduce emissions to come in under the cap.

This year’s first quarterly auction of such allowances netted the Ontario government some $472 million in revenues, and the province says it hopes revenues will rise to $1.9 billion annually, which it says will mostly be invested in emissions reduction programs and climate change adaptation programs for consumers.

In the short-to-medium term, industries that exceed the cap and are forced to buy emissions allowances will likely pass the additional cost to consumers, particularly fuel costs. According to McTeague’s calculations, Ontarians are likely to fork out an extra $100 per year at the pumps due to carbon pricing.

But while that might sound affordable, McTeague says it’s diesel, which will see a rise of some 5.5 cents per litre, that’ll be the real economic hit.

"If you’re a large truck transport company, if your company receives goods shipped by air ... or if you have home heating oil, you still use furnace oil, all of those things are up far more than gasoline, and that of course is more impactful on the economy as whole than gasoline is,” McTeague says.

McTeague says to watch for the spike in costs during summer time, when fuel is given additives to make it less volatile, increasing costs.

"The days, really, of Ontario as an average below a dollar a litre may very well be behind us, unless crude collapses," McTeague says.

Unlike Ontario’s carbon pricing regime, B.C.’s carbon tax, announced in 2008, is ostensibly revenue neutral, meaning the government uses the revenues to lower other taxes, like income and corporate, theoretically offsetting the rise in prices brought on by higher fuel costs.

McTeague says emissions in B.C. have been reduced somewhat, but one unforeseen effect is as many as one in six drivers nipping south of the border to fill up on cheaper U.S. gasoline, saving as much as $20 per fillup. In fact, McTeague says B.C. fuel prices are contenders for the highest in North America.

And though the economy has continued to grow at a healthy pace, McTeague says that hides the negative effects it has had on the structure of the economy.

McTeague, a former Member of Parliament, says present governments are doing a poor job of explaining the costs and drawbacks of carbon pricing and other green initiatives.

But making things even harder is the fact that, when it comes to data on fuel price and fuel use, Canadians don’t know what they have, or don’t have. McTeague says there’s generally very little supply and demand data available from refineries and other producers, compared to the U.S., where every refinery has to make that information public.

"There’s no question of saying 'this is proprietary information.' They do it by pain of law, and they’ve been doing it for 50 years. We should be doing it here in Canada as well," McTeague says.

That lack of data makes it even harder for policymakers to understand the real impact of carbon pricing regimes, and other green initiatives, on consumers who would otherwise support these policies. McTeague says the inevitable failures that arise then further undermine the credibility of people pushing a green agenda.

"Without the data, and without information and proper statistics and understanding the market in which we are making those changes, the good Yogi Berra’s comments ring true: 'If you don’t know where you’re going, chances are you’re going to wind up somewhere's else.'"