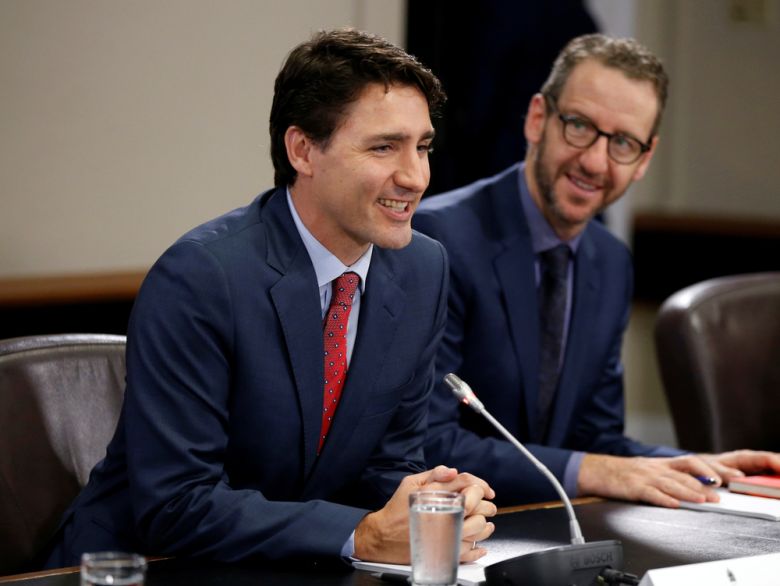 Last week I wrote about Gerald Butts and his instrumental role in the disastrous McGuinty-Wynne era Green Energy Act in Ontario.

As Butts returns to Ottawa as a member of the “Task Force for Resilient Recovery”, let’s recall his time in the Trudeau PMO and the climate obsession that marks everything he touches, always leaving the tell-tale sign of “unaffordability”.

After he left the Ontario government in 2008, Gerald Butts became president of the World Wildlife Foundation - an organization that advocates for the full transition to 100% renewable energy by 2050.

He brought his green philosophies with him when he joined the new Trudeau government in 2015.

The costs of Butts’ climate agenda are apparent in the policies that the Trudeau government put in place during its first term, the most important (and destructive) of these being the carbon tax.

It is no surprise that the mastermind behind the Ontario green energy debacle would help create expensive and ineffective policies at the federal level. The carbon tax adds at least 7 cents per litre of gas at the pump for Canadians.  Because it applies to all energy sources, the hidden costs – on food and services and our competitiveness – will be even greater, and the carbon tax will increase annually by large increments.

Other expensive and anti-industry policies that were launched during Butts’ time in Ottawa include Bill C-69 (an overhaul of Canada's regulatory and resource project approval system) and C-48 (the oil tanker moratorium act). These have meant significant new and unnecessary regulatory burdens that restrict resource development, drive away investment, and have the effect of making energy more expensive.

In 2019, Butts stepped down from his position as Principal Secretary to the PM when the SNC Lavalin story broke. Remember that one? Jody Wilson-Raybould accused the PM’s staff (which Butts led) of pressuring her to help SNC Lavalin avoid criminal charges.

Butts managed to scurry away, but not before a last climate push. You may remember his resignation letter. While denying any involvement with the SNC affair, he urged, as a diversion from his alleged misdeeds, an urgent plea for climate action. “Our kids and grandkids will judge us on one issue above all others. That issue is climate change.” One might paraphrase: “Nothing to see here, folks. Move along. And think about what really matters – the climate.”

Now he is back again and in his element. Butts is a member of the Task Force for Resilient Recovery along with people from Clean Energy Canada, the Smart Prosperity Institute, and other unapologetically green, anti-resource movers and shakers.

This task force will not pull Canada out of this recession. How could they? They are anti-resource development (even if they will not come out and say it). They are for the high taxation of energy for Canadians - even when millions are out of work.

Canada will not stop needing affordable energy because this Task Force wants us to. Green energy cannot provide the affordability and reliability of a robust energy system that Canada will need to pull through the economic crisis we are facing.

Gerald Butts has a legacy of advocating and developing policies and programs that only ever made the lives of Canadians more expensive.  Why would that change now? It's time to get real about recovery and make affordability a priority in Canada.