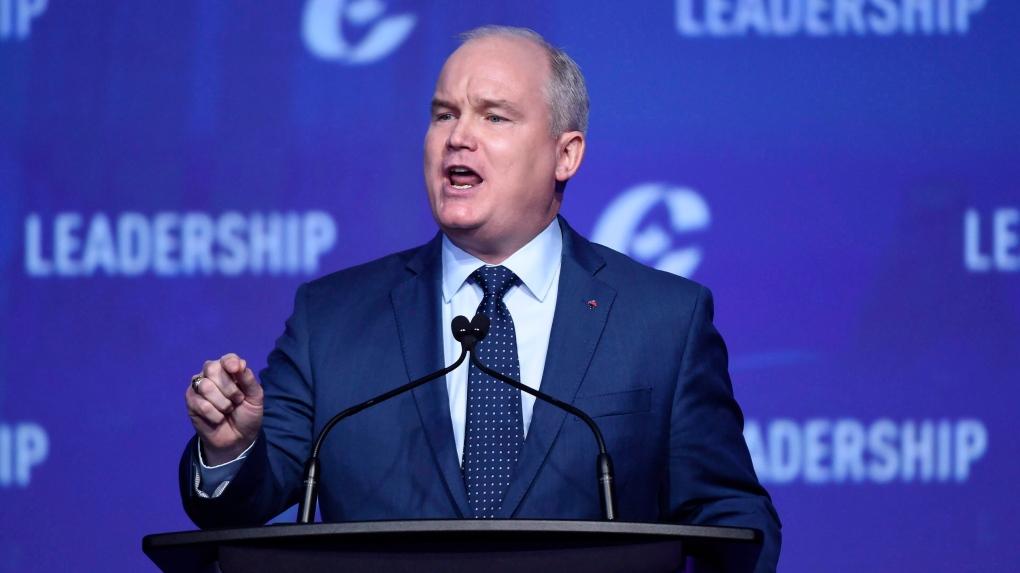 In the early hours of Monday morning, it was announced that Erin O’Toole had been elected as the new leader of the Conservative Party of Canada. We at CAE would like to congratulate Mr. O’Toole on his victory.

The O’Toole platform emphasized a need to get Canada back on its feet – and he confirmed this priority in his acceptance speech. He said we need to “rebuild our nation to make us more prosperous, more secure, more resilient and more independent than ever before.” Furthermore, he set himself up as the remedy to Justin Trudeau’s corruption and failings as a leader.

All good. But how will Mr. O’Toole achieve these things? Here are some suggestions, looking at the challenge through the eyes of millions of Canadians concerned about how they (and the nation) will pay their bills.

First – we need to exit the Paris Agreement. In 2017, Erin O’Toole voted in favour of a Trudeau government motion to remain committed to our targets under Paris. He needs to admit the error of his ways.

As we have said time and time again, Canada’s targets — to reduce emissions by 30% below 2005 levels by 2030 — are unattainable. All they do is provoke harmful overregulation for the sake of appearances. The Trudeau carbon tax, Bills C-48 and C-69, the emerging second carbon tax (the Clean Fuel Standard) and other measures burden Canadian industry, drive off investment in our country’s resource sectors, and raise prices for consumers. All for international virtue signaling.

If Mr. O’Toole is serious about being an ally to Canada’s resource sector and our economy as a whole, he will take a stand against Paris and commit to withdrawing Canada from the Paris Agreement.

Second – he needs to back off of his “net zero” rhetoric. As we wrote in our review of Mr. O’Toole during the election, the new Conservative Party of Canada leader plans to achieve net zero by electrifying our energy system with sources like nuclear and wind. Such a position is incoherent, costly, and sets Canada back. While Mr. O’Toole doesn’t commit to net zero by 2050 (the Liberal goal) he is not far behind.

Approximate calculations show that it would take in the order of 90 nuclear reactors generating electricity to meet the heating needs of Erin O’Toole’s home province of Ontario alone. And that does not take into account transportation - only heating costs. When people talk about delivering net zero by electrifying the energy system (and Mr. O’Toole should note that it is people like Gerry Butts who do) they really mean condemning our country to a less prosperous, less secure, less resilient, and less independent future. Mr. O’Toole would do well to remember Ontario’s Green Energy Act.

Third – O’Toole needs to be clear that he isn’t advancing a hidden carbon tax. He has committed to getting rid of Trudeau’s carbon tax if elected. That is good. That tax has continued to make life more expensive for Canadians even at a time when millions are unemployed due to a global pandemic shutdown.

He does, however, include in his platform a promise to “[focus] on making industry pay rather than taxing ordinary Canadians, by forging a national industrial regulatory and pricing regime”. This sounds a lot like the language Trudeau used when talking about the carbon tax - he promised Canadians would get fully compensated for what they paid in carbon taxes and only high-emitters would pay.

O’Toole also promises to “[simplify] the tax code to create confidence in the resource sector and support its actions toward emission reduction”. Once again, that sounds eerily like a carbon tax.

O’Toole must remember that Canadians cannot afford carbon taxes, by any other name. “Making industry pay” will only result in higher costs of goods and services for the consumer, including higher energy prices. The Liberals have done this: O’Toole should not deliver more of the same – it will only hurt our country.

O’Toole has hopefully learned from his election that Conservatives will not stand for a politician who supports a carbon tax. He received strong push back from his initial party platform promise to end “fossil fuel subsidies” – and once he realized these didn’t exist except in the minds of those opposed to the resource sector he scrapped the language from his platform. Canadians need a party that will support the resource sector unwaveringly.

O’Toole should drop the platform policies that could have been stolen from Trudeau’s affordability-destroying playbook. That means taking a firm stance against the false promises of the Paris Agreement, backing away from silly ideas like net zero commitments, and making it very clear that he doesn’t have a hidden carbon tax plan. Erin O’Toole campaigned as a “real conservative” and as an “anti-Trudeau” — and it worked! He should now put his money where his mouth is and deliver on the agenda that will help Canadians.