Derek Sloan: Not perfect but the only one against Paris 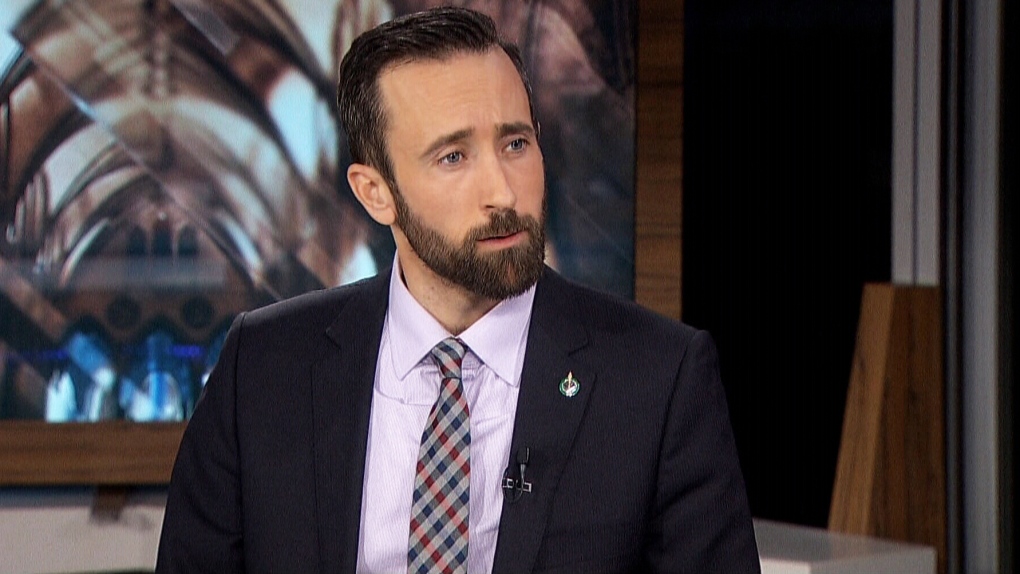 We at CAE have been conducting a comprehensive review of the federal conservative leadership candidates' energy policies. Having reviewed Erin O’Toole, Peter MacKay and Leslyn Lewis, next up is Derek Sloan, MP for the Ontario riding of Hastings–Lennox and Addington.

A long shot for leader, Sloan’s policies have often been referred to in the mainstream media as “populist”.

Sloan - like McKay, O’Toole, and Lewis - has said he will cancel Trudeau’s carbon tax. He has a “stop collecting carbon tax” petition for visitors to his website to sign, and another petition in favour of repealing the notorious bills C-69 and C-48. As with all the other candidates, we can say to Sloan: good job. These policies harm Canada’s resource sectors and raise costs for Canadian taxpayers.

Sloan has also talked about how hydrocarbons are necessary in the economic recovery following the COVID-19 pandemic. Seeing as how Minister Morneau revealed last week that Canada’s deficit has passed the trillion dollar mark, we know that without Canadian resources, our economy loses its best chance at recovery.

Sloan has commented in his emails about the need to de-fund various leftist environmental organizations. Sloan has argued that these organizations, including the WWF, MakeWay (formerly Tides Canada), the Sierra Club, and the Climate Action Network, “undermine our sovereignty and our natural resource industry.”

Bravo! Groups like this work to shut down Canada’s resource sectors, and promote green policies and subsidies that cost Canadians more money every year. We have not seen any such promises from the other candidates.

Sloan is also the only candidate who has said he will pull Canada out of the Paris Agreement. This is perhaps his best policy of all.

As we have said time and time again, the Paris Agreement is an ideological target which causes real damage by motivating the creation of expensive initiatives like the carbon tax and the clean fuel standard that make energy less affordable, and drive business out of our country.

Sloan has made this promise very explicit, writing in a recent email to Conservative Party members,  “We must withdraw from Paris because attempts to meet its aspirational goals will destroy Canada’s oil and gas sector. It has already been used as an excuse to justify the unconstitutional carbon tax that makes life even more expensive for Canadians.”

But even Sloan is not immune to the radical climate agenda. One line of Sloan’s energy policy reads, “He will fight for all aspects of the energy sector and allow all Canadians to benefit from oil and gas while we transition to other, renewable forms of energy.” (emphasis added by CAE).

“While”. It is a little detail of vocabulary, but it could make a huge difference to Canadians on their energy bills. Hydrocarbons cannot continue to be seen as a form of energy that needs to be moved away from. Innovation and human ingenuity will continue to make them cleaner and more efficient - this is always needed. But in saying that Canada needs to continue to transition to other renewable forms of energy, Sloan is opening the door to imposing this transition through expensive policies, and government subsidies. These comments suggest that even Derek Sloan is inclined to adopt the green left mantra that the end of the Canadian oil and gas industry must be brought about.

It seems no politician can get by without “confessing” that the transition to green energy is inevitable, and that hydrocarbons are a temporary fix on our way to climate utopia. Even Alberta Premier Jason Kenney has fallen into this trap.  And heaven knows how many many oil and gas companies themselves feel obliged to make absurd commitments about transitions - beaten down by their sustainability VPs and activists pushing for divestment.

Why is it that no candidate can fearlessly state that Canadian energy is our best option for Canadians now and for a long time? Why is it that pride in our country’s responsibly developed and ethically produced energy resources has to be conditioned by statements that they are somehow bad?

Unlike Peter MacKay and Erin O’Toole, he is not considered to be one of the frontrunners in the Conservative leadership race. And unlike Leslyn Lewis, he is not saddled with the baggage of a record of promoting the green energy industry.

Sloan has nothing to lose by being a true ally of the resource industry. He should not bother with even the slightest pandering to a climate agenda. Be brave on this one Mr. Sloan - stand up for Canadian workers and Canada’s record of outstanding performance. Good on you for speaking the truth about the Paris Agreement, but do more and stand up for energy affordability.

All of these candidates have some good policy platforms on energy and all of them could get better. But improvement in their platforms will only follow pressure from their constituents to make those improvements. Many Canadians are fed up with the climate rhetoric that does nothing except make life more expensive. But politicians will only respond when more of us get vocal.