Don't be Fooled: Government is keeping prices higher than they should be! 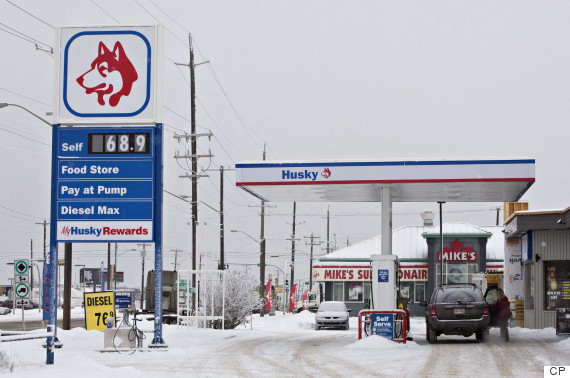 Over the past two weeks Canadians have been noticing lower gas prices at the pump. Fears over COVID-19 worsened a global market crash last week which led to the lowest prices for crude oil since the Gulf War. Lower oil prices usually mean lower prices for consumers at the pump, and Canadians are seeing this.

While this drop in gasoline prices could look to us like a bright light in this dark time of social distancing and toilet paper hoarding, the crash of oil prices can and will have a negative effect on Canada’s resource sector, and therefore on the entire Canadian economy.

In 2018, natural resources directly and indirectly accounted for 17% of Canada’s nominal GDP. They made up 49% of the total value of Canada’s merchandise exports. When the resource sector prospers, Canada prospers. This market crash is yet another blow on our already beaten down energy sector.

So yes, low gas prices are good for Canadians, but this is not the way we want to get them.

There are practical steps the government can take to reduce the prices of gas at the pump in an enduring and economically beneficial way. The easiest solution? Get rid of the carbon tax. This tax adds 4.4¢ plus GST/HST at the pump when it is set at $20 per tonne. Next month, when Canada is already hurting, the tax will increase to $30 per tonne in Ontario, Manitoba, New Brunswick, and Saskatchewan which will add an additional 2.3¢ plus GST/HST to the price of gas for consumers.

On top of this, the government’s proposed Clean Fuel Standard would be an additional tax on fossil fuels which would require suppliers of fossil fuels in Canada to reduce the carbon intensity of fuels over their life cycles. This would translate to an even higher price at the pump for Canadians.

The Canadian resource sector is struggling. It was struggling in February when Teck Resources cancelled its $20-billion Frontier oilsands mine due partly to blockades across the country. It was struggling in 2019 when Bill C-69 (nicknamed the “no more pipelines bill” by Jason Kenny)  passed through the senate. It’s been struggling since 2015 which was the start of the timeline of cancelled projects including Energy East, Pacific Northwest LNG, Northern Gateway, Aurora LNG, and Grassy Point LNG. Now it is struggling more due to a global pandemic.

So let’s hold off on celebrating low gas prices until they are low for the right reasons. Not because of global market crashes that hurt our economy, but because our government takes action to reduce the cost of living for Canadians and to show some solidarity with the resource sector on which we so heavily depend.