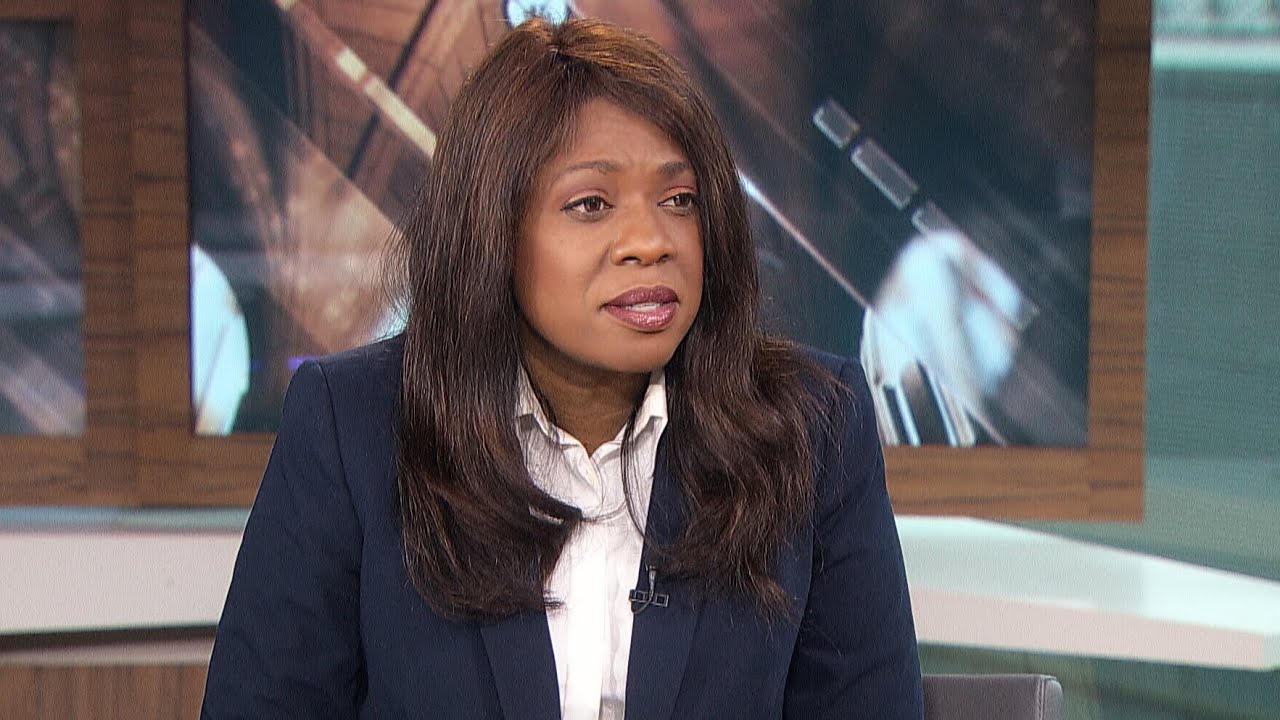 In our continuing reviews of Conservative leadership candidates, next in line is Dr Leslyn Lewis.

Lewis’ official energy policies check the boxes of carbon tax cancellation and Bills C-48 and C-69 repeal, as did the other candidates reviewed thus far. As we did with those candidates, we see this as a positive.

Things become murky after that high level review though.

Lewis, like Peter MacKay and Erin O’Toole, won’t commit to pulling out of the Paris Agreement. In fact she is on the record as being enthusiastic about it, responding to a Peter MacKay tweet in 2019 about a session he attended on social development goals:  “Sustainable development goals and Paris convention is an essential part of any international law practice. Glad to see your initiative at the UN!” 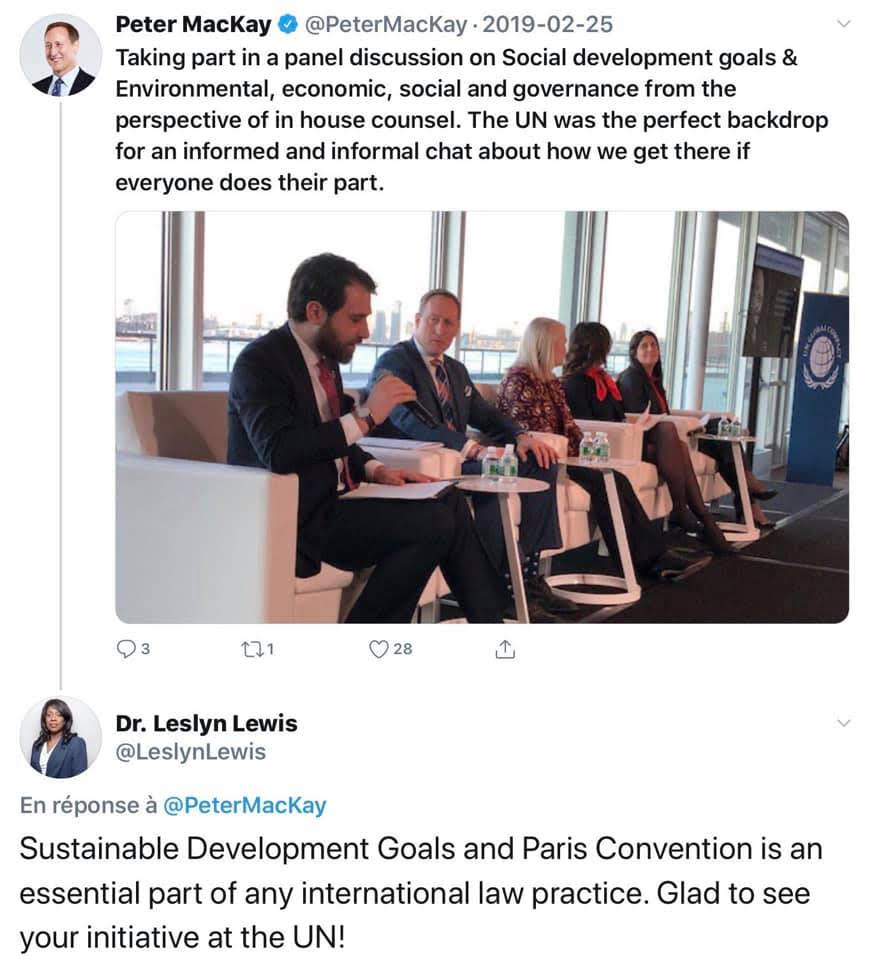 More recently she asserts that the Paris targets are non-binding, and therefore don’t necessarily have an impact on our own policies. As we wrote in our last blog post, this is not the case. The Paris Agreement is a treaty under international law. It obliges every signatory country, including Canada, to develop its own targets, to register those targets, and to be transparent about how we meet them. Under Trudeau, Canada made the worst of this, by setting ridiculously aggressive targets and committing itself to them. Now that we are procedurally obliged to meet those targets, we shouldn’t pretend otherwise.

In another interview, Lewis argued that she doesn’t necessarily see anything wrong with the targets, as long as the Paris Agreement doesn’t “impose on our national sovereignty.” But as we explain above, the absence of a “de jure” imposition on sovereignty doesn’t mean there isn’t a “de facto” one. Considering how Canada has made its bed under the Paris Agreement, we are in deep, deep trouble. Lewis should acknowledge this.

What else did we find?

As part of the environmental policy section of her leadership platform, Lewis commits to reducing regulation around energy projects (good!), but she also insists on supporting green technology and tax credits for businesses with green plans. Indeed, subsidies for green energy companies are central to her environmental strategy.

She has thought this through, and in a very significant way: prior to running for office, Lewis practiced as a lawyer, specializing in environmental and energy law. Just last year, in 2019, she completed her PHD in law at Osgoode Hall in Toronto. In her PhD thesis, titled, Attracting Foreign Investments for Green Energy Projects in Sub Saharan Africa, Lewis focuses on third world countries that are at a disadvantage when it comes to green energy, as they often cannot afford the patents to build the green infrastructure, and thus have to rely on oil and gas. Lewis laments the “dependency” on oil and gas in ways we have been hearing for years from the Canadian left. With her PhD in hand, it is unlikely that any candidate in Canadian history has been more intellectually prepared to dish out massive subsidies to the green lobby.

Lewis argues that “barriers [should be] removed to allow easy transfer of green technology that will reduce dependency on fossil fuels.” If this sounds a bit like climate alarmism, that’s because it is. Aren’t those same hydrocarbons she is criticizing the ones that have ensured we have reliable and affordable energy here in Canada?

In sub-Saharan Africa, where there are high numbers of citizens living in energy poverty, why would we not encourage hydrocarbons over unstable and inefficient and costly green energy?

Lewis goes on to make the point that the only way a shift to green energy is feasible, is if the government subsidizes it through green energy programs: “Government support is an essential part of implementing [green energy] and has been argued to be the primary reason why environmental programs are initiated. The type of government support that is needed is not merely financial but also legislative.”

When one sees references to legislative and financial support for green energy, one can’t help but think of the failed Green Energy Act of Ontario (brought in under the direct influence of Gerry Butts). Would we wish on the people of Africa the staggering increases to energy bills Ontarians had to endure?

How does Lewis propose to pay for this Green energy technology? Well, it looks like much the same way the Ontario Liberals did: carbon pricing. In another 2016 paper, Lewis notes that “Green energy programs may adopt various forms ranging from taxes on carbon to subsidies and price incentives for using renewable energy services and products.”

Taxes on carbon? Subsidies for using renewable services? But doesn’t Leslyn Lewis oppose the Trudeau carbon tax? How will Lewis pay for these programs without carbon taxes? Or does she plan a carbon tax surprise the way we saw with former Ontario PC Leader Patrick Brown, much as we suspect might be the case with Peter MacKay. Lewis needs to clarify this position.

There is more troubling evidence still.

Even though Lewis has never been elected to public office, she does have a brief record of public service. From May 2019 to March 2020, Lewis served on the Board, and as Vice-Chair, of the Ontario Trillium Foundation, an Ontario government agency that distributes taxpayer grants throughout the province.

During Lewis’ tenure, the Trillium Foundation gave money to a variety of “green” organizations, including: rethinkGreen, the Halton Environmental Network, Green Venture, Toronto Environmental Alliance, Canadian Wildlife Federation, EcoSchools Canada, EcoSpark Environmental Organization, and more. These groups all see hydrocarbon development in Canada as a negative thing that should be halted as soon as possible. In other words, these groups all agree with Elizabeth May that Canadian “oil is dead” or at least that it should die very soon.

The biggest grant during Lewis’ tenure was awarded in June of 2019, when the Ontario Trillium Foundation distributed three grants to the Tides Foundation (now known as MakeWay), a group that actively works to shut down the Canadian resource  sector. The Tides Foundation grant in June 2019 alone, added up to over $200,000 of Ontario tax dollars. While its possible Lewis voted against those green grants, its important to note this grant was given out under her watch, while serving as Vice-Chair.

Lewis’ above-mentioned policy positions and her generous support for the “oil is dead” crowd should give affordable energy advocates - and rank and file Conservatives - serious pause about her candidacy.