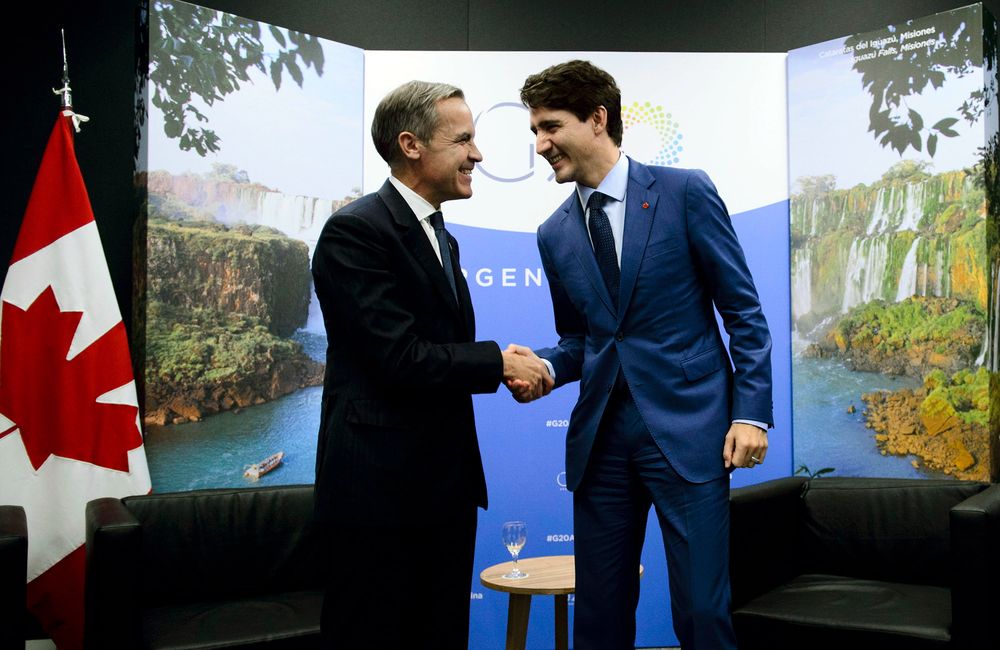 Two days ago, Finance Minister Bill Morneau resigned in the wake of the WE scandals. Mr. Morneau said in his resignation announcement that he was no longer the “most appropriate person” for the job.

Morneau is right – he is not up to being the Minister of Finance. After all, he did “forget” to pay for his family’s vacation to WE facilities in Kenya and Ecuador. This is not the kind of ethical absent-mindedness you want in a Finance Minister.

Morneau’s fall from grace was hardly a surprise. Someone had to take the hit for the Trudeau government’s most recent scandals.

There have also been rumours circulating that Morneau and Trudeau were bashing heads when it came to a green recovery. Could it be that the former finance minister was starting to see that Trudeau’s plan to wipe out the energy sector post COVID-19 could pose some fiscal problems?

Morneau’s expulsion from Trudeau’s inner circle was ominously foreshadowed in the recent appearance of Mark Carney as an advisor to the Prime Minister for Canada’s post COVID-19 recovery.

Mark Carney, like Gerald Butts, Catherine McKenna, and every other green ideologue, has been lobbying for a ‘green recovery’ from the beginning of this pandemic. In May, Carney was framing this economic and health crisis as an opportunity to ‘leapfrog’ into a new economy. A new green, eutopia - that will only pass on expensive energy costs to Canadians.

But he has become greener and greener as his life has progressed, and in December 2019 he was appointed by the UN Secretary-General to be Special Envoy on Climate Action and Finance to the United Nations - a role which seems to mostly consist of advising investors to divert funds from hydrocarbons to ‘alternative’ energy sources for the sake of our global fight against climate change.

And now Mark Carney once again is living in Ottawa and is an advisor to the Prime Minister. It doesn’t take much imagination to guess what sort of recovery Mr. Carney is recommending to Justin Trudeau.

In the past, Carney has advocated for a transition to net-zero emissions, and supported an ESG (environmental, social, and governance) approach to the market.

As Governor of the Bank of England, he set up a task force, chaired by former New York City Mayor Michael Bloomberg, which, among other things, tried to persuade companies to identify the climate impacts of their businesses and outline those risks to investors. The goal of such an exercise?  Investors and managers of investment funds would be encouraged to shun companies that don’t measure up to the new “green standard”.

Who cares if investing in an oil company is a profitable and stable economic choice for your clients? Who cares if the products deliver an affordable standard of living to billions the world over?  Investing in trendy green energy projects gives you moral superiority that you can throw around at dinner parties for years to come. This is called “virtue-signaling”. Carney is a master at it.

In an interview with the CBC earlier this year, Carney said, "It would be a bit odd if you're running a company and you haven't thought of your strategy to move to net-zero”.

Would it be odd?

Or would it signal a different set of priorities to those which Carney, Trudeau and company have decided are socially acceptable? Serious observers say net-zero emissions cannot be achieved by 2050, and question why it is even a goal. The effort to achieve it will result in enormous disruption, massive public expenditure, and - as always - great pain through great cost to the consumer.

Justin Trudeau’s government has already crippled Canada’s energy industry and our economy with heavy-handed regulations that do little to lower global emissions, but a lot to propel Trudeau’s ESG standing. Expect more of this with Carney advising.

Carney, like Butts, McKenna, and other Canadian climate fanatics, see this economic disaster as an opportunity for the deconstruction of the Canadian resource sectors. These are the sectors that contribute billions of dollars to our economy, and underwrite the affordability of everything we take for granted. Moving away from a resource-based economy will only result in greater financial hardship for Canadians, and more expensive energy for a long, long time.