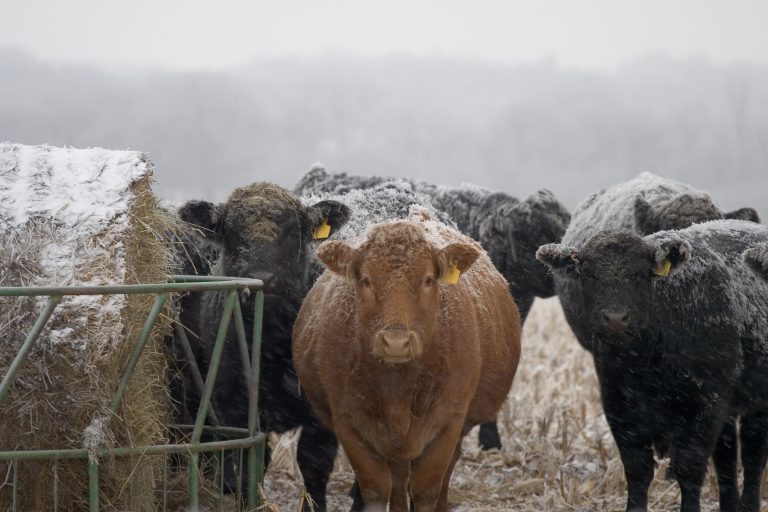 If it wasn’t so tasty, would anyone bother with beef?

Last year, the World Health Organization added processed beef and other red meats to its list of level-one carcinogens, alongside such deadly substances as tobacco smoke, asbestos and plutonium. Unprocessed red meat was added to another list of probable cancer causes. And beef consumption has been repeatedly linked to a variety of other health concerns such as obesity, diabetes and heart disease.

This past year brought fresh woes for the cattle industry. In addition to an alarming outbreak of Bovine TB in Alberta and Saskatchewan and protectionist rumblings from incoming U.S. President Donald Trump, Canadian beef is now under attack for its carbon hoofprint. Not content with carbon taxes on oil, gas and coal-based energy, environmentalists are now pointing at the cattle industry as another major source of greenhouse gases in need of bold new taxes. The price of your next burger is about to get complicated.

While it was largely ignored in the Paris Climate Agreement for political reasons, agriculture accounts for nearly a third of all global greenhouse gas emissions. Many climate change activists are claiming it will be impossible to meet the Paris goals without tackling the role played by food production. And their first target is livestock − especially cattle. Cows are responsible for the greatest share of agriculture’s greenhouse gas emissions due to methane produced during their digestive process. In Canada the cattle industry accounts for nearly half of what the entire agricultural sector emits. One kilogram of Canadian beef produces approximately 22 kg of greenhouse gases. No other food comes close. But does this mean we need to eat less of it?

To account for beef’s outsized impact on the environment, the carbon tax advocates at Canada’s Ecofiscal Commission are now recommending a beef tax of up to 50¢/kg. At current prices, that would add approximately four percent to the retail price of hamburger. While such a levy would inevitably lead to a small reduction in domestic beef consumption, it falls far short of what others are demanding.

Researchers at the Oxford Martin Programme on the Future of Food at Oxford University in England recently estimated the emissions footprint of all food production worldwide and derived individual tax rates necessary to meet the objectives of the Paris Climate Agreement. Their biggest target is cattle, with a proposed global tax of 40 percent on beef consumption. Other meat and dairy products would be hit with price hikes reflective of their environmental impact. Milk is to be taxed at 21 percent, chicken at eight percent and eggs at five percent. Even cooking oil earns a 25 percent tax hike based on its carbon sins. Prices of this magnitude would clearly have a very significant impact on meat and dairy consumption everywhere.

To improve acceptance of their plan, the Oxford researchers promote the notion that their taxes will force residents in well-fed First World countries to cut back sharply on red meat consumption, with the happy result that they’ll live longer and healthier lives. “Levying greenhouse gas taxes on food commodities could… be a health-promoting climate policy in high-income countries” they write. Unfortunately, results may vary. Removing large amounts of greenhouse gas emissions from the food sector with a global food tax would also mean removing large amounts of protein from the diets of some of the poorest people on Earth. Under the Oxford plan, death from malnutrition would actually increase in benighted lands such as Bangladesh, Ethiopia, Nepal and Myanmar. But it’s a trade-off the researchers seem to accept: “We found that the health benefits from tax-related reductions in obesity could outweigh the health losses from increased numbers of underweight people in three-quarters of all regions.” In other words, putting portly folks in rich countries on a food tax-induced diet is considered a fair trade for any deaths that might be caused by deliberately starving people in poorer countries with the same policy. How’s that for solving a First World problem?

Concerned that their global Sophie’s Choice might impede plans to save the world from climate change, the Oxford researchers also propose a massively complicated system of emissions-related taxes, industry subsidies, consumer rebates and government interventions in hopes of avoiding an increase in the net death rate due to food-related carbon taxes. But even if such a feat were possible in Canada, which is a developed country with a sophisticated tax system, a global beef tax would inevitably exacerbate protein poverty in large parts of the developing world and kill some of its most vulnerable people.

Another study published earlier this year in the British Medical Journal contemplates a tax on high-emissions food groups exclusively in developed countries. Once again, however, the peril of unintended consequences looms large. Deliberately increasing the price of meat and dairy, the researchers found, would cause consumers to increase their consumption of soft drinks and pastries. The carbon footprint of sugar is comparatively low and any tax focused on greenhouse gas emissions shifts relative prices in favour of sweets. As a result, the authors argued for an accompanying soda tax to stave off the expected population-wide weight gain resulting from their climate change food tax. This raises the unpleasant spectre of public health officials centrally-planning a thoroughly unappetizing national diet through manipulation of the price of all foods.

As this brief survey suggests, any plan to tax beef or other meats inevitably raises a host of intractable ethical and practical concerns. Beef is a crucial source of protein and policies that make it prohibitively expensive will cause nutritional crises in many parts of the world. In richer countries, those same policies threaten the right of individuals to make personal food choices. Further, arguments based on the worldwide statistics do a disservice to Canadian producers and our contribution to agricultural science.

While almost a third of greenhouse gas emissions may be related to agriculture on a global basis, in Canada this figure is far less – a mere eight per cent. And emissions related to raising beef in Canada have fallen by 15 percent since 1981 due to improvements in feeding, care and land use. Canadian research into new livestock diet innovations shows promising potential for further emission reductions. In truth, the real problems with methane lie with low-efficiency and subsistence farming in the poorest parts of the world, where they simply can’t afford to pay more for food. A kg of beef raised in Africa, for example, produces 71 kg of greenhouse gas emissions, three times higher than Canadian results.