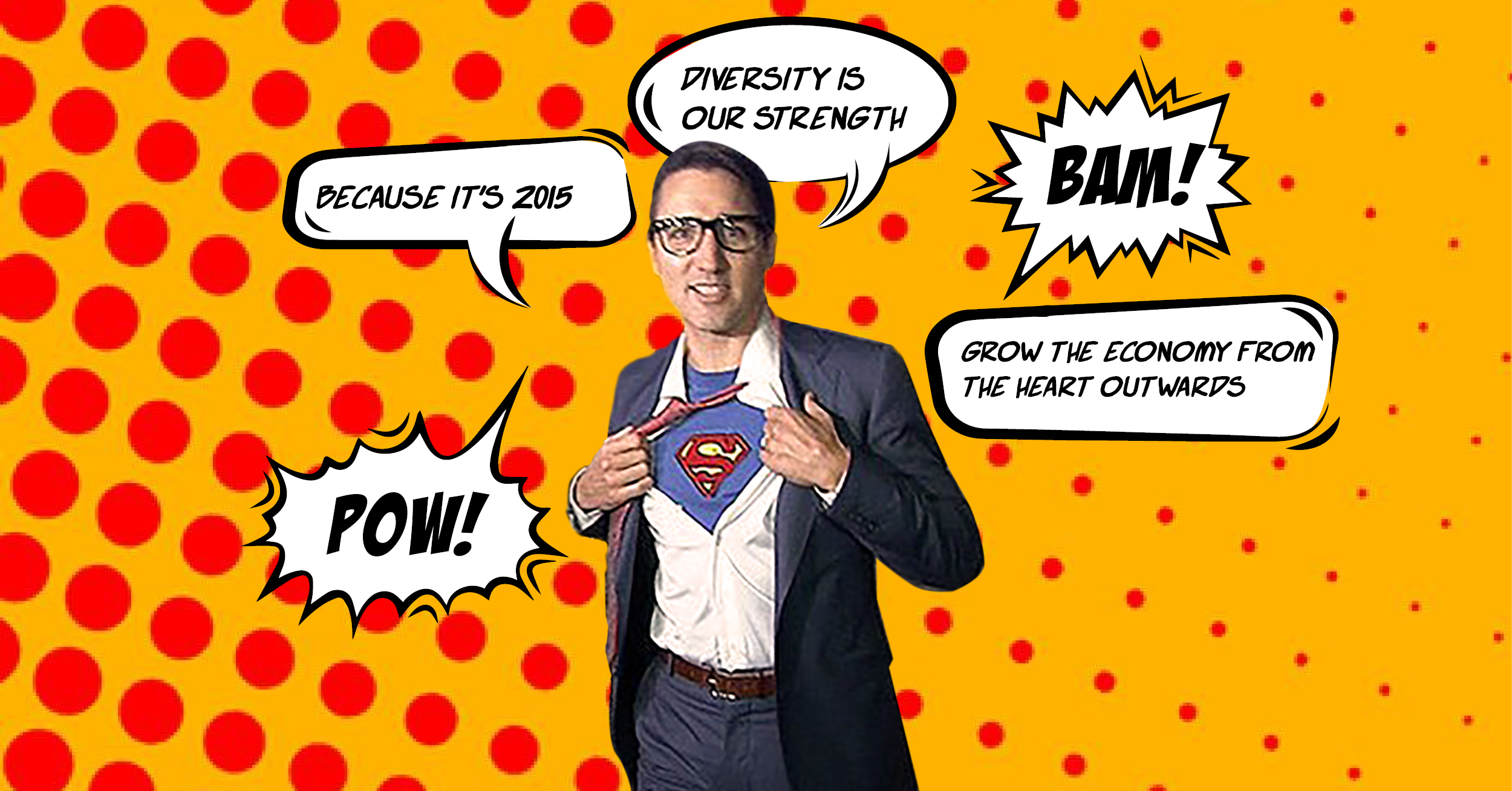 It’s a good thing Justin Trudeau is so (terrible phrase) “media-friendly” that his combination of celebrity and good looks granted him glib and easy press for the first year and a half of his tenure. Image is dominant in our brave new world, and while contrary to the proverb, a picture is NOT worth a thousand words, there are so few today who want to, or in some case can, read a thousand words. Pictures regardless of their worth as words simply must do.

It’s good for Trudeau for an even stronger reason than the decline in genuine literacy.

With words he’s a dud. I am not referring only to his delivery, which is frequently a series of stammers, the “uhs” and “ahs” and “ums” that seem to carpet bomb his every sentence. That might be just nervousness when called on in a scrum, or in an off moment on the campaign trail. Mr. Trudeau’s bad even when he’s prepared. We’re not reaching for comparisons to Lincoln or Churchill. For contrast Stephen Harper will do just fine. Harper is Cicero compared to Trudeau.

Poor verbal skills are a major deficit in a leader. In the absence of the ability to speak forcefully and articulately, certain defenses must be called up. In Mr. Trudeau’s case he seeks protection in a handful of stock phrases and tag lines, monotonous strings of platitudes endlessly iterated. On any of his progressive fixations – male feminism, inclusivity, gender, the indigenous file – we have all grown familiar with the litany of pat formulas and ready truisms.

“The budget will balance itself” is one of Trudeau’s classics. So is the charming fillet of fluff when he pledged “to grow the economy from the heart outwards.” Coutts-Hallmark meets Adam Smith. And then on any awkward or fraught social moment – there’s the sturdy standby “that’s not who we are as Canadians.” Very early on he set the pattern with the “because it’s 2015” which became some sort of an answer-all for every progressive urge visited upon the unenlightened.