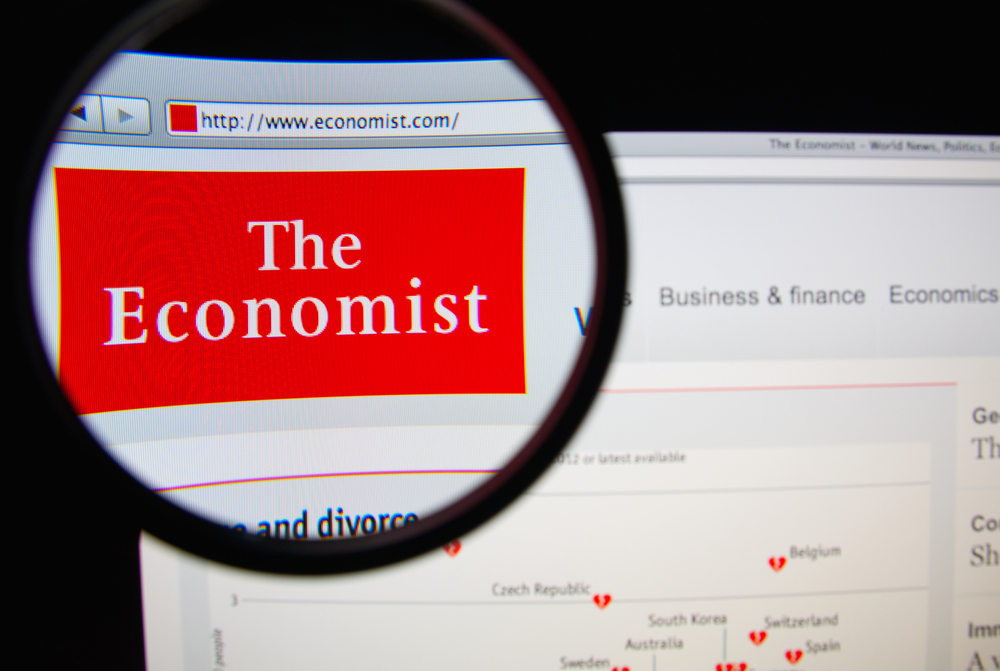 David Frum, the Canadian-born American journalist, once outed The Economist magazine as mostly written by unnamed freelancers who, in the style common to the British-based weekly, used an authoritative tone to persuade readers that its writers know more than they actually do. It was a devastating, but fair observation.

An example of Frum’s assessment — and why it matters — was on full display in a recent edition that slammed Canada’s energy sector. The Economist, in so doing, offered its readers misleading analysis. Its mistakes are relevant — and correcting them important — because the magazine’s readership includes people in elected and corporate head offices around the world.

So where did The Economist get it wrong? Let’s start with how in its December attack on energy extraction in Canada (“Justin Trudeau’s climate plans are stuck in Alberta’s tar sands”), the magazine claimed Alberta Premier Rachel Notley is “demanding that the federal government speed up construction of a new pipeline to the west coast.” This was in reference to the proposed expansion of the Trans Mountain pipeline.

But of course, Trans Mountain is hardly “new.” It was started in 1951 and was completed in 30 months, by October 1953. Today’s proposed project is an expansion — a twinning of its existing pipeline to triple capacity.

The Economist was flat-out wrong elsewhere. The magazine argues that “Alberta’s fortunes rose when oil prices were high, but it did not save enough to cope when they fell.” As proof, it offers the predictable comparison between Alberta’s meagre Heritage Fund, the province’s financial savings generated from oil sales, and Norway’s own version.

And here’s more fake news. The magazine claims that “the oil industry and the province are suffering from self-inflicted wounds.” It says it was a mistake for the province “to rely for too long on just one customer, the United States, which buys almost all Alberta’s oil-and-gas exports.” This is a major, misleading assertion.

As The Economist’s editors and writer should well know, Canada’s energy sector has tried to build pipelines to new Canadian ports for over a decade, precisely to diversify away from the U.S. market. But American-funded and domestic-funded anti-energy activists have worked to successfully block multiple proposed pipelines, including Northern Gateway and Trans Mountain to the west and Energy East to New Brunswick, and with them the possibility of opening new foreign markets.

As for the diversification of Alberta’s economy, a magazine founded in the 19thcentury on the principle of free enterprise really should be aware of the economic concept known as comparative advantage. It really isn’t complicated. A region develops most economically based on what nature and nearby population hubs serve up. It is why, for example, Alberta (and the rest of Canada), will never sell warm weather tourism, unlike say Hawaii.

No politician can wave a magic wand over northern British Columbia, Alberta, Saskatchewan, or Newfoundland — where most oil and gas extraction now occur — and turn them into the economies of Vancouver, Toronto or, for that matter, London, England. Alberta is, as many people have noted, blessed by geology (lots of oil and gas) but cursed by geography (far away from markets for that product, and a location that makes it more difficult to diversify).

Alberta’s economy has nonetheless steadily diversified in most years. In 1997, energy as a percentage of Alberta’s economy was 39 per cent. That dependence declined to 26 per cent by 2013, before rising again to 30 per cent as of 2017.

But the most significant omission in the magazine’s piece disparaging Alberta is how it skipped over the big picture — the worldwide one. It’s a bizarre omission for an international publication. The Economist decried Canada’s oil and gas sector and also mentioned Canada’s carbon dioxide emissions, yet somehow ignored how the International Energy Agency forecasts oil and gasdemand and production to continue to increase globally until at least 2040. Also unmentioned was how CO2 emissions in China increased by 1,382 megatonnes between 2010 and 2016, compared with just nine megatonnes for Canada since 2010. If anything, the developing world needs more Canadian resource ingenuity, not less.

The Economist wasn’t reporting the news. It was an agenda-driven opinion piece dressed up as news with multiple, mistaken claims that served to denigrate Canadian energy. It’s yet one more foreign voice demanding that Canadians sacrifice our energy sector and economic wellbeing while oil and gas demand and thus exploration, extraction and exports soar in the rest of the world.