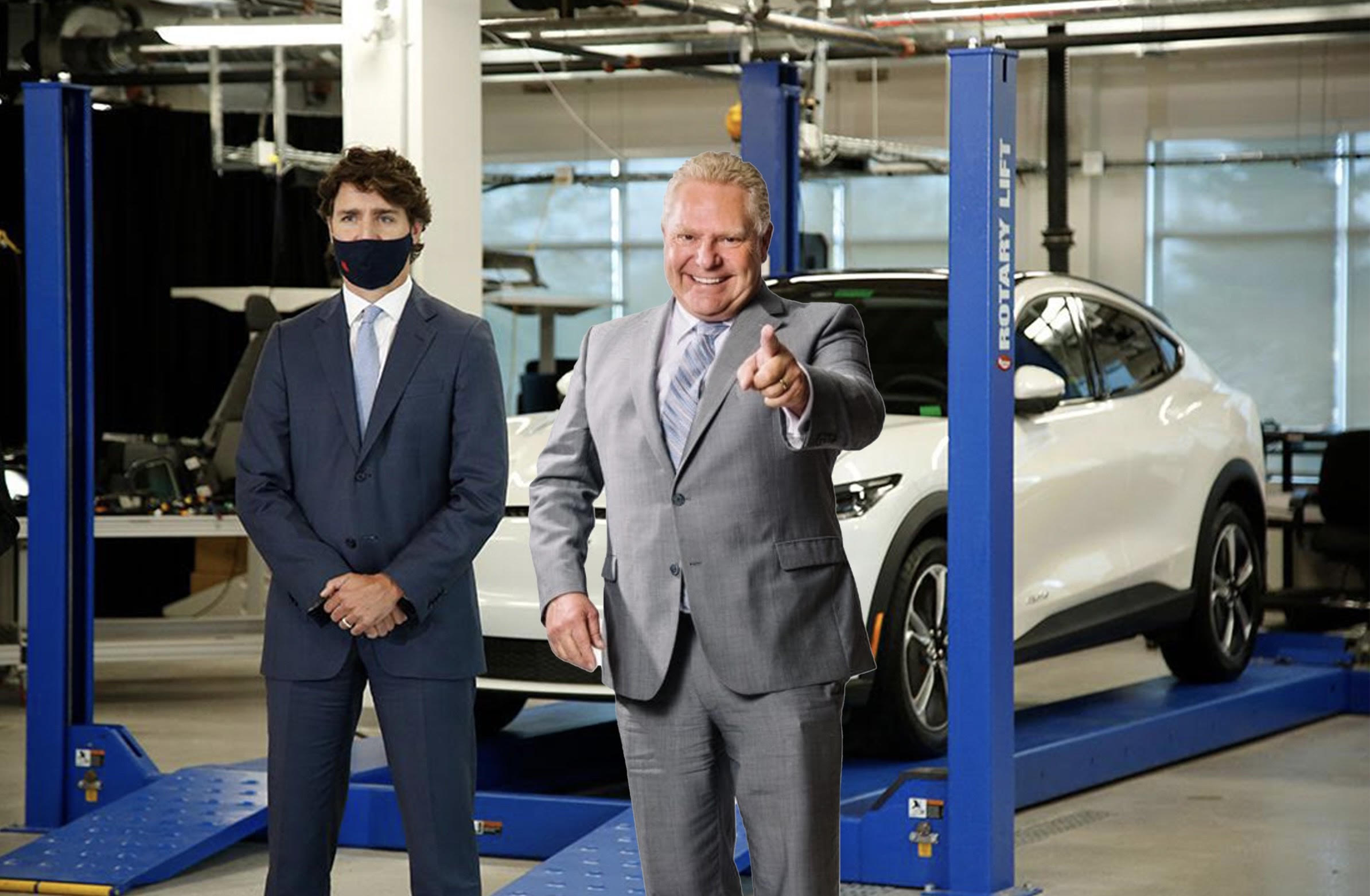 Doug Ford, Ontario Premier, and the man who came to power on a wave of anti-carbon tax rhetoric, and a plan to kill the Green Energy Act, is looking a lot like a proponent for the same kind of policies now.

Ford noted last week that he inherited an energy mess from the previous Liberal government.

And then he assured us that he and his colleagues are "chipping away at it."

Yet earlier this month, he handed $295-million tax dollars out to Ford Motor company for electric vehicle manufacturing in Oakville.

Memo to the Premier: subsidies for electric vehicles suggest a build-up, not a chipping away, of bad energy policy.

And when you are handing out taxpayer dollars alongside Justin Trudeau doing the same, it looks worse. It looks like the failed Green Energy Act all over again.

Why do I say that taxpayer subsidies for Big Corporate America to build electric vehicles is “bad energy policy”? Even if the vehicles will result in new jobs for Ontario?

Some context is useful here.

Why do the large auto companies build electric vehicles?  People say they want electric cars, but really don’t buy them in any significant number. Why not?

The vehicles are too expensive to buy unless they are subsidized with big public dollars, and even then, only the wealthy can really make the purchase. Electric cars are on average $10,000 - $30,000 more expensive than non-electric cars.

And building them is too expensive without more public dollars – like the hundreds of millions given by federal and provincial governments to Ford Canada – for anyone to build the plant.

The companies then pretend – with glossy virtue-signaling ads – that they are pursuing a better environmental future when in fact they are promoting a lost leader aimed at ensuring regulatory compliance.

Auto companies are only keeping facilities in Ontario because of subsidies. The previous Liberal government destroyed energy affordability and so auto companies have been threatening to leave.

Doug Ford is only making the problem worse by offering more subsidies for cars that no one will buy.

Then Ford and Trudeau – having taken your money three times – virtue signal about responsible choices. And who gets hurt? Not the wealthy Ontarian who can afford the electric car, but the working Ontarian who will see more debt load, higher energy prices, fewer job opportunities, and a less competitive province.

Premier Ford, stop trying to design an industry sector for Ontario – government shouldn’t do that, and fails when it tries. Just get back to the basics and try to keep energy affordable for Ontarians. Jobs and investment will follow.