The Kielburgers are green hypocrites too 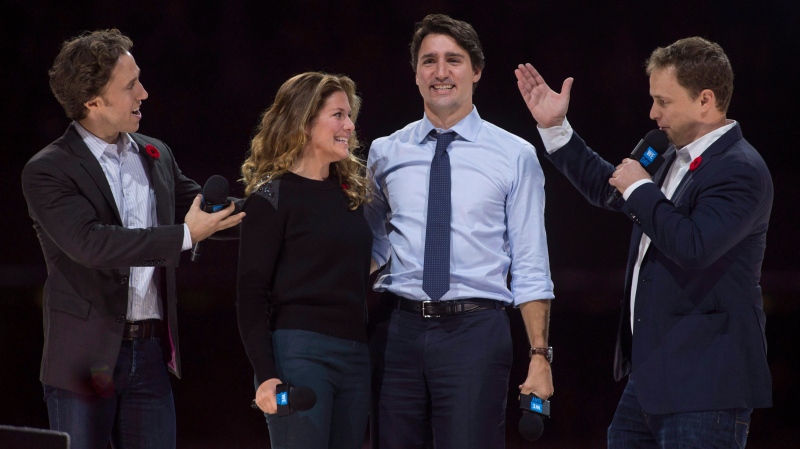 In case you were wondering, Craig Kielburger is a proponent of a green recovery.

Why am I not surprised?

Craig and brother Marc are at the very core of the latest Justin Trudeau abuse of public trust – the WE Charity boondoggle.

As I write this investigations by the Finance Committee are proceeding into just how a series of organizations run by the Kielburgers paid hundreds of thousands of dollars in fees and expenses to various members of the families of Prime Minister Trudeau and Finance Minister Morneau.

At the same time, the Government of Canada had entrusted – until it was very suddenly canceled when media got wind of things – one of those Kielburger organizations (apparently a real estate owning shell company) with over a half a billion dollars for a student volunteer grant contract.

Shortly before the WE charities and businesses came under parliamentary scrutiny, Craig wrote an article about the importance of maintaining environmental standards in the face of a global pandemic.

Kielburger chastised governments for allegedly rolling back environmental regulations – simply not buying the idea that this might ease the financial burden on business during the pandemic.

He went further: “We need to make environmental measures part of the economic solution. Building green infrastructure like clean energy and more efficient buildings would provide the most cost-effective investment to restart the economy…”

With all due respect, how can a guy negotiating a $500 million+ sole source contract with $40 million+ in project management fees for his enterprises  – all of these costs paid by Canadian taxpayers – to subsidize his virtue signaling experiments, dare to lecture Canadians on the cost-effectiveness of energy policy?

I wonder if Craig and Marc worry about whether they can pay their monthly energy bills?

I wonder if Crag and Marc have to worry about the price of gas (now above a dollar a litre again –  a growing percentage of which is carbon taxes)?

The most cost-effective investment on energy for Canadians is to keep energy affordable – not drive up the price with yet more programs and regulations and laws that just burden Canadians.

Craig Kielburger sounds like a wanna-be contributor to the Resilient Recovery campaign Gerry Butts and company are pushing.

WE focuses on educating youth. As part of WE’s “Issues” section on their website, the organization classifies the Environment, Climate Change and Biodiversity Loss as global and local issues that Canadian youth ought to address. Their resources for students include the David Suzuki Foundation and 350.org, two groups that have actively worked in Canada to shut down our resource sectors and that advocate for more and more burdensome costs like carbon taxes on Canadians.

That’s the same Paris Agreement with unachievable targets that is driving Canada wholesale into economic crisis by crippling the resource sectors that ensure the affordability of energy and well-being of our society.

Not once does the WE, ME to WE, WE Charity, or any other of the myriad groups in the Kielburger empire mention that families survive when goods and services are affordable, and that a key service is affordable energy.

Much of the Kielburger charity focus is the developing world - should the organization not mention that one of the best ways to improve quality of life in any country is to end energy poverty? And the best means of ending energy poverty is through efforts to keep energy affordable?

People like the Kielburgers, and Finance Minister Morneau, and Prime Minister Trudeau and Gerry Butts, are firmly convinced that they know what is best for you – and they will take your money and spend it on those things that they have decided will help you. So don’t you dare question their motivation.