What's happening in California and why Canadians should be watching 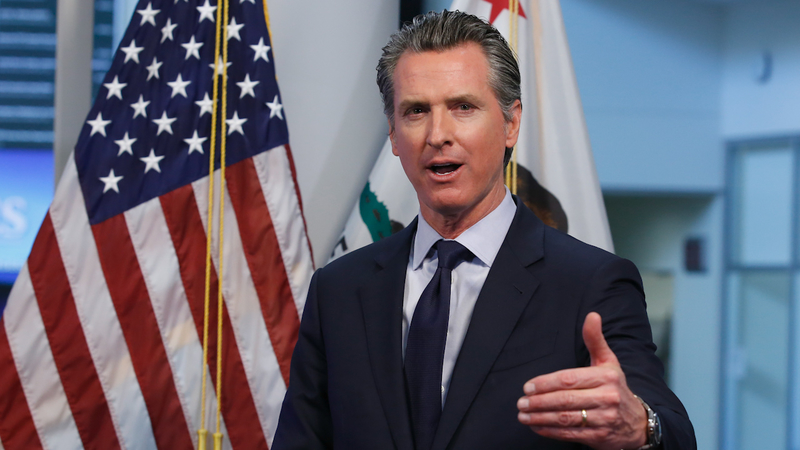 There has been a lot of chatter in Ottawa about Canada creating a “green” recovery following the COVID-19 pandemic and the resulting economic recession. People within the Trudeau cabinet such as Catherine McKenna and Steven Guilbeault, and trusted confidants of Prime Minister Justin Trudeau such as Gerald Butts and Mark Carney, are true believers in the need to build back green.

Part of this green ideology is a strict adherence to the false belief that renewable energy must become our sole source of energy and that it must happen quickly.

This blind faith in the power of renewable energy sources like wind and solar is dangerous.

As we have often said, renewables are always expensive and usually inefficient. They drive up the price of energy for consumers and undermine reliability of the energy grid. We have previously commented on failed systems in Ontario, the UK and Germany. For another example - there seems to be a new one emerging every day - we can look at California.

Over the past decade, there has been an aggressive push in California to electrify everything. According to a recent Forbes article, this has resulted in “one of the most-expensive and least-reliable electric grids in North America'' where the average cost of residential electricity was 47% higher than the U.S. national average in 2019.

The price will only keep rising: electric utilities are scrambling to comply as California will require 100% ‘carbon-free’ electricity by 2045. This means electricity utilities must reduce their use of affordable natural gas for power generation – and use more expensive, less reliable renewable alternatives. It also means the electricity grids must be updated to meet the requirements for renewable supply (i.e. significant additional cost to pay for the new transmission infrastructure).

And then Californians have to deal with the push by local governments to get their communities off natural gas for domestic needs (cooking, barbecuing, water and space heating), forcing residents to use more expensive electricity for these energy requirements.

More and more expensive electricity, new costly transmission systems, and less dependence on energy alternatives like natural gas - all this means higher bills for consumers. California has the highest poverty rate of any state in America - should people in elected office be imposing high prices for essential energy on the population?

But expenses that lead to energy poverty are only half the problem - if you can believe it. In addition the whole green policy agenda means a much less reliable system.

A recent heatwave has caused the state to impose rolling blackouts on consumers to prevent the system from failing because it can’t keep up with demand. Solar energy might help power air conditioning during the day, but when the sun goes down and temperatures do not, there is nothing to rely upon to meet high demand. The result? The risk of system failure.

To prevent the grid from shutting down completely, operators are administering rolling blackouts. The blackouts should not last for more than two hours at a time per neighbourhood. But two hours in 40-degree heat is not ideal - especially for vulnerable populations. Imagine if it was winter in Canada and the weather was minus-40.

The opposite problem exists as well. When demand is low, there is no storage to save up the unused energy - which means the precious wind and solar energy is being wasted. An analysis by Mark Nelson and Michael Shellenberger - a former candidate for state governor - lays the situation out clearly: “As wind and solar capacity climbs, the returns of usable power diminish because of increasing curtailment during surges that the grid cannot absorb.”

Either demand is too high, and there are no stable sources of energy to meet it, or demand is too low and the energy is being wasted. No matter what, consumers are paying for it.

California’s energy crisis is just another in a long list of examples of failed attempts around the globe to create green energy systems. It is ridiculous that in the 21st century, in the wealthiest country in the world, rolling blackouts are necessary to maintain an energy grid. We have the resources to bring reliable, affordable energy to everyone. But we can’t do that without hydrocarbons. Renewables are not capable of delivering our energy needs, so why do we keep making people suffer?

And yet this is what politicians like Justin Trudeau and his crowd continue to do. Their plan to transform our country into a “green utopia” will mean California north - where rolling power outages will be common and families will have huge bills and unreliable energy supply.

Choosing between energy needs and feeding families should not be part of Canada’s future.