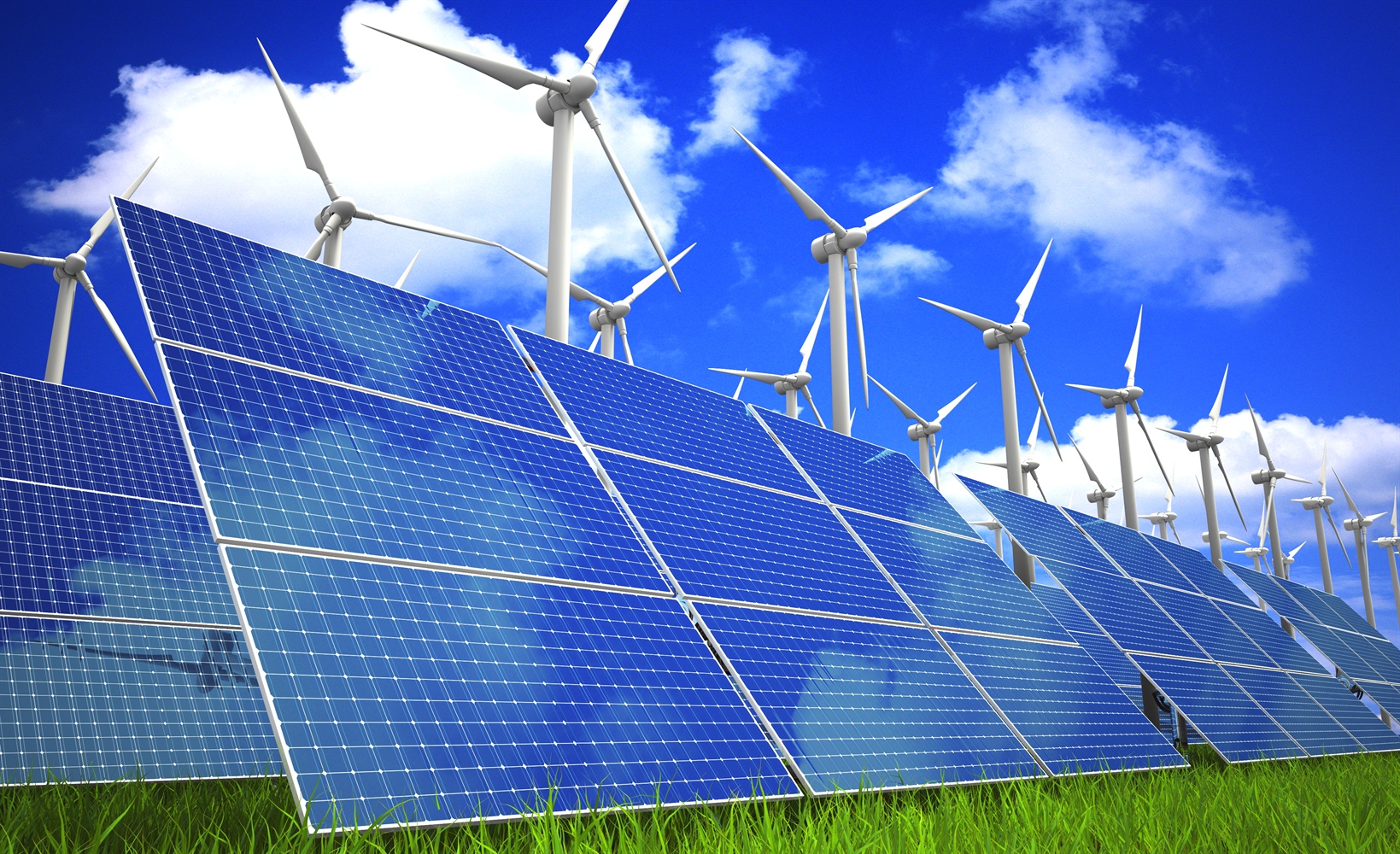 A clean-energy future comes with significant costs for Canadians: Williamson

New policies are coming into force that will profoundly influence how Canadians make a living, heat their homes and get from place to place. They are the result of politicians accepting climate models pointing to a potentially catastrophic global crisis. We are told that without a radical shift away from long-established practices and energy sources, our very way of life is at risk. - Globe & Mail

Federal NDP leadership candidate and current Ontario MPP, Jagmeet Singh has declared that he will, if elected prime minister, adopt and implement the United Nations Declaration on the Rights of Indigenous Peoples, stop the Kinder Morgan pipeline to the B.C. coast and kill the Energy East pipeline. These are no doubt popular positions in some NDP circles, and even with significant numbers of Indigenous communities, but it is a mistake to project them uncritically onto Indigenous peoples. - Globe & Mail

Globe editorial: Why subsidies for electric cars are a bad idea for Canada

The Montreal Economic Institute put out a study on the costs and benefits of taxpayer subsidies for electric cars. They considered the logic of the huge amounts of money being offered to purchasers in the country’s two largest provinces. In Quebec, if you buy an electric vehicle, the government will give you up to $8,000; in Ontario, buying an electric car or truck entitles you to a cheque from the taxpayer of between $6,000 and $14,000. The subsidies are rich because the cars aren’t cheap. - Globe & Mail

Who’s right? Who’s wrong? Who’s on first? What’s on second? Are you not perplexed when thinking about Alberta’s oil and gas industry? How many contradictions can we come up with?  How many differing “expert” opinions can be expressed about environmental impact, world oil demand, and the future of gasoline/diesel-fueled transport? The media is flooded with stories about the impending electrification of automobile engines. Volvo made headlines by announcing every vehicle it makes after 2019 will be either hybrid gas/electric powered or all-electric. Tesla’s every move is a front-page story. At the same time, world demand for oil has gone from 80-million barrels a day in 2010 to an expected 100-million barrels a day in 2018. The overall world outlook for oil suggests a moderating of the year-over-year growth in demand for oil/natural gas, but certainly not a serious slowdown or decline in demand. Meanwhile, the United States, for the first time, is becoming a significant oil exporter. - Edmonton Sun

Apache Corp.'s nearly $1B divestment from Canada part of a planned shift

Management at Houston-based oil producer Apache Corp. has finally pulled the trigger on completely exiting Canada after signalling for months that it could sell its Alberta and British Columbia assets. Apache late Thursday said it would sell its remaining oil and natural gas assets in the two western provinces to Calgary-based Paramount Resources Ltd., capping off a $927-million divestment from Canada over the past two months. The announcement follows a string of recent divestments, particularly in the oilsands, as foreign companies drop their Canadian assets in favour of high-yield U.S. shale plays. - Financial Post

Apache Corp. is leaving Canada amid heightened fears that regulations in Alberta’s oilpatch are driving away investment, but the Houston company has previously signalled intentions to focus investment on its latest discovery in Texas, analysts say. Paramount Resources Ltd., which is buying Apache’s Canadian subsidiary for $459.5-million in cash, will reap the rewards with the acquisition of “crown jewel” natural gas assets — at a discount, analysts said Friday. - Calgary Herald

Foes of the Keystone XL oil pipeline said Friday they may appeal a South Dakota judge's decision upholding state regulators' approval for the pipeline to cross the state, potentially extending the legal conflict over the pipeline. - Calgary Herald

Some provinces have already met their target for the 2030 greenhouse gas emission reductions that Canada committed to in the 2016 Paris agreement, an analysis by the National Energy Board shows. Those provinces are Nova Scotia and New Brunswick, plus the Yukon territory. The two provinces have reduced emissions by 30% by 2015 from 2005 levels, well ahead of the 2030 target date, according to the NEB data. British Columbia lags behind. As of 2015, the province had reduced its carbon emissions by less than five per cent, according to the NEB figures. - Vancouver Sun

The B.C. NDP, broadly echoed by its legislative supporter the B.C. Greens, campaigned on a promise to review natural gas extraction and subsidies. As some minister-to-be is now beginning to realize, the development and regulation of the natural gas industry is no small concern. - The Province

‘The market is in trouble’: Oil keeps falling, now below $44 a barrel

Oil fell on Monday, adding to heavy losses at the end of last week due to rising drilling activity in the United States and no let-up in supply growth from both OPEC and non-OPEC exporters. Prices dropped even as OPEC signaled it may widen its production caps to include Nigeria and Libya, whose output has recovered in recent months after being curtailed by years of unrest. Brent crude futures fell 51 cents on the day to $46.20 per barrel by 1120 GMT, while U.S. crude futures were last 49 cents lower on the day at $43.74 a barrel. “The market is in trouble and looks very vulnerable to lower numbers,” PVM brokerage said in a note. - Financial Post

The Fracking Industry Deserves Our Gratitude

Less than ten years ago, America’s energy future looked bleak. World oil prices in 2008 had spiked to more than $100 per barrel of crude. In 2012, when gas prices were hitting $4 a gallon in some areas, President Obama admonished the country that we “can’t just drill our way to lower gas prices.” Obama barred new oil and gas permits on federal lands. Steven Chu, who would become secretary of energy in the Obama administration, had earlier mused that gas prices might ideally rise to European levels (about $10 a gallon), thereby forcing Americans to turn to expensive subsidized alternative green fuels. In 2017, despite millions of square miles being off limits to drillers, America is close to reaching 10 million barrels of crude-oil production per day, the highest level in the nation’s history. From 2014 to 2016, fracking helped cut the price of gasoline by $1.50 a gallon, saving American drivers an average of more than $1,000 per year. Due to the fracking of natural gas, the United States has reduced its carbon emissions by about 12% over the last decade (according to the Energy Information Administration) — at a far greater rate than the environmentally conscious European Union.  -National Review

Royal Dutch Shell Plc plans to spend as much as $1-billion a year on its New Energies division as the transition toward renewable power and electric cars accelerates. “In some parts of the world we are beginning to see battery electric cars starting to gain consumer acceptance” while wind and solar costs are falling fast, Shell CEO Ben Van Beurden said in a speech in Istanbul on Monday. “All of this is good news for the world and must accelerate,” while still offering opportunities for producers of fossil fuels. - Boston Globe

U.S. officials have released an early plan for what could become one of the biggest natural gas fields in the nation. The Normally Pressured Lance Field in western Wyoming could eventually cover 220 square miles and have as many as 3,500 wells. - New York Times

Accelerating world oil demand and reduced supply from the Organization of the Petroleum Exporting Countries (OPEC) could push crude prices up to $60 a barrel before the end of the year, according to a report from Barron's. - Reuters

Wind and solar projects remain competitively priced even after they are required to have battery storage to comply with tough new standards recommended in the Finkel Review, according to a new report. The report by Melbourne-based carbon consultancy, RepuTex, found wholesale prices would continue to rise unless there was a new climate policy such as the Finkel Review's proposed Clean Energy Target (CET). Wholesale prices are emerging as a major political headache for state and federal governments with a record increase in the second quarter of this year compared to 2016 – with the cost increase likely to be passed onto consumers before the end of the year. - Australian Financial Review