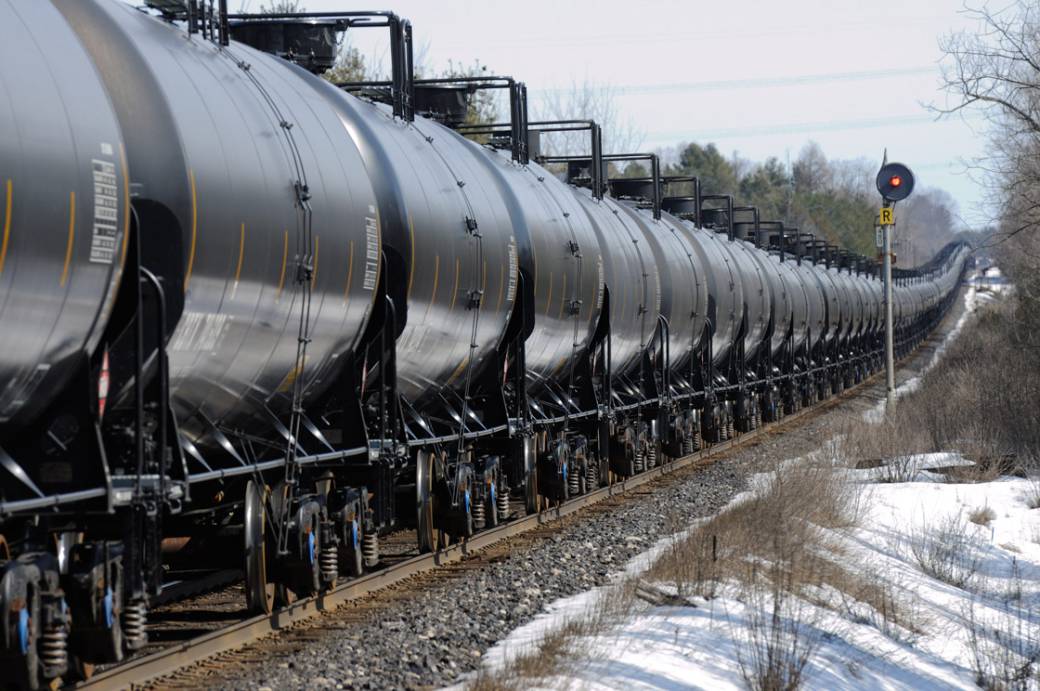 Alberta’s Premier Rachel Notley was simply telling it as it is when she stated that Canada’s oil has to get to the global market if we are going to be a player in the 21st century market. As Postmedia recently reported, Canadian crude shipments to the United Stated by rail jumped in March to their highest level in 18 months. The National Energy Board found Canada exported 155,655 barrels of oil per day to the U.S. via railcar that month — up 52% from the same period the year before. Analysts reckon this is because pipeline capacity has been filling up and there’s nowhere else for Alberta’s crude to go. - Calgary Sun

The full impact of Premier Kathleen Wynne’s controversial 25% hydro rate cut will kick in July 1 after the Ontario Energy Board approved some final changes Thursday. That means the average monthly bill will have dropped about $41 this year to $121, including the 8 % HST rebate on electricity bills that took effect in January and other measures in place since May 1. Opposition parties have been highly critical of the plan as short-term gain for long-term pain because of the billions in extra costs to amortize those improvement costs over the next three decades. - Toronto Star

The federal government will bolster a project aimed at addressing challenges in harnessing the crushing tides of the Bay of Fundy and beyond to create renewable energy, Canada’s natural resources minister said Thursday. Natural Resources Minister Jim Carr said the federal government will contribute $1-million to the project led by the Offshore Energy Research Association, which will look at current knowledge gaps in tidal power. “Canada is a leader in tidal power technology, but for all of our expertise, there are still gaps in our knowledge — still unanswered questions — that we have to fill and to answer,” Carr said during a news conference at the Bedford Institute of Oceanography in Halifax. - The National Post

Four of Canada’s biggest banks are the largest providers of $5.5-billion in credit for Kinder Morgan’s Trans Mountain pipeline expansion project, the company said in regulatory filings on Thursday. Along with 20 other banks backing the expansion, they are expected to face increasing pressure from environmental and indigenous activists, who have said they would ask the financial institutions to drop Trans Mountain once they are named. - Globe & Mail

Nearly 50 years after the opening of Canada's first major oilsands mine, the site on the banks of Alberta's Athabasca River is an epicentre of energy, teeming with bustling workers amid signs of its pioneering past and cutting-edge future. One of the mine's upgraders — opened in September 1967 — turns heavy, sticky oilsands bitumen into light synthetic oil to ship to market. In the very near future, the ore containing that bitumen may be hauled by driverless trucks currently undergoing testing on site. Canada's oilsands are at a crossroads. Estimated to contain 166 billion barrels of crude recoverable with today's technology, they are also loathed by environmentalists who fear their development will accelerate climate change. Production is expected to continue to grow in the years ahead, and so the industry is developing unique technologies to extract more black gold more efficiently while lessening its environmental footprint. - Times Colonist

The contentious subject of proposed changes to the environmental assessment process arose in nearly every session and individual presentation offered at this week’s 40th annual Noia conference in St. John’s. While the federal government is considering changes and additions that could make the process more robust, the industry’s chief concern is about how it will affect project timelines. - The Telegram

Nalcor Energy is slated to give an update today on the $11.7-billion Muskrat Falls hydro development in Labrador. The project is two years behind schedule and about $4-billion over budget. - The Chronicle Herald

Former premier Brian Peckford told a story Thursday about the fight for the 1985 Atlantic Accord and, specifically, the battle over where the offshore oil industry regulator would be headquartered. The lengthy speech focused heavily on the obstacles the Newfoundland government faced in the 1980s as it pushed for joint management of offshore oil developments. Speaking to reporters afterwards, Peckford said he worries that people are starting to forget about the Atlantic Accord, and as the oil industry grows and develops, politicians aren’t fighting for the legal rights that were won years ago. - The Telegram

Ottawa needs to work with Saskatchwan

Relations between federal and provincial governments cannot simply be based on issues that might suit both governments’ agendas … or when it suits the federal government agenda.

In the case of the often-stormy relationship between Trudeau and Wall, it would be fair to say that Wall could choose to be less difficult. But it would be just as fair to argue hat Trudeau has been far too indifferent to Saskatchewan concerns. This is especially so when it comes to his approach to energy and environment. - Yorkton this Week

Oil edges up, but still set for biggest first half fall since 1990s

Oil edged up on Friday, recovering from a 10-month low U.S. prices hit earlier this week, but crude remained on course for its biggest first-half decline in almost two decades as production cuts have failed to sufficiently reduce oversupply. - Globe & Mail

The City of Edmonton has launched a pilot project to help homeowners recognize the difference in their home energy efficiency. The “spot the difference” program allows homeowners to get an EnerGuide label and share their rating online and compare it other homes in Edmonton. Those who post their evaluation will receive $400 incentives to help pay up to 80 per cent of the evaluation. - Global News

Trump’s bright idea: a solar wall at the U.S.-Mexico border

U.S. President Donald Trump wants to add solar panels to his long-promised southern border wall — a plan he says would help pay for the wall's construction and add to its esthetic appeal. "We're thinking about building the wall as a solar wall so it creates energy and pays for itself," Trump said at a rally Wednesday night in Cedar Rapids, Iowa. "And this way, Mexico will have to pay much less money. And that's good, right?" A 2,000-mile solar wall could cost less than $1-billion, instead of tens of billions for a traditional border wall, and possibly become "wildly profitable." The idea also was proposed by one of the companies that submitted a design to the government as a border wall prototype. - CTV News

A new paper published by the National Academy of Science, by Chris Clack, formerly with the National Oceanic and Atmospheric Administration and the University of Colorado Boulder, and 20 other top scientists, appeared in the Proceedings of the National Academy of Sciences. It decimates the work of Mark Jacobson, the Stanford engineering professor whose wildly exaggerated claims about the economic and technical viability of a 100 percent renewable-energy system has made him a celebrity and the hero of Sierra Clubbers, Bernie Sanders, and Hollywood movie stars. The Clack paper proves that it’s well past time for the green Left and their political allies to quit claiming that we don’t need hydrocarbons or nuclear energy. -National Review

The Minerals Council of Australia strongly supports the Turnbull Government’s decision to ask the Australian Electricity Market Operator to investigate how best to ensure the continued supply of low-cost, dispatchable baseload power as older power stations retire over the next decade. This is an important and timely initiative that will help provide Australian households and businesses with reliable and low-cost energy over the medium and long term. - World Coal

Australia is set to apply LNG export controls, aimed at securing domestic supply of gas and keeping prices of the fuel in check, from January 1, the government announced earlier this week despite industry warnings about the decision’s potential impact on energy investment.

The plan to block LNG exports in the event of a domestic gas shortfall was announced in April in response to Australia’s energy market operator warning of potential shortages by the end of the decade, and came while Australia is tipped to become the world’s largest LNG exporter in 2019. - Hellenic Shipping News

NSW households to be paid to use less energy

A new initiative is tipped to change the way Australians utilise energy. Homes and businesses in New South Wales will be paid to use less power on hot days under a joint pilot program between the state and federal governments. The latest program is designed to stabilise the electricity grid.  - International Business Times

The West Australian Government's decision to increase the fixed supply charge for electricity could send the state's grid into a death spiral, an energy sustainability expert has warned. - ABC News